A young man (Colin Farrell) is aggressively recruited by a CIA veteran (Al Pacino) and once he joins he realizes that nothing is as it seems and he should trust no one. He progresses through a rigorous training program never really knowing what is real and what is a test, and his first assignment is to uncover a mole deep within the agency. Also with Bridget Moynahan, Gabriel Macht and Kenneth Mitchell. [1:45]

SEX/NUDITY 4 - A man and a woman kiss passionately in a parking garage, then in an apartment, and there they remove each other's tops (we see him bare-chested and she's in a bra) while they continue to kiss passionately. They lie on a bed, then we see them sleeping together (he is bare-chested and we see her bare shoulders and part of her chest). A man and a woman kiss passionately and then we see him lying on top of her in bed (apparently after having had sex) and we see his bare back and chest and her shoulders and legs. A man and a woman kiss a few times in a few scenes. A woman drops her robe and steps into a shower, and we see her bare back to the waist and part of her bare breast through an opaque shower curtain. We see a man bare-chested and in his shorts a few times, a woman gets out of bed and we see her bare thighs and cleavage as she puts on a shirt. A woman caresses a man's head and talks about wanting to kiss him and have sex with him. A man asks a woman if she wanted to have sex with him and if she thought they had chemistry together. Five men are given the assignment to pick up five women and make them want to have sex with them. A man bathes in a tub and we see his bare knee and shoulders. People dance close to each other in a bar scene. A woman wears outfits that reveal cleavage and her bare abdomen in several scenes. A man's shirt hangs open and exposes part of his bare chest. We see men and women in workout clothing (tight-fitting, showing bare shoulders and bare legs). There are a few references to sexual chemistry.

VIOLENCE/GORE 5 - A man is tortured in a cell: he is shocked with a battery and jumper cables (we hear him yelling but do not see the actual act), he is beaten repeatedly, he is placed in a cold shower, and he is starved. A man is shot repeatedly (we see holes in his clothing and see him fall back on the ground). A man chases another man through a train station, across tracks, and under tracks, he is shot at, he is tackled from behind, and the two men struggle and one is shot in the chest (we see blood on his jacket and in his mouth and watch him die). A man shoots at a man, another man is shot at and ends up with two bloody streaks on his face, and a man is shot at as he runs away. A man head-butts a glass door and pulls a shard of the glass out of a bloody cut on his forehead. A man and a woman are attacked, punched and dragged into a van, hoods are placed over their heads and they are bound. Two cars are driven recklessly, swerving and taking turns fast; they're driven through a gate, onto a dirt road, and off the road, and one crashes into a boulder. A man jumps through a window and onto a platform, and another man's leg is caught in an automatic door (he yells). A man grabs another man by the throat and holds him against a wall. Two men are threatened by many armed people (we see red laser dots on their chests). A man threatens a woman with a gun. A man breaks a window with his elbow and gets into a house, and a man punches a punching bag violently. There are armed guards posted at a gate and they use a dog to search a bus. There are several references to a man having died in a plane crash. A man talks about blowing away an old woman who's pushing a baby carriage full of explosives (she is a terrorist). Men and women go through physical training where they learn hand-to-hand combat, and fire guns at a firing range. Two men yell at each other in a few scenes. A man spills his hot coffee in his lap and complains.

SUBSTANCE USE - People are shown drinking alcohol in a few scenes and a man is shown smoking a cigar.

MESSAGE - Trust yourself. The desire to please can make you unable to see the truth in a situation. 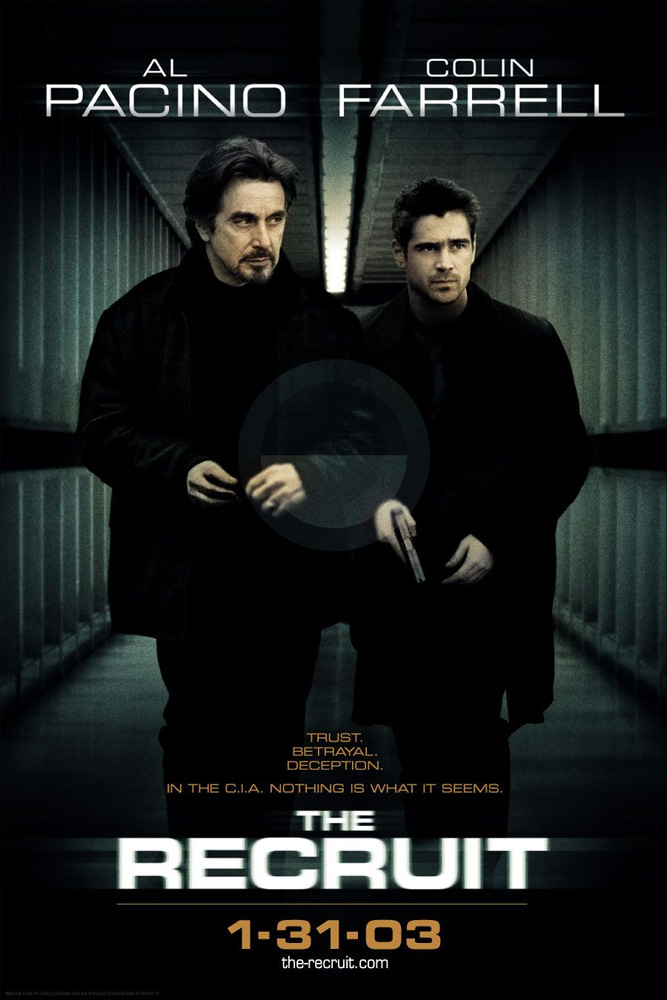