After a deal goes bad, a London drug dealer's life quickly spins out of control over the span of one week. With Richard Coyle, Bronson Webb, Agyness Deyn and Mem Ferda. Directed by Luis Prieto. [1:29]

SEX/NUDITY 7 - A man interrupts another man having sex with a woman who is bent over at the waist (we see the woman's bare buttocks and breasts as the man, wearing an open robe, thrusts above her); while the man is talking on the phone he makes the woman moan sexually for the person on the phone and he crudely remarks that he is now unable to have sex because the man scared him.
► A woman, fully nude, climbs into a bathtub (we see her bare buttocks from the side and her bare breasts). We see a man at a strip club and a woman wearing thong underwear and a sheer bra dances suggestively in front of him. We see women wearing lingerie dancing suggestively in a strip club (cleavage and bare buttocks are visible on the women wearing thong-style underwear). We see a clip of a woman dancing suggestively while wearing lingerie and sucking on her finger. We see a woman dancing while wearing lingerie in a kitchen. A woman's dress blows up in the wind and we see her underwear briefly. We see shirtless men in a sauna (their bare chests and backs are visible).
► A woman puts on lingerie and then straddles a man, she kisses him and the man angrily pushes her off him and storms away. A man runs his hands down a woman's body, then shouts angrily and jumps away (it is implied that the man discovers that the woman has male genitalia). We see men and women dancing together in a club, and a man rubs his hands over a woman's body.
► A woman tries to kiss a man, she pulls his face next to hers, and she tries to kiss the man and he pushes her away. A woman kisses a man on the cheek and lays her head on his shoulder. A man kisses a woman on the cheek.
► A woman tells a man, "You show me yours, I'll show you mine" and laughs as she takes a photograph (we see a blurry photograph of the man's crotch; nothing is clearly visible). A woman tells a man that another man had offered her money to perform oral sex on him (the woman turned the man down and is obviously upset about the interaction). Two men crudely discuss how a woman is going to put drugs inside her genital area and the men then crudely remark about the woman being unable to have enjoyable sex if her genitals "stretch out." Two women and a man crudely discuss where a woman could store a large amount of drugs as she attempts to smuggle them and the woman tells the men that she put the drugs up her anus, rather than inside her genital area. A woman tells a man that another woman had put a picture of a man's genitals on her social media page.

VIOLENCE/GORE 7 - A man shoots himself in the head with a shotgun (we see blood spray hit a rabbit in a cage and we see blood spatter on the wall behind the man); the man's body collapses to the ground and we later see one of the witnesses experiencing flashbacks of seeing the man with a puddle of blood under his head.
► A man is held down by two other men, and he grabs a gun and shoots one man in the buttocks and then shoots the other man; the men fall to the ground and the man then shoots another man in another room twice and rushes out of the room (it is implied that none of the men die).
► A man shouts angrily and instructs two other men to beat up a man, we see the man being kicked in the stomach, and then duct-taped to a chair and a man runs hot electrical circuits over the man's body (he passes out from pain); the first man shouts for the two men to cut off the injured man's finger and we him being dragged into another room.
► A man grabs another man, knocking him on the ground, he then kicks the man as he lies on the ground, takes a baseball bat and beats the man repeatedly, spits on the injured man and walks away (the attacker washes his hands later and a small amount of blood is seen washing from his hands); we later hear a woman tell the attacker that the injured man is in the hospital and we see him with a cut over his eye and a cut on his lip.
► A man slams another man's face and body with a large metal door, shoves the door against the man repeatedly and holds him at gunpoint; the injured man weeps, an elderly man interrupts them and the gunman rushes away. Two men harass an older man, one of the men hits him on the shoulder with a hammer and the older man crumbles to the ground in pain.
► A man grabs a woman and puts her in a chokehold, another man comes shouting at the man, and the man grabs the other man and shoves him against a wall (a small amount of blood is seen dripping from the man's nose); we see a man holding a knife to the man's face and threatening him (he drops the knife and storms away).
► A man holds another man at a gunpoint, and he then holds an entire party at gunpoint, shouting at them to give him all their money and jewelry as he waves two guns. Two men threaten another man telling him that he will "not have any kneecaps" if he does not obey an order. A man points a gun at another man and threatens him. A man intimidates another man, standing up briskly and staring the man down. Over the phone, a man threatens another man, saying that if he does not give him his money, he will never be able to walk again. A man threatens another man, telling him a story of how he had previously had to "use a knife" to intimidate a man who owed his boss money.
► A man tries to buy cocaine in the back of a car until a police cruiser corners the car, and one man jumps out of the car and runs, chased by a man and a woman; he is cornered at a pond where he dumps the cocaine into the water and we later see the man being interrogated by the police.
► A man chases three teen boys and we see them laugh as they run away from a destroyed car (implied to be the man's car). A woman shoves a man away on a dance floor, he swings at the man and a fight breaks out between four men on the dance floor (no one is visibly injured and moments later people start dancing again). A man shouts at a woman and he throws a bag in the woman's face. A man shoves everything off a countertop and shouts at an older man. A man shouts angrily at a man after he thinks that a man implied a woman is a prostitute. A man tells his mother that if he does not pay back a man, he will be killed tomorrow. A man tells another man that he had "smashed" another man after catching him urinating on a wall and he makes a crude remark about the man having deformed genitals.
► We see accelerated footage of maggots crawling, a rabbit decomposing and a heart beating rapidly.
► A man practices a spinning kick and another man shouts at the man telling him to not kick him accidentally (we see the man spin, then fall to the ground and whimper in pain). 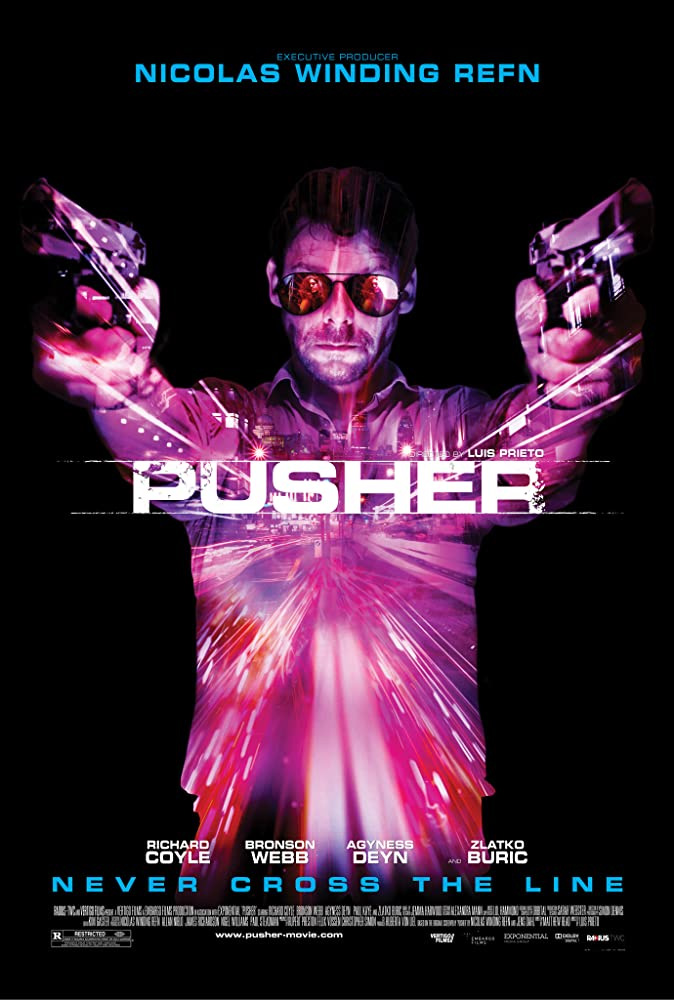