French film about a young Arab sent to prison, where he quickly advances through the underground prison criminal system and becomes a mafia kingpin. With Tahar Rahim and Niels Arestrup. Directed by Jacques Audiard. In French with English subtitles. [2:29]

SEX/NUDITY 8 - A man and a woman engage in intercourse in multiple positions, including the man thrusting from behind and the woman straddling the man; the man is seen lifting the woman's shirt, exposing her bare breasts and massaging them.
► A man watches a pornographic movie depicting a man standing behind a woman and thrusting, while the woman moans; it is implied that the man watching the film is masturbating.
► Multiple times men are instructed to strip down, revealing their genitals and bare buttocks as they are examined during a strip search; they are also instructed to bend over while a man looks for contraband hidden in anuses. Frequently male genitals and buttocks are seen as men shower. Men are seen without shirts throughout the movie. Pornographic photographs of women are seen, including photographs with full frontal nudity, as well as photographs of women's breasts. A video shows a woman exposing her bare breasts.
► A man asks another man for oral sex as a bartering tool. A man instructs another man on how to caress a man's genitals. A man asks another man if he would like to visit a prostitute, and the man declines. A man asks another man for the details of a pornographic film, as well as, in crude terms, whether the man had masturbated while watching.
► A man is seen lying in bed with another man, who is a ghost.

VIOLENCE/GORE 7 - A man holding a razor blade lunges at another man, attempting to cut his face: the two struggle, one man's throat is cut, and blood is seen spurting from the neck wound, covering the man and a room, as well as pooling on the floor; the other man watches the man's body shudder as he bleeds to death.
► A man opens fire on a car with four men inside: blood flies everywhere as three of the men are killed and the fourth man is dragged out and shoved into a van, where he is instructed to kill another occupant (the shooter is covered in blood and remarks that he is deaf from the sound of gunfire).
► During scenes of what appears to be a prison riot, men are seen stabbing one another in the back and head with knives; blood flies through the air as men wrestle each other to the ground, and stab one another.
► Two men pull a man from a room and attempt to suffocate him with a plastic bag; as the man gasps for air, a third man threatens his life, and the two men drop the man to the ground and walk away.
► Men rush into a shower room where four men are showering and beat them with socks filled with batteries and loose change, until the men beg for mercy.
► Extremely short but very violent outbursts are seen throughout the movie, including multiple scuffles in a prison yard: men kick and punch one another and quickly walk away, men lunge at one another, knocking one another to the ground, men kick or pin each other against a wall, and men hold knives to each other's neck.
► Two men attack another man, knocking him to the ground and kicking him in the back and stomach; he gets up and slams one of his attackers into the wall while the other man slams him into the ground again, kicks him and walks away.
► A gun is held to a man's head after he is forced into a room where another man is dragged in, his head covered with a bag, his body bloodied, his hands bound, and seemingly unable to walk due to having been tortured; a jokes that he will shoot him, but walks out of the room, taking the bag off the man's head as he leaves.
► A man slams another man's head into a table and pushes the edge of a spoon into the man's eye, while threatening him; he is later seen, crying, his eye swollen and bloodied from the attack.
► A man struggles as he carries another bloodied, injured man down the street. Two men mace another man and after kicking and beating him, drag him into the back of a van, covered in blood. After a man cuts himself from a razor blade stashed in the side of his mouth he is seen spitting blood. A man imagines seeing the ghost of a man, his neck cut and bleeding, smoke floating from the slit in his neck, and the man imagines the ghost's back catching on fire.
► Men holding guns and knives rush into a family's home, hold a gun to an older woman's head, put a noose around her neck and gag her; they then take a photograph which is later shown to a man in order to intimidate him (shots are heard, but no blood or deaths are seen).
► A car hits a deer: the deer, bloodied and mangled, is seen flying through the air, and the windshield of the car caves in and is covered in blood. Men are seen covered in animal blood as they carry the carcass of a dead deer, and the carcass is later seen being washed and hung to dry.
► A man drives quickly as another car pulls alongside, he shouts, pulls out a gun and shoots out the window of the other car.
► Men are seen in handcuffs, as well as being pressed against the ground and being handcuffed.
► Men repeatedly discuss the killing of multiple people, killing people for profit, detailing the importance of ensuring that the person is killed and instructing another man how to kill a person by slitting their throat with a razor. A man tells a story about how he allowed his dog to attack him, as well as "tear other people to pieces." A man remarks that another man had no skills aside from attacking police officers.
► The sounds of shouting and screaming are heard throughout the movie, including an instance where loud shouts in unison are heard as men drop lit pieces of paper from open windows into a courtyard.

SUBSTANCE USE - People discuss selling, smuggling, and indulging in various illegal substances, including seeing a man smoking hash and injecting himself with heroin. Men smoke continuously throughout the movie.

MESSAGE - Once you become involved in violence, it is almost impossible to free yourself. 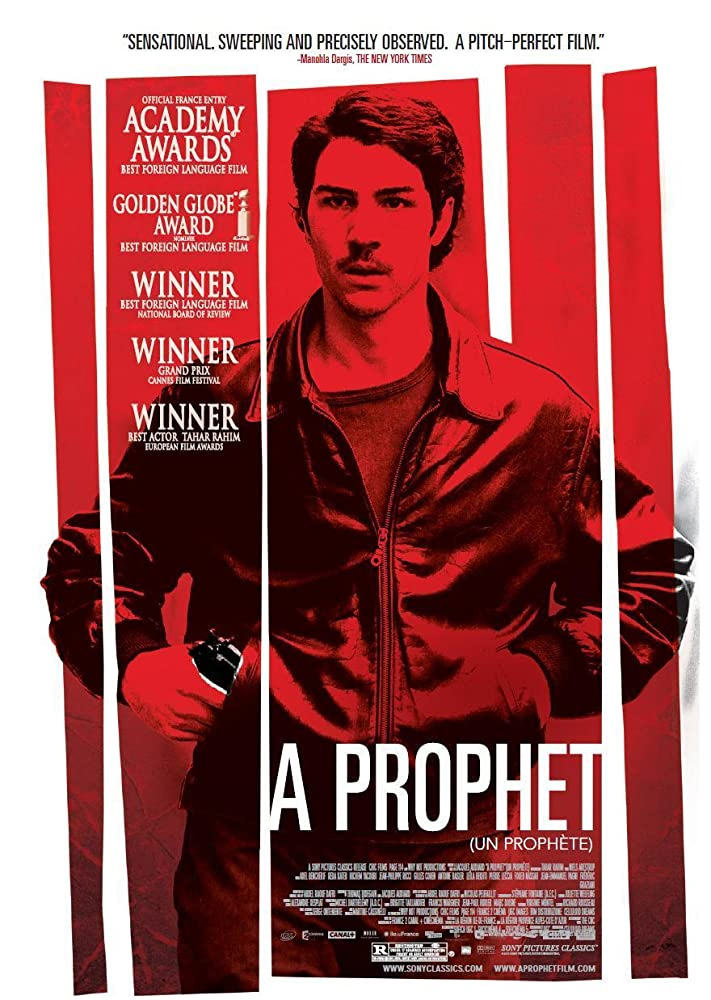