A movie actor (Cole Hauser) enjoys a meteoric rise to stardom, but suffers the consequences when an overzealous group of paparazzi stalk his every move and that of his family. When the paparazzi cause a car accident that injures his wife (Robin Tunney) and son, he concocts a revenge plot against them. Also with Dennis Farina, Tom Sizemore and Larry Cedar. Directed by Paul Abascal. [1:25]

SEX/NUDITY 5 - We hear a man and a woman panting, we see distorted in the distance, on a TV screen, a woman's form and see her moving rhythmically. Women in skimpy outfits dance in a club on stage while people in the audience watch them (we see cleavage, bare abdomens, bare backs, bare thighs). A man and a woman kiss in several scenes. A woman asks a man if he and another man were "lovers." We see a photograph of a nude couple holding each other and the man has a black band across his crotch (we see the man's bare chest and the woman's side from shoulders to hips). A bare-chested man climbs into bed with his sleeping wife. A man talks about another man having a woman on his lap, while away from his wife. A man taking photos of an unconscious and wounded woman pulls down on her dress front to reveal more of her breast. Several women jog in tight-fitting suits (revealing bare shoulders, bare backs, bare abdomens and legs); they admire a man as he passes, and he admires them. We see a neon silhouette of a woman's body hanging on a wall.

VIOLENCE/GORE 6 - Three cars surround a car while speeding along a street, the people in the three cars take flash photos of the people in the other car causing the driver to swerve and not be able to see: he slams on his brakes and screeches to a stop, a pick up truck slams into the car's side, the driver of the truck is thrown through the windshield (we see the body lying on the hood of the truck); the driver of the other car becomes unconscious, and a woman has scrapes and bruises on her face, as does a boy. A man is pulled over by many police cars, he gets out of his car, police officers hold guns on the man, the man pulls a gun from his coat pocket and he is shot repeatedly (we see blood spurt and he thrashes). A man with a baseball bat approaches another man, and then we see the man dead with blood and matter on his head and blood pooled on the floor around his head. A car begins to pull onto a road, a motorcycle swerves to miss it, the motorcycle barrels toward a sheer cliff and the driver dangles over the cliff; a man tries to pull him up, but the man falls to his death (we hear him yell and hear a crunch). A man goes into a house with his gun drawn, he opens the bedroom door and shoots the gun into the bed several times; another man grabs him from behind the door, hits him, punches him in the face and head repeatedly, holds a gun on him and threatens to shoot (we see the man with a bloody cheek and nose). Two men break into a house, one man grabs a woman, he pushes her to the ground, she screams, he holds her by the throat and then covers her mouth. A man punches a man in the face and he falls to the ground (we see a bit of blood on his nose). We see smears of blood on a wall and window blinds and a blood-covered baseball bat. A man punches the inside of his car in anger. We see an unconscious boy in a hospital bed with cuts and bruises on his face and we hear that he is in a coma. We hear that a woman has had her spleen removed. We hear that a man had been charged with attempted rape. A man says, "I am going to destroy your life and eat your soul." On a movie set a man crashes through a window, jumps down a fire escape, another man jumps down the ladder of the fire escape and lands on the man on the ground. A man appears overwhelmed by many flashing cameras and screaming fans. A man digs through bags of garbage.

SUBSTANCE USE - People are shown drinking alcohol and smoking cigarettes and we hear that a man had been arrested for possession of drugs.

MESSAGE - Celebrity can bring more than just adoring fans. It's OK for the authorities to disregard evidence of murder, if they think the crime was justified. 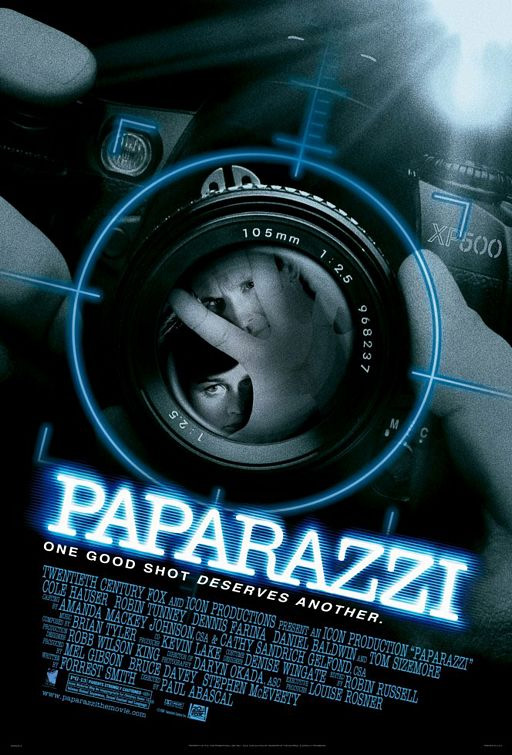