Set on the English Channel island of Jersey during the last days of WWII, this supernatural thriller is about a woman (Nicole Kidman) who moves to an old mansion with her two children, where she waits for her husband to come back from the war. The children are allergic to sunlight and so all windows have to stay covered. In the darkness, they discover they may not be alone. Also with Elaine Cassidy, Christopher Eccleston, Fionnula Flanagan and Eric Sykes. [1:45]

SEX/NUDITY 2 - A man kisses a woman's back and neck while they are in bed. We see a woman in bed in a slip and stockings up to the garter belt. A woman undresses to her slip.

VIOLENCE/GORE 4 - The house that the movie takes place in is almost always dark (only lit by oil lamps) because the children suffer from an allergy to light. This, and the very thick fog, lend to an overall eerie and tense mood. A woman shoots at three people. A woman pounces on and wrestles with someone she thinks is an old woman. A woman panics and begins to hyperventilate when she is lost in a very thick fog. We see a young girl playing and as we come around her we see an old woman's hand coming out from under her dress. An old woman opens a closet door where children are hiding, and they scream. A woman talks about what would happen to her children if they are exposed to light; they'd break out in blisters and eventually suffocate. We see a young boy and girl hiding in a closet and hear breathing and gasping. A woman is knocked to the floor when a door slams in her face. A young boy and girl find a cemetery and are frightened by the people who approach them. A woman looks at a book with posed photos of dead people. A woman wakes up screaming, and two children scream when they discover someone has removed all of the curtains and the light is coming into their room. A woman tells a story about children having been smothered by their mother, and there's a reference about a person having committed suicide. A woman hears things crashing on the floor in the room above her, and when she goes to investigate she hears voices and breathing, but sees nothing. A woman hears a child crying and runs to investigate but there is nothing wrong, a woman hears someone playing the piano and when she goes to see the doors closes behind her and nobody is there. A young girl talks about seeing a young boy and an old woman with blank eyes -- she draws a picture of the people she saw. A young girl accuses her mother of wanting to kill her and her brother. A young boy and girl climb through their bedroom window, down a drainpipe and run across a fog-covered meadow. A young girl teases her little brother about a ghost in their room, and he screams and cries. We see a man's scarred face. A woman loads a shotgun and stands guard. A woman yells at servants and her children a few times, and threatens the servants with a gun. Some people talk about a man being dead, a woman talks of having lost her husband in the war, and a woman talks about her servants having disappeared. There are references to the German invasion.

MESSAGE - There isn't always an answer for everything. Be a good mother.

(Note: Religious readers may want to note several religious references: The opening scene has a voice-over recounting the biblical story of the creation of the universe; a mother discusses a biblical passage about whether a man should have denied Christ to save himself from the Romans; a woman discusses the four different hells that children can go to; and, there's a discussion about whether one should believe everything that is in the Bible.) 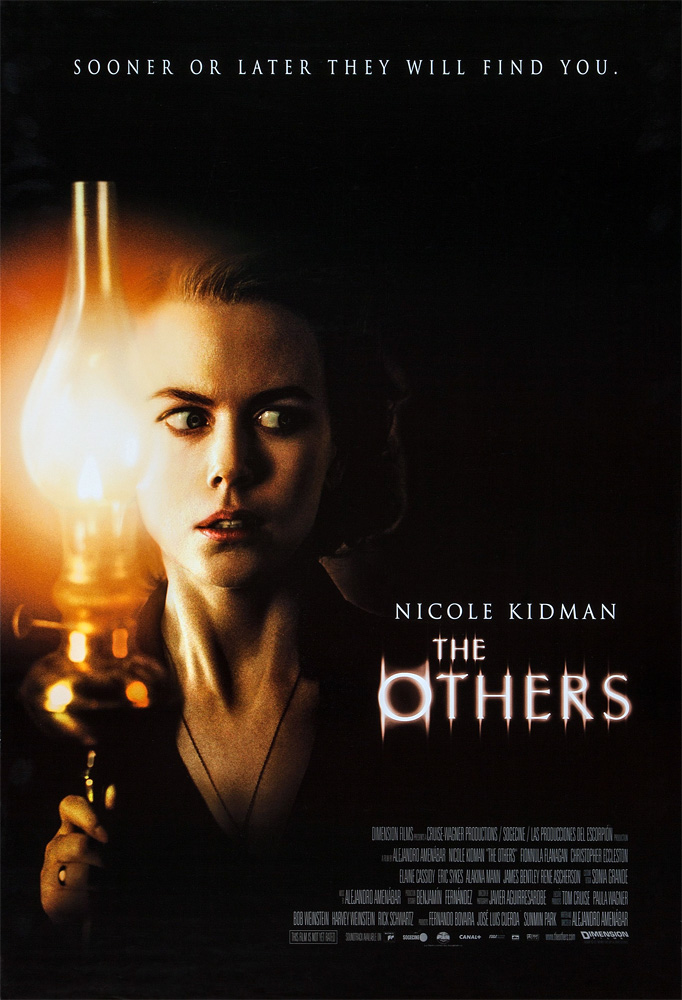