SEX/NUDITY 3 - A little sexual innuendo and a kiss. A man briefly and mildly propositions a woman and a skunk moves rhythmically on a man's lower leg. We see a nude man covering his genitals after his clothes fall off, a man in his underwear after his pants fall to the floor, the side of a woman's bare buttocks as her skirt shrinks, some scantily clad women and the backside and bare breasts of a classic nude statue.

VIOLENCE/GORE 5 - Often played for laughs. A machine makes a man's face and body contort severely, then chars him (his arm crumbles when someone touches it), a man disintegrates when shot with a laser beam and a man's head splits in two (it's a very "digital"-looking effect). A few men are electrocuted and fall from a balcony. Some threatening with guns; several people and cars are shot at, but only one person is hit (we see a hole in his pants, but there's no blood or gore). A man is twisted inside a tornado and then falls to the ground, unharmed. A man scratches another with his fingernails, giving him some bloody cuts on his neck and face. Several fights, some involving groups, in which people are shoved, punched, kicked, thrown, hit with shovels and choked; in one scene, we briefly see some men hitting three others with guns, pipes and chains. Two women punch, wrestle and pull each other's hair. A fork is thrown into a man's food-filled mouth and into a man's clothed buttocks; also, a man sits on a fork. A statue hits a man's head and some people are nearly hit with a flying fork and a flying bowling ball (the ball does hit several objects and, in a later scene, hits a man). A man pushes a man in a wheelchair out of the way and also hits a young child in the head with his arm. Thieves force a man to hand over his dentures and fake eyeball; they also pull a man's prosthetic arm off. A man purposely presses a waffle iron against his cheek (we hear a sizzling noise; no burns are visible) and a man slips while starting his motorcycle and lands on his crotch. People hit a car with a shovel, scratch it with a fork, throw a bowling ball through its windows and jump on its roof. A van drives through a gate and into the side of a building, knocking some people down. Two buildings explode and a city looks as if it's melting. Several times a man passes gas, knocking several people unconscious; we also see the gas ignite a few times. A man has long, brown fingernails that are very noticeable and rather gross-looking. A few times we see men with abrasions or cuts on their faces (in one scene, men have pieces of bloody tissue stuck up their noses and one of the men accidentally "shoots" the tissue onto a counter); one man has lots of growths on his face.

MESSAGE - You too can be a "superhero" if you put your mind to it. 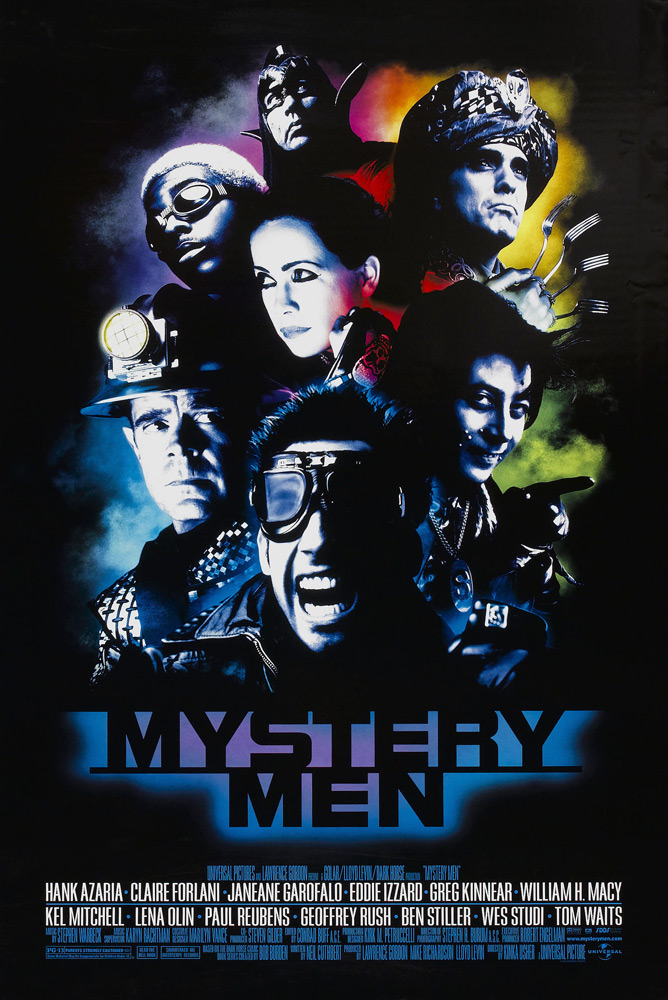