The untold story of the older sister of Wolfgang Amadeus Mozart (David Moreau): Maria Anna "Nannerl" (Marie Feret), was five years older than her musical prodigy brother, but just as gifted in her own right. Also with Marc Barbe, Delphine Chuillot and Clovis Fouin. Directed by Rene Feret. In French with English subtitles. [2:00]

VIOLENCE/GORE 3 - A woman shouts at her teen daughter and slaps her in the face (the woman later apologizes for slapping the girl). A young man shouts at a young woman dressed as a young man, he grabs and shoves her, and he then throws a blotter on the ground as he continues to shout. A young woman faints as her mother tightens her corset and the woman screams.
► We see a small blot of blood on the long dressing gown of a teen girl (implied to be menstrual blood). A boy with red blotches on his face is seen lying in bed; the boy's father cries at the boy's side and shouts that the boy is "unrecognizable."
► A teen girl writes a letter to a pre-teen girl, which explains that her brother had been very ill with red blotches on his bloated face, but had recovered. On two occasions a man shouts at his teenage daughter. An elderly nun shouts at four girls for running. An older woman warns a family that a young man was in mourning after losing his wife during childbirth. A young man tells a teen girl that his wife had died while giving birth. A young man tells a teen girl that he had a dream about his dead wife giving birth to a baby that then turned into a dragon and bit the breast of its mother. A pre-teen girl tells a teen girl that she and two of her sisters had been forced away from their parents when a cardinal advised they would be safer elsewhere. An older woman warns a boy that drinking water from a river will make him sick. A woman tells her husband that her mother would have "died of joy." An unseen man shouts at a teen girl to be quiet as she plays the piano in the middle of the night. A young woman reads a letter aloud and we hear that the young woman's father was suffering from leg pain. A teen girl jokes with her mother that she will have a dress covered in blood. A woman shouts half-jokingly at her son and teenage daughter to be quiet or she will scream. A boy tells his father and mother that he "has to go pee."
► A young woman is seen lying in bed and appears very ill (it is implied that she receives her final rites moments later); we see a man tell her mother and father that her illness is not that serious, and she is later seen fully recovered.
► A boy teases a bird by sticking a violin bow into the bird's cage. A boy jumps up and down on a bed and playfully hits his father in the head with a pillow; the boy jumps down from a bed and hits the man's foot (he shouts in pain).
► We see a man, his young son and teenage daughter listen to a woman as she sits on a bidet (we don't see her); the woman warns them that it feels strange and we see the boy sit down (no nudity is visible). We see a teen girl, a boy, and their father urinating; the boy and father are turned away from one another and the teen girl is seen crouching down (no nudity or urinating is visible and no sounds of urinating are heard).

SUBSTANCE USE - We see glasses of wine on a table as a family eats dinner, and a man's voiceover reads aloud a letter which narrates that a man would "drink in excess" and that children were given snuff boxes to play with.

MESSAGE - Gender inequality can lead to disappointment when being compared to a sibling. 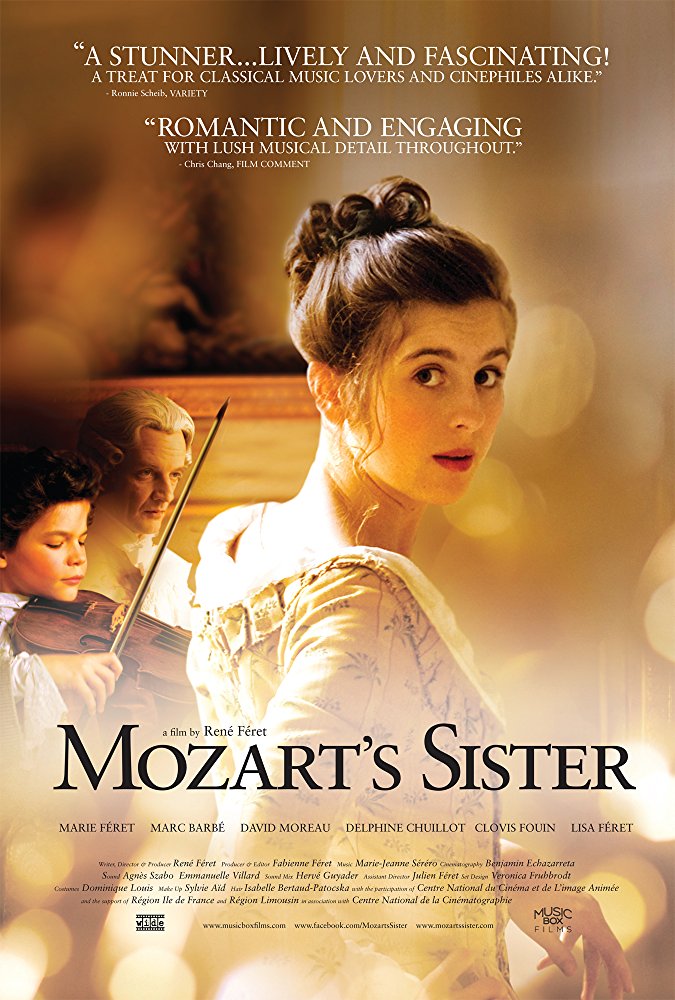