When a teenager (Zac Efron) happens upon a role in Orson Welles' (Christian McKay) Mercury Theatre opening of "Julius Caesar" during a whirlwind week in 1937, he learns that not all is fair in love and theater. Also with Claire Danes, Zoe Kazan and Ben Chaplin. Directed by Richard Linklater. [1:54]

SEX/NUDITY 3 - A man wraps his arms around a woman, leans in to kiss her, they are interrupted, and the man's pregnant wife walks into the room. A young man tells a woman that she should give him a kiss, and the woman kisses him on the face and walks away.
► In a ballroom, a large group of men and women dance, some closely. A man places his hand on the stomach of a woman.
► A young man tells a young woman playing the piano that he knows she is playing with "feeling" and looks her up and down. After shaking hands, a young man looks a young woman up and down.
► A young man says that he will sleep on the sofa, and a young woman says from the bedroom, "Get in here!" (sex is implied). In reference to a bet made that the first to sleep with a woman would win $5 from each of the other betters, a man tells a young man that he owes him $5, but wants the "details" before giving him the cash. A man crudely comments that it is "obvious" that a man and woman were engaged in an extramarital affair. A man jokes to another man that the way to get a man's attention would be to announce that there was a line of ballerinas outside. A woman tells a young man that she is spending the night with another man, and the man insists that the young man must "fight" for the woman. A man and a woman walk out of a house together, implying they had spent the night together, and a young man watches them and shouts that the man is shameful for being involved in an affair while he has a pregnant wife. A woman asks two men if her costume makes her behind look large (using a crude term for behind), the men tell her that she is beautiful. A man makes a rude comment about the size of a woman's behind. A man crudely remarks that a woman has a "firm body" and that he would like to have a "firm grip" on her. A man instructs a small crowd of men and women that he is going to sponsor people pairing up and going out for drinks, he remarks that since there were not enough women in the crowd, some men will be in pairs together, and says, "But we keep an open mind"; the first set is two men, one offers the other man his arm and they walk off as the crowd giggles. A woman tells a young man that a man is involved in an affair, that everyone in their social circle is aware of it, and they have a code word to warn when the man's pregnant wife is coming around so he can send his mistresses away. Three men discuss how books and plays that are unable to describe sexual encounters have extra spaces inserted after describing how a man and a woman "hug each other tight," implying sex. A young man asks a woman what it is like "to be a beautiful woman," the woman balks, explains that on e of her breasts is smaller than the other and the man asks if she has a ruler. Three men joke about the "assets" of a woman, they use hand gestures to outline her curves. A man implies that he is sexually interested in a woman, remarking, "I also like her face."
► A young man walks into a museum where statues of nude men are visible.

VIOLENCE/GORE 3 - As part of a performance, a man is stabbed in the stomach by a man who is then turned from one man to another, each one of them stabbing him; after five men stab him, a final man holds the man up and stabs him in the stomach (we see the shadowy outline of the knife and see drips of stage blood fall onto the stage; the man is seen, shirtless, lying on the ground with stage-blood on his chest and shoulders, and acting dead). We see stage blood on an actor's hand during a play, and an actor is also seen lying on the ground pretending to be dead.
► A young woman comments that she would be willing to "give my blood" in order to have the musical talent of a famous composer. A young man says that his mother is simply happy that she knows he is not lying dead somewhere. A man tells a young man that his parents had passed away when he was a young child and continues to feel alone in the world. A man screams at a group of people, demanding that someone admit to something, or he will "beat it out of him."
► A man gasps and shouts at a young man. While acting in a play, a man shouts angrily. Standing on a stage, a man angrily shouts at a crowd. Two men engage in a harsh verbal argument.
► A young man plays with matches, holds one up to an automatic sprinkler on the ceiling, and water pours out of pipes drenching him and sending people throughout the building running for cover (light bulbs pop with sparks and several men struggle to turn the water off). While performing in a play, a male actor begins to shout at a crowd.
► While performing, a man stands in the middle of a crowd of men who slowly begin to surround him, shouting, and the man disappears and the crowd gasps in horror. A man jokingly wrestles against two men when they playfully lunge at him.
► After rubbing an envelope on an ancient Greek urn in a museum, a young man and a young woman are chased by a security guard. 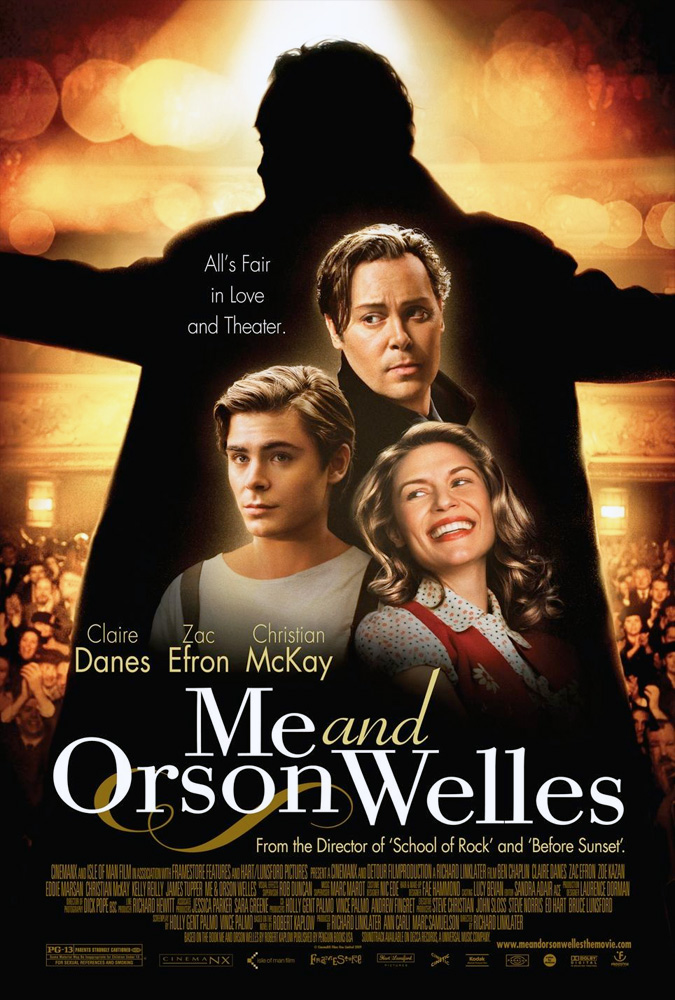