SEX/NUDITY 6 - A nude man and woman kiss and caress each other in bed, we see him move on top of her and there's a bit of rhythmic thrusting; we see them both from the side (bare hips, arms and legs) and then we see the man's bare back and buttocks while they hold each other. A man and a woman kiss passionately in several scenes and a man and a woman kiss tenderly in several scenes. A woman asks a man to kiss her, he does and then they kiss passionately while another woman watches in anger. Many men and women dance close together; the women wear sheer tops and their breasts are visible, some of the men are bare-chested and they thrust their hips suggestively. It is implied that a woman has performed oral sex on a man. We see an image of a woman's crotch made out of computer code and a flash of light at the site suggesting an orgasm. A man nuzzles a woman's neck, and a man throws a kiss to a woman. A man and a woman sleep in bed together; the woman wears a tank top and is covered by sheets. Women wear low-cut tops that reveal cleavage in several scenes; a woman wears a low cut top that also reveals her bare abdomen.

VIOLENCE/GORE 7 - A character jumps through a window breaking it, falls toward the ground below, and shoots up at someone following; one character has a bloody face, is hit in the chest by a bullet (blood spurts and collects around the bullet hole), continues falling, crashes hard onto a car in the street and is presumably dead (we see this scene several times). A woman shoots a man in the head, blood spurts against the wall behind him and we see a bloody hole on his forehead. Many men shoot at two men as they run away, and another man is shot in the chest (we see bloody holes in his shirt and watch him die). A character has a bloody wound on the abdomen while in the Matrix, and another character reaches inside the character's body (the scene is in greenish computer code) and "pulls" out the bullet; the wounded character dies, but then the other character "reaches" back in (computer code) grabs the heart and starts it again. A woman shoots a man's arm repeatedly and it is very bloody. A man falls onto a metal walkway and is killed, another is pierced by a metal shard, blood splatters and trickles on a computer screen and we see him with a large bloodstain on his shirt. A woman pulls a gun on another woman. There are many fight scenes most of which feature one person fighting many other people: An extended fight scene shows a man fighting many men who are armed with swords, daggers, axes, spears and other implements; the man stops a sword with his hand (we see blood drip on the floor), many men are kicked, flipped and slashed, one is stabbed through the chest and falls back through a railing and onto the floor below, and another is hit hard in the chest with a spike covered spear and we see his blood covered chest. Another extended fight scene shows one man fighting many, many other men with punches and kicks; many men are thrown through the air and crash into walls, benches, the ground, many more join the fight, the man fights with a metal pole as a weapon swinging it and twirling around on it, and the man is piled on by the other men. He then bursts out of the pile sending the other men through the air. A woman fights a man and is tossed around crashing into walls and floors, she's held off the floor by her neck, and she's thrown through a wall. A man fights three other men with kicks, jumps and punches; one man is thrown into a wall that breaks, and one is thrown into a lamppost. Two men fight on top of a moving truck trailer with kicks and flips, one flips and hangs over the side of the trailer, one grabs a sword and slashes at the other man with it, and one flips off the truck and crashes into the windshield of a car; another crashes through another car windshield. Two men fight with many kicks and punches exchanged, and flips and jumps. A man with swords fights two men and then shoots his gun at them. A woman fights a man who stabs her in the arm and holds her with a knife to her throat. A man jabs his hand into other people's chests and what looks like black liquid silver covers them and transforms them into someone else (this happens several times, as does the "occupation" of people's bodies by others; we see their contorted faces as they are transformed). One woman fights several guards with kicks, spins and jumps. A very lengthy car, motorcycle and truck chase takes place on busy city streets and on a crowded freeway: a car is shot at, several other cars on the freeway flip, skid and crash, two men fight in a car, one is stabbed through the seat with a sword, and a man jumps onto a car hood which is crushed, and the car flips and crashes. A car flips on its side, a man shoots at it, and it explodes sending the two occupants into the sky in a plume of flames. A man and a woman jump from an overpass onto a moving truck, they ride a motorcycle off the truck and race through traffic while being chased and shot at, they are almost squeezed against a cement wall by a truck and they race through traffic the wrong way. Two trucks crash head-on into each other and they crumple and explode; two men are thrown off one truck and through the flames, but are pulled away without injury. A man grabs another man off a moving motorcycle and throws him on top of a moving truck. A motorcycle drives off a roof and crashes into a guard shack that explodes; the rider flips off the cycle before it crashes and is uninjured (we see this scene a few more times). A character stops machines from attacking, they fall to the ground motionless and then the character collapses in a coma. A man cuts his hand with a knife. We see several scenes with swarming machines digging their way through the earth's core toward a community of humans. A man flies so fast through the air that his wake causes windows to shatter and cars to flip over. A bomb hits a vehicle and it explodes. A power plant explodes. A man follows another man threateningly and holds a knife behind his back. Two characters argue. People have metal plugs on their bodies (arms, chests). Two men watch a vampire movie on TV. Two characters are able to transform themselves into light and transport themselves.

SUBSTANCE USE - People are shown drinking alcohol and a couple of people smoke what appears to be a some sort of pipe.

MESSAGE - Everything happens for a reason, and not everything is what it appears to be. Without a sense of purpose, we would not exist. 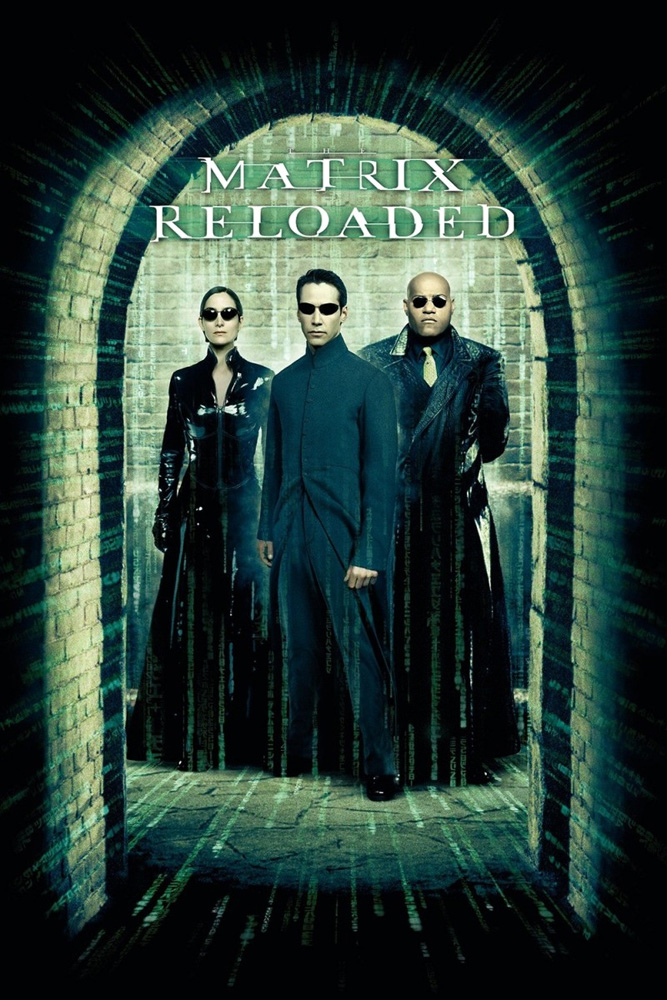