Based on the eponymous TV series from the 1960s: A CIA agent (Henry Cavill) and a KGB operative (Armie Hammer) find themselves working together to track down an organization bent on developing nuclear weapons. Also with Alicia Vikander, Elizabeth Debicki, Luca Calvani, Sylvester Groth, Hugh Grant and Jared Harris. Directed by Guy Ritchie. Some dialogue is in German, Italian and Russian with English subtitles. [1:56]

SEX/NUDITY 4 - We see a woman wearing only panties as she walks away from a man in a bed (he is wearing a bathrobe); we see her bare back and buttocks through the panties, as well as the side of her breast when she turns to speak to the man (sex is implied). We hear a man and a woman moaning sexually over a radio (sex is implied; we do not see anything).
► A man and a woman kiss. A man and a woman nearly kiss in a few scenes. A woman who has been drinking a lot of vodka dances in a hotel room and invites a man in the room with her to dance with her (he declines; please see the Substance Use category for more details).
► A woman is shown wearing a low-cut negligee that reveals cleavage. A woman wears a gown that reveals her bare back. A woman lifts her skirt to reveal her bare leg to the thigh and a device is shown strapped around her leg; a man lifts her skirt to switch the device on.
► A woman says to a man, "We can talk about filling in my gaps." A man enters a room where another man is adjusting a device on a woman's leg and the second man asks, "All turned on now?" A man is referred to as a serial womanizer.

VIOLENCE/GORE 6 - A man strapped into an electric chair screams when the power is switched on: we see them man in the background thrashing and smoldering, then he bursts into flames and we understand that the man died. A man is shot in the head (we do not see blood) and we see him dead later with a bullet hole in his forehead. Several guards are shot (no blood or wounds are seen) and other guards shoot at the attackers as one group infiltrates a palace on an island. A boat explodes with a man inside it and we see the man sink underwater; another man drives a truck off a pier and lands on another boat that sinks and the man in the truck pulls the first man to the surface. A man hiding in the back seat of a car shoots at another man in another car.
► Two men fight in a public restroom; they slam each other into the stalls, kick and punch each other and one is held in a chokehold. A man punches several men and steals one of their guns and runs away. Two men slap another man hard in the face, then one spits on him and he punches one of the men in the throat.
► A man with a knife threatens a man and a woman. A man and a woman climb to the roof of a building and glide across a cable, then land in the back of a truck. A man overturns a table in a restaurant after another man insults his mother. A man fights with three other men in a bathroom. A woman who has been drinking a lot of vodka dances in a hotel room and invites a man in the room to dance with her (he declines; please see the Substance Use category for more details), she holds his hands and gestures with them as if he is dancing, then slaps the man in the face twice with his own hands until he says, "Don't make me put you over my knee," and she tackles the man and they wrestle briefly before she passes out on top of him (he then puts her to bed). A man taps another man in the crotch and then punches him in the face (he falls back onto a table). A man slaps another man hard in the head and he falls unconscious (but still standing). A woman slaps a man hard in the face. A woman is grabbed and forcibly put into a cell. A man drinks from a glass of alcohol and lies on a sofa when he realizes that the glass was laced with a sedative.
► Many men on-board a boat jump overboard as a missile approaches and the boat blows up when the missile strikes. Two men speed in a boat as they are being shot at by people on shore and they are chase by other boats; they are unable to get away, and one man is thrown off the boats and swims to safety while the other continues to speed around an enclosed area. Two cars race and chase each other, they spin side-by-side, then separate at a pile of rubble in the road, one car is shot at and crashes (we hear the crash and see the car, but the driver is unharmed), and the other car's tire is shot out and it continues to drive as one man chases on foot and pulls the trunk lid off when trying to stop the car. A car speeds through a narrow alley and is stuck between two walls at the top of a flight of stairs. A man drives a vehicle off-road to chase a woman and a man on a motorcycle follows them; the man on the motorcycle is thrown over a ledge and we see him with a bloody face and eye, another car tumbles over a ledge and we see a woman in the car with bloody cuts as two men fight and another man throws the motorcycle at one of the men and then hits him (he falls to the ground dead and we see a bloody head wound). Two men jump out a window and land hard on a dock below (we hear thuds); one man hits hard and he stumbles into a boat as the other speeds away. A man being chased by dogs runs and climbs a fence to get away.
► A man is shown strapped into an electric chair and another man turns it on (the man twitches, smolders and moans and we see him with a bloody nose); the second man says, "We'll start with the pliers," suggesting torture. We see a man with a dog on a medical table, a woman strapped in a chair and a man on a medical table, presumably experimenting on them; we see photographs of pulled teeth, stitched flesh, an eyeball and implements of torture.
► Two men break into a factory and are nearly caught by armed guards. We see armed guards at a checkpoint in Germany. A man cuts through a wire fence with metal snips and another man cuts through the fence with a laser cutter. A man steals jewelry from two women. A man trashes a hotel room and throws furniture around the room.
► A man reprimands another man. Two men argue about the clothes that they are each choosing for a woman. A man talks about being bullied mercilessly. A man says that he killed a woman's husband. A man talks about someone hanging from a pipe and having his toenails removed. We hear that WWII ends, and we hear about atomic bombs and nuclear weapons. A reference is made to someone having a psychotic episode. A man makes a derogatory reference to another man's mother's reputation.
► A man urinates in a public toilet and we hear the trickle.

SUBSTANCE USE - A reference is made to someone being an opium addict. A man drinks from a glass of alcohol and falls asleep on a sofa when he realizes that the glass was laced with a sedative, a woman drinks a glass of wine, a man drinks champagne, a woman brings a bottle of champagne to a hotel room, a woman drinks vodka (she becomes inebriated) and offers some to a man in a hotel room with her (he declines), several people are seen holding alcoholic beverages and a couple are shown drinking from them, a man drinks wine and eats food from a basket in a truck, men and women drink wine at a lunch, and a man pours two drinks and two men drink from them. We see a cigar burning in an ashtray. 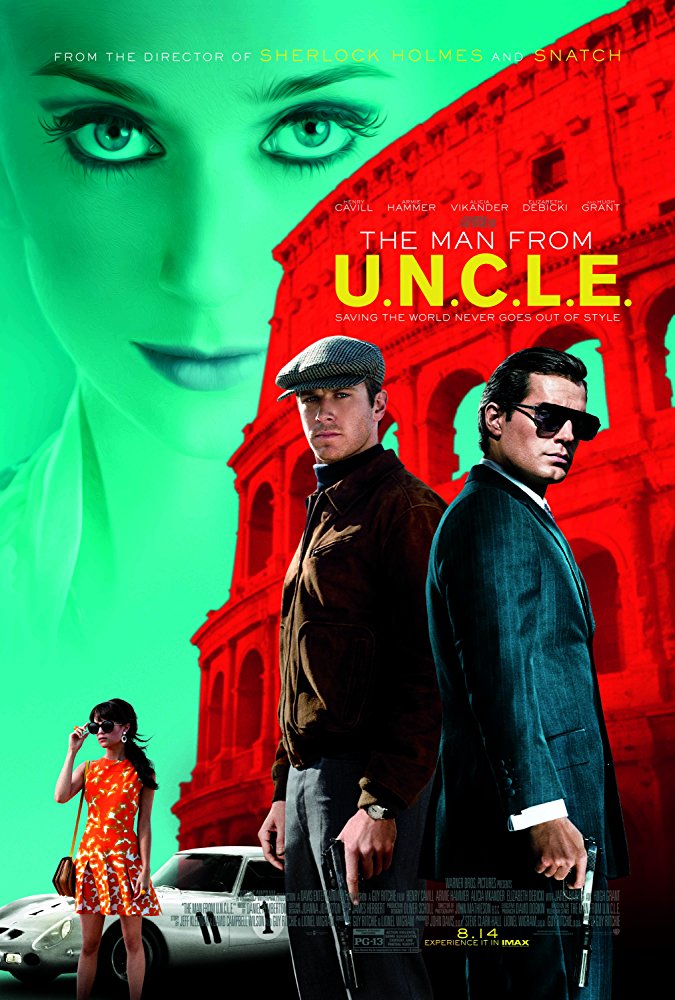