After returning to the motel room of a young man in order to buy drugs, two teenage girls find themselves at the mercy of three sadistic criminals. Inadvertently, they end hiding in the vacation home of one of the girls, and the enraged parents have revenge in mind. With Garret Dillahunt, Martha MacIsaac, Riki Lindhome, Tony Goldwyn, Monica Potter, Spencer Treat Clark, Sara Paxton, Michael Bowen, Josh Cox and Aaron Paul. Directed by Dennis Iliadis. [1:40]

SEX/NUDITY 9 - A man pulls a teen girl's shorts and panties off (we see her bare buttocks), the girl screams and tries to get free, and he rapes her: we see him thrusting and hear him moaning until he climaxes; we also hear the slapping of skin as he thrusts.
► A man and woman hold a teen girl on the ground, the man forces a teen boy to touch the girl's breasts (we see her bra), and the man pulls the girl's shorts open (we see her bare abdomen and the top of her panties). A man holding a knife caresses a teen girls bare knee and thigh (she is scared).
► A topless woman fights with a few people and her bare breasts are visible throughout. A woman takes off her top and we see her bare breasts. A teen girl takes off her dress (we see her in her bra and panties) and dives into a lake. A woman pulls a teen girl's shirt off (we see her in a bra). A teen girl gets out of a swimming pool wearing a swimsuit. A teen girl wears a low-cut dress and short skirt that reveal cleavage and bare thighs.
► A teenage girl wearing a short skirt dances on a bed and a teen boy caresses her leg. A woman caresses a teen girl's clothed breasts and hair.
► A teenage boy and two teenage girls sit on a bed and smoke marijuana, and then lie in the bed (nothing sexual happens). Two men sleep with a woman in a bed at different times and it is implied that they both have a sexual relationship with her.
► A woman speaks to a man in a flirtatious manner and offers him a drink. A man tells a joke about a man in a brothel and uses many descriptive sexual references.

VIOLENCE/GORE 10 - A man's head is pushed into a sink filled with water, he struggles to get up, his hand is forced into the disposal, which is switched on, he screams, blood spatter and fills the sink, he is struck in the head with a hammer (the hammer sticks out of his head) and he falls to the floor dead. A man's head is placed in a microwave, we hear sizzling, the man struggles to move away, and his head explodes (we see pieces of his face and blood splatter). A woman is shot through the eye (we see the eye explode, blood splatters on the wall behind her and she slumps to the floor dead).
► A man pulls a teen girl's shorts and panties off, the girl screams and tries to get free, and he rapes her.
► A teen girl is stabbed twice in the abdomen and once in the back (we hear crunches, we see blood pouring from the wounds and she gags and spits blood). A woman is shot in the neck (we see blood spurt). A teen girl is shot at as she swims away and she is struck in the back (we see blood in the water and she floats on her back motionless).
► A pick up truck slams into the side of a car stopped at a railroad crossing, we see the driver's head disfigured and bloody (he moans), and he is then shot in the head; the passenger has a very bloody head wound, he gasps for air, his seat belt is twisted across his throat and pulled tight (he gasps for air and gags), and his head is pushed down against the restraint until we hear a crack (blood drips on a photograph).
► A woman slams a man in the head with a bottle, the bottle breaks, he staggers toward her and into the knife she is holding (he bleeds). A teen boy is stabbed in the chest with a fireplace poker (we see blood).
► A teen girl strikes a man in the head with a rock and runs away. A teen girl breaks away from a man, she locks herself in a bathroom, he breaks down the door, slams her head into a sink (we hear a crunch), and she falls to the floor unconscious. A teen girl burns a woman on the face with a car cigarette lighter, the car they are in swerves, and the girl struggles to get out of the car, which crashes into several trees (we see blood splatter on a window and one man with a very bloody cut on his face and a broken nose).
► Two men fight with many punches and kicks: one man falls through a banister and down to the floor below, and one man is slammed into a door jam and held with a fireplace poker across his throat (he passes out). Two men fight: one strikes the other in the head with a toaster, and one squeezes the other's already broken nose. A man and a woman fight: she strikes him with a shower rod several times, and she knocks a teen boy into a bathtub and hits him in the head (he falls unconscious).
► A man and woman chase a teen girl through thick woods, she is grabbed and dragged deeper into the woods, and struck hard in the face (she falls unconscious and the man pulls out a gun to shoot her but does not). A woman sprays a man with a fire extinguisher, and then strikes him in the head with it (he lies on floor motionless). A woman jumps on a teen girl and tries to strangle her, and another teen girl strikes the woman with a log and runs away. A man punches a teen girl in the face, and then kicks her and another teen girl in the stomach.
► A man grabs a teen girl around the neck and holds a knife in a threatening manner. A man punches a teen boy in the stomach. A teen boy threatens a man with a gun. A man becomes enraged when he realizes that his daughter has been raped (we see blood on her inner thighs).
► A man sets another man's broken nose (we hear a crack, the man screams and blood gushes from the nostril). A teen girl struggles to breathe, a man pokes a hole in her side using a knife, then pushes a tube into the hole and drains blood and fluid into a glass (we see the bloody hole open and the fluid passing through the tube). A man cauterizes a bullet wound using a heated knife blade (we hear sizzling and whimpering). A man stitches a gash on another man's nose (we see the needle passing through the flesh and the man complains). We see a knife cutting into flesh and blood pours (it's not clear what's going on). We see a bloody leg wound on a man in an emergency room. A teen boy collapses on the floor and gasps.
► We are told that a teen boy's mother is dead and a teen girl's brother is dead. A man tells two police detectives that he has to urinate (they don't let him).

MESSAGE - Under certain circumstances anyone can find themselves taking extreme action. 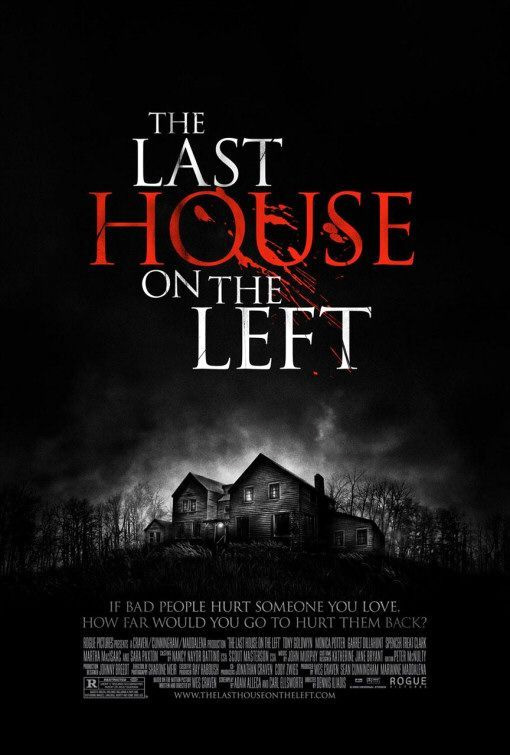