Jet Li stars as a mysterious agent who travels from Shanghai to Paris on a very mysterious mission. His investigation leads him to a brutal Frenchman (Tcheky Karyo) and eventually Li finds himself accused of murder; he tries to escape with an American woman who's been forced into prostitution (Bridget Fonda). Also with Laurence Ashley, Burt Kwouk, John Forgeham, Max Ryan, Colin Prince, Cyril Raffaelli, Didier Azoulay, Vincent Glo, Ric Young, Vincent Wong and Kentaro. [1:40]

SEX/NUDITY 6 - A woman (she's a prostitute) begins dancing with another woman very suggestively in front of a man; she removes her clothing down to her thong (we don't see her breasts), climbs on his lap and gyrates. A man drops his pants and he and a prostitute begin having sex; he moans and yells. A prostitute flirts with a man and he touches her thigh. There are several scenes which show a street lined with prostitutes in various states of undress, revealing cleavage, midriff and thigh. A man and woman kiss, and a man kisses two women on the hand. A man looks at a girlie magazine; we see a quick shot of photos of women in lingerie. A woman suggests that she can pay for food with sex. A woman squats in a doorway (to urinate) and we see a profile of her thong and the top of her stockings. A man begins to unzip his pants as he walks toward a woman.

VIOLENCE/GORE 8 - There are several fight scenes, usually with a large group of men with guns fighting against one unarmed man. The fights include kicks, jumping and punches, as well as the use of sundry objects like hot household irons, flags, sticks, squeegees, brooms, etc. A woman stabs a man in the chest and in the back repeatedly with a hair pin and we see his blood covered shirt (we revisit this scene once more). A man is made immobile with two little pins in his neck; he convulses and begins bleeding from the eyes, nose, mouth and ears (we hear squishy sounds) and falls to the floor dead. Two men are shot in the neck, a man is shot repeatedly in the back, a wounded man is shot, two women are shot, a man is shot in the head, a man is shot in the crotch, and several other men are shot in several fight scenes. We see the bottom half of a man (he was apparently cut in half) fall out of a laundry chute after it explodes. A man is killed by two chopsticks being shoved in his neck (we see the bloody holes). We see dead bodies at a crime scene, a dead man in a morgue and photographs of dead bodies with bloody wounds. A man stitches up a wound on his arm and a woman helps. A man punches a wooden pillar and we see him pulling the splinters out of his bloody hand. We hear someone being beaten (we hear the blows landing) and then see the victim lying on the floor with a very bloody head and face. A man with a bloody head and face is tossed onto a restaurant table. A man is picked up and hung from a kitchen hook and kicked in the face hard enough to break his neck. A man has a very bloody wound on his arm. A man fights with two men with punches, kicks and jumping; there's a lot of breaking glass; one man is killed by being held by the feet and rammed into the floor, and the other with a swift kick to the face -- his neck breaks with an audible crunch. A man kicks a pool ball which flies into a man's forehead killing him. A man is shoved down a laundry chute, which is set on fire; a hand grenade is also thrown down the chute, which causes it to explode and spray flames into a room full of people. A man kicks through the wall of a guard shack, hitting the man inside. A woman is shoved out of a car and thrown into a wall, a woman shoves another woman into a puddle, a man punches a woman in the face and kicks her in the stomach (in several scenes), and a woman headbutts another woman breaking her nose (we see some blood on her face). A woman is punched and held in the air by her throat. A woman is forcibly injected with drugs as she yells and pleads. A group of men shoot up a hotel room, a storage closet, a hotel lobby, a glass boat, and a restaurant, which explodes, causing lots of property damage and some innocent bystanders are caught in the crossfire. A man breaks through the wall of a tunnel, lands on the road and is hit by a car. A man is chased repeatedly: through a hotel, through a glass boat, through the streets of Paris. A man uses small needles to incapacitate several people. A man clings onto the underside of a speeding car. A man has very bloody hands and we see him trying to wipe them clean. We see a dead and bloody rabbit with maggots crawling on it. A man is held at gunpoint by a group of armed men. A man, holding a woman, jumps out of a window and dangles from a sheet. A man slaps a woman in the face to wake her up. A woman vomits into a toilet.

MESSAGE - Trust no one but yourself and your abilities. 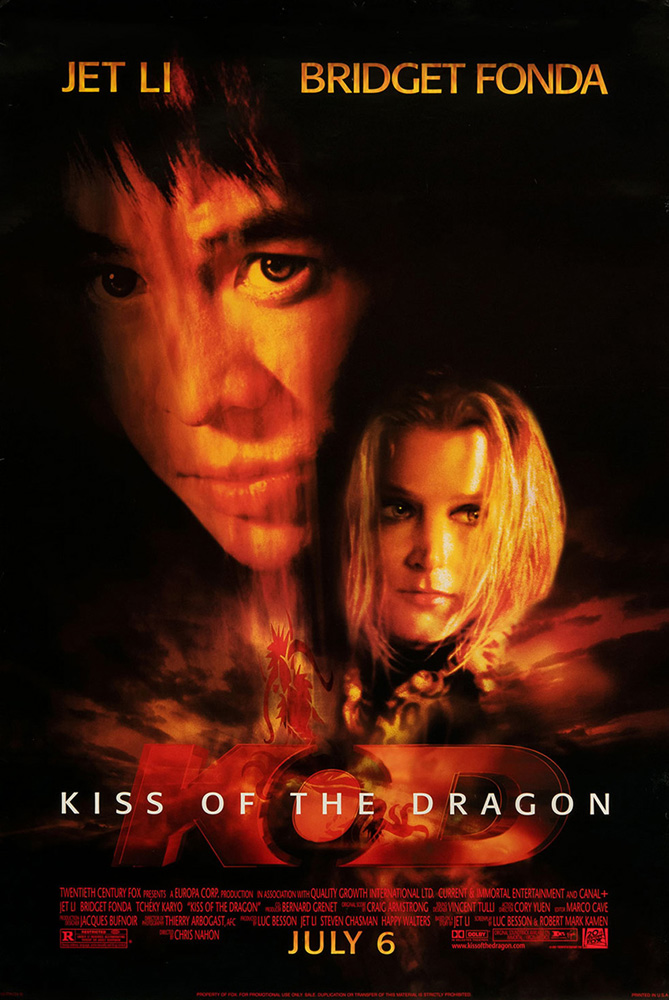