This version of the Arthurian legend is set after 450 A.D. as the power of the Roman Empire over the British Isles begins to weaken and crumble. One king tries to pacify the warring noblemen with his concept of a Round Table of united knights. Clive Owen stars as Arthur, Keira Knightley as his queen Guinevere and Ioan Gruffudd as Lancelot. Also with Stephen Dillane and Hugh Dancy. Directed by Antoine Fuqua. [2:10]

SEX/NUDITY 5 - A woman enters a man's bed chamber, touches his face, climbs on his lap, pulls up her dress, they kiss and he caresses her bare thigh; then she takes off his shirt, he kisses her neck and they caress each other. A man tries to rape a woman (we see him lying on top of her, kissing her neck and she writhes and screams). A man and a woman kiss several times. A man pulls a woman onto his lap and kisses her neck. A woman touches a man's face tenderly. A woman is bathed by another woman (we see her bare shoulders, back and thigh) and a man watches from outside. A woman wears a costume that reveals cleavage, and her bare abdomen and back. Women wear low-cut dresses that reveal cleavage. A woman's dress falls off one shoulder revealing cleavage and her bare shoulder. A man talks about his endowment and describes its size. A man refers to the fact that he has many children by a woman whom he has not married. A man makes jokes about being the father of another man's children.

VIOLENCE/GORE 7 - Men fight with swords, arrows, spears and hatchets: a man is knocked off his horse, he stabs a man, a man is speared through the arm, and he pulls the spear out. A woman fights a man with swords and she is slashed across the arm. Two men fight with swords, one man loses his sword, one is stabbed and then slashed and he slumps to the ground dead. A man is hit in the chest by an arrow, he throws his sword and hits the man who shot him. Two men fight with swords and many blows land: one is punched in the face, one is hit in the leg, one is slashed, one is stabbed in the stomach and one is slashed across the chest and he falls dead. Many arrows are shot into the air, many men are hit by the arrows as they come down, and we hear squishing and moaning. Knights ride while slashing men with their swords, many men charge toward a gated fortress, they enter it, flaming arrows are fired into the air and they hit the ground setting it on fire. Fighters charge each other slashing and hacking with swords, flaming balls are catapulted, they explode when they hit the ground and people are seen engulfed in flames. Men break a stone wall down and inside they discover a cavern with cells where people had been imprisoned; we see several decomposing bodies still in chains, and a few emaciated people who are barely alive (including a child with a broken arm and suffering from an infection). A man stabs a man in the stomach. A man holds a knife to a boy's throat and threatens to kill him, and a woman shoots the man in the chest with an arrow. People lurk in woods as a carriage surrounded by guards passes; they then shoot arrows and charge with spears, the guards fight back, a guard is hit with an arrow and falls off his horse, people are slashed and stabbed, more men on horseback charge the fight, slashing and hacking (we hear squishing and crunching with the blows), and many people are hit with arrows and hacked (we see blood spray on the side of the carriage, and a dead man with blood on his mouth and an arrow in his chest is shown a few times). A large army marches across a frozen lake, the ice begins to break beneath them, another group of people fire arrows toward the army, many are hit, and a man hacks at the ice to encourage it to break; the army continues to march toward him, he is hit by several arrows (we see them sticking out of his stomach and chest and there's blood on his vest), and he falls through the ice but is pulled back out. The ice breaks under the army, forcing the soldiers into the frigid water and trapping them underneath. A man slashes another man with a sword, and then orders that a woman be put to death. A man is shot with an arrow and falls out of a tree screaming. A man is chained by the hands and dangles and when he is cut loose we see bloody lashes on his back where he apparently had been whipped. People are pushed and shoved by an invading army: a woman is attacked by a man and he tries to rape her (we see him lying on top of her, kissing her neck and she writhes and screams), a man orders that everyone in surrounding villages be killed and that villages be burned. Two men grab a man and fight with him, punching him many times. Men ride horses through thick woods, the horses become skittish, people hidden in the brush fire arrows at the men, and nets with barbs on them are formed trapping the men on horseback. We see a flashback where a woman is trapped in a house that's set on fire, she screams, a boy outside tries to save her but is unable, and he falls to his knees and grieves. A man grabs a man by the throat, holds him, and then throws him on the ground. A man threatens to cut a man's tongue out. A man holds a woman's badly dislocated fingers and squeezes in order to put them back in place (we hear crunching and she screams in pain). Two men are walled up in a cavern, then taken out and questioned and put back in again (presumably to die). A man holds a sword to a man's throat, he's forced to his knees and presumably threatened with death. A woman says, "they tortured me with machines." We see mounds of dirt where bodies have been buried, and one body has been wrapped in cloth and is set on fire. After battle sequences we see fields strewn with bloody bodies and bloodstained ground around them. A man's sword is stained with blood. We see young boys taken from their families to be trained as knights in the Roman army and to serve for 15 years. Many people walk across a frozen lake, the ice begins to creak and crack and they fear it will break under their feet. A man hits a woman in the face knocking her to the ground, a man punches a man in the face knocking him to the ground, a woman slaps a man on the face, and a man slaps a man on the face. Men yell at each other and argue. A man and a woman argue in several scenes. A man throws a dagger into a beam in a crowded pub, and a man slams a dagger into a tabletop. Men shove people and force them to go back to work. People make insulting and derogatory remarks about other people who are of a different religion. We see a man's back with many scars from battle.

MESSAGE - Deeds in themselves are meaningless; we must fight for the greater cause, which is freedom for all mankind. 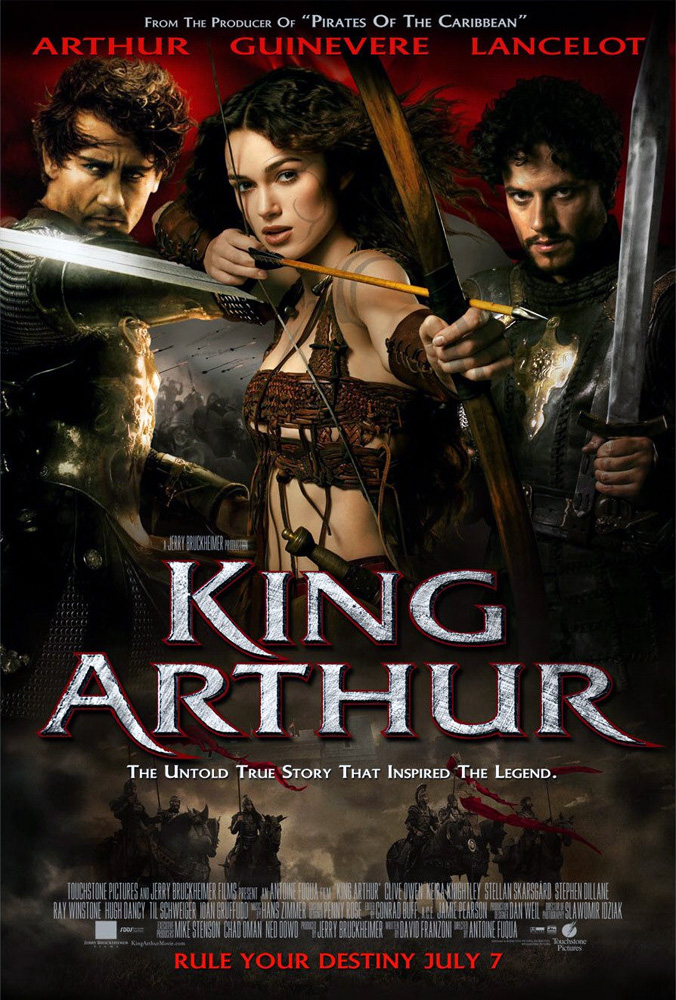