After a young boy (Thomas Doret) is abandoned by his father and left in a state-run youth farm, a stranger (Cecile De France) takes pity on him and offers to foster him on the weekends. As the boy begins to grow up without his father, his new mentor tries to steer him in the right path. Also with Jeremie Renier and Fabrizio Rongione. Directed by Jean-Pierre Dardenne & Luc Dardenne. In French with English subtitles. [1:27]

SEX/NUDITY 2 - A boy walks into a room to find his foster-mother topless, face-down on the bed and a shirtless man lying next to her (we only see the woman's upper chest and the man's bare back). We see a boy change his shirt (his bare chest is briefly visible).

VIOLENCE/GORE 5 - A pre-teen boy chases another boy on a bike: the larger boy shoves the boy off the bike, the two wrestle, the first boy runs away and climbs up a tree as the second boy chases him and throws stones at him, the boy in the tree falls and is shown crumpled on the ground, presumably dead; the pre-teen boy gets his father, who tells him that they will tell the police the boy had fallen from the tree after taunting them, we see a rock with blood on it, and the boy gets up and walks away (he has a small cut on his hand).
► A boy knocks a man in the back of the head with a bat, knocking him to the ground unconscious; he robs the man until a pre-teen boy (the man's son) approaches the unconscious man and the boy knocks the pre-teen boy out with the bat, runs away, a teen boy picks him up in a car, instructs him not to tell anyone that he was involved in the robbery, warning him that he would kill him, and then shouts at the boy to get out of the car.
► A boy shouts and tries to push past a woman, he wrestles the woman and pushes her to the ground, he grabs a pair of scissors and cuts her arm (we see the small cut) and he runs away on his bike; the woman chases him, then stops and begins to cry. A boy pulls away from a woman's touch; he scratches his face and beats his head against a car door until the woman pulls over and the boy cries in her arms.
► A boy grabs another boy as he attempts to steal his bike, pulls him off the bike and tackles him; the other boy wordlessly gets up and runs away unharmed. A boy runs after another boy who had stolen his bike: the boy becomes winded but catches him after narrowly avoiding being hit by a van as he runs across a busy street; the thief taunts the boy and we see the two wrestling on the ground as other teenage boys shout at them, the thief tries to climb a fence to get away and the other boy tries to grab his ankles.
► A man grabs his son and shoves him over a wall while telling him never to return. A man shouts at his son, saying that the police will catch him if the boy gives him money stolen from a man during a robbery. A woman tells a boy that the police are looking for him in response to his attack on a man and his son; we later see the boy and a woman in an arbitrator's office with the victim, the boy apologizes for attacking the man, we hear the arbitrator explain that a woman will pay restitution for the boy's attack on the man and that a teen boy who had trained the boy in the attack was now serving time in jail.
► A teen boy instructs another boy how to rob a man, showing him how to hold a bat and strike him so he will pass out and he can rob him; we see the boy practicing on the teen boy, pretending to knock him out with a large stick.
► A boy ducks to avoid a man reaching for the telephone. A boy pulls away as a man tries to take a phone from him, the boy curls up around the phone, and then ducks as the man grabs the phone; the boy runs as the man shouts at him, and the man and a teen boy catch the boy as he tries to climb a chain-link fence with barbed wire at the top. A man pulls a boy's arm away from a door and then pushes the boy away from the door. A boy grabs a woman as two men and a teen boy try to catch him; the boy pulls the woman off her chair and shouts that he will not let go until he eventually stands up and the woman is unharmed.
► A boy shouts at a man and runs out of the carriage of a carnival ride they were sharing; the boy then shouts when the man tries to climb in a second carriage with him, saying that it's dangerous for the boy to be riding by himself. A woman shouts at a boy as he tries to kick a door open and leave (the woman scolds him). A boy shouts at a man and a woman and the man shouts at the boy. A boy shouts at a woman as she turns off the tap of a sink. A man warns a boy to "watch out" as he bikes behind a woman driving her car. A man shouts at a boy as he chases the woman on his bike.
► A man warns a woman that if a boy does not apologize that he cannot come back to heir house; the woman scolds the man for making her choose and then chooses the boy. A man tells a woman that a boy's "gran's gone." A boy tells a teacher that he needs to use the toilet, the teacher tells him to use a set of urinals, and the boy says, "It's a big job."
► An older woman is found lying on the ground by a teen boy and a boy; the teen boy helps her up and she is unharmed.
► A teen boy shows a boy a variety of karate-type moves. We hear a variety of chopping noises as a boy plays a video game and a teen boy watches; the teen boy warns the boy that the boy will be "slaughtered."

MESSAGE - Growing up as a foster child can be very difficult. 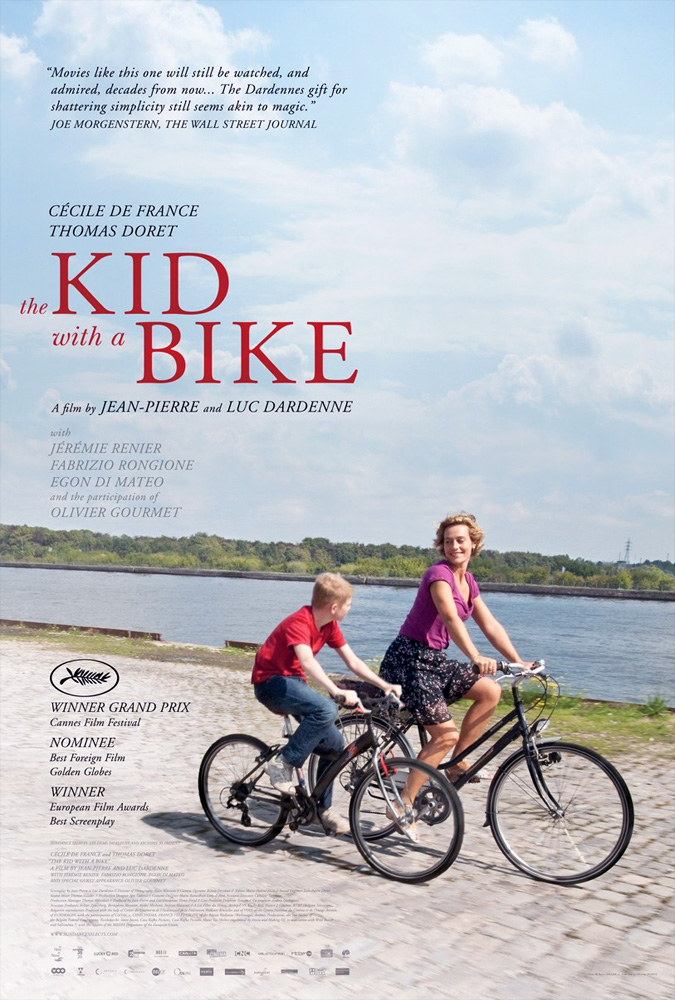