A woman's (Halle Berry) young son is kidnapped from a park, and she pursues the kidnappers and will allow nothing to get in her way. Also with Sage Correa, Chris McGinn, Lew Temple, Jason George, Christopher Berry and Arron Shiver. Directed by Luis Prieto. [1:34]

SEX/NUDITY 1 - A woman wears a low-cut top that reveals cleavage in a few scenes, and apart of her bra and cleavage in one scene.

VIOLENCE/GORE 6 - A woman and a boy hide under a dock as another woman shoots at a boat floating away; a dog snarls through the dock and the shooter aims her gun at the boy, and the other woman grabs the shooter's leg and pulls her into the water (she shoots the dog accidentally and we hear it yelp) where they fight until one is drowned. A motorcycle police officer chases a woman in a van and tells her to pull over, and she does not, insisting that he should stop the car in front of her; the other car pulls alongside them and pins the officer between the two cars and he is eventually thrown from his motorcycle (we see him lying motionless on the ground). A man with a gun comes into a shed and threatens a woman, she hits him with a shovel and we see him motionless on the ground with a bloody face. A woman looks in the passenger window of a stalled car and the driver shoots a shotgun at her; she runs and hides behind her van and then inside the van, and the shooter breaks out a window and tries to reach the woman, who grabs his arm, pins it in the sliding door, rolls the car dragging the man some distance before slamming into a tree (the man coughs and spits and then dies). A woman in the back seat of a van clubs the driver in the head repeatedly, the two struggle and fight over the steering wheel, the woman wraps a strap around the driver's throat, and the driver frees herself and shoves the woman out the door and onto the road (we see her roll and later see scrapes and bruises on her arms). A woman flags down a car and pleads with the driver to help her until the car is struck hard from the side by another vehicle (we see the driver motionless and leaning against the steering wheel with blood on his face and the woman is bloody and limps away from the scene).
► A woman in a car holds a knife to the throat of a young boy she has abducted; the boy cries for his mother. A man with a knife approaches a woman and she throws her wallet to him in exchange for her son.
► A woman in a van chases a car with her abducted son inside for most of the film: she speeds onto the highway, reverses on the highway causing many cars to swerve and crash together, a woman in the car throws items out of the trunk and onto the road causing cars to swerve and flip, a man holds a boy out the door of a moving car a couple of times, the van driver speeds on a median when she sees smoke from an accident on the highway (we see a crumpled car and skid marks on the roadway), the van driver slams her car into the car of the abductor, a car hits a pedestrian and throws him into the air and back onto the road, the van is struck from the side and the airbag deploys (we see the driver with a bloody face and she seems dazed), and the van and the car swerve on a two lane road. A young boy and two young girls are shown in an attic room where they are held by abductors.
► A woman grabs a young boy by the arm and forces him into a car; he struggles but is forced into the car and the car speeds away. A woman sees another woman abduct her son and drive away in a car; she runs after the car and holds on as it speeds away, and she is thrown off the car (she rolls on the ground). A woman with a shotgun goes to a house in the woods and enters looking for her abducted son and is nearly caught by the homeowner. A woman walks through a house carrying a kitchen knife for protection.
► A woman yells on the phone. We see many missing persons posters in a police station. We hear a radio report of police chasing a van, pulling it over and subduing the driver. A woman in a diner is dismissive to a server about an order and the server replies with, "You could use some help." We hear about a child abduction ring.

MESSAGE - A mother's love can inspire great courage and strength. 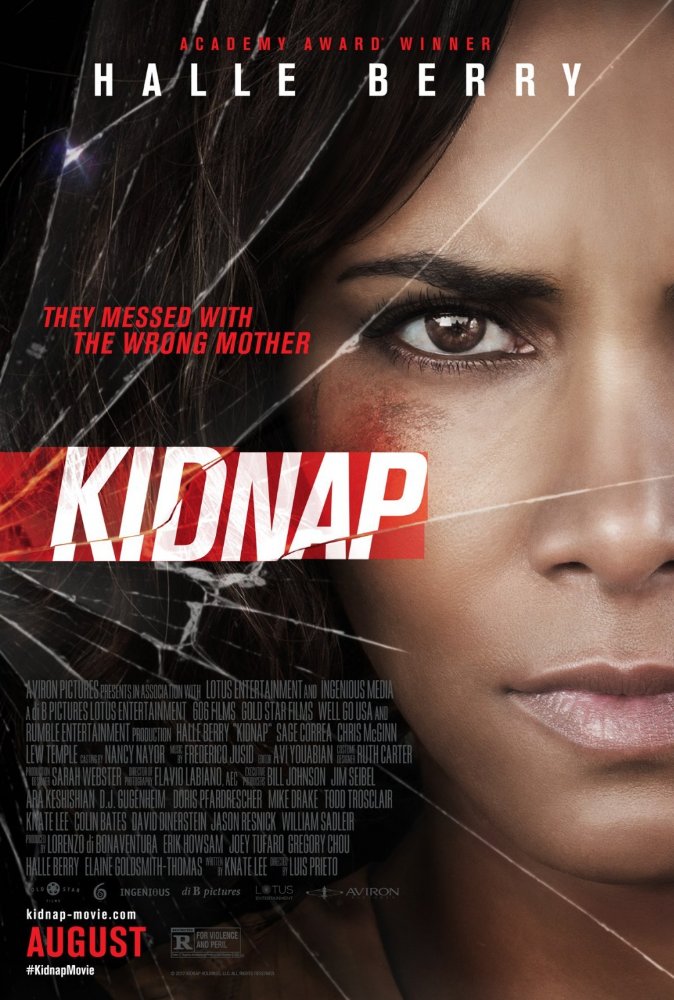