SEX/NUDITY 5 -Several instances of sexual innuendo and many kisses (in a few scenes we see a man and woman kissing passionately in bed; in another scene a man leans into a woman and kisses her passionately until she pushes him off). A man and woman kiss passionately, a few items of clothing drop to the floor, he and she fall onto a bed and then they are seen kissing and lying in bed, post-coitus (his bare chest is visible and we see a close up of her bare leg rubbing his sheet-covered leg). In what turns out to be a dream, a man helps a woman stretch her leg after running (the shot is framed so it intentionally looks like they're doing something sexual, and they both say a few double entendres); also, she licks his sweat from her finger, they kiss passionately and he rips open her shirt (we briefly see her sports bra before the scene ends). Twice, a woman spies on a man and woman kissing passionately (in one scene the man rubs the woman's clothed buttocks and one of her legs is wrapped around his waist; in another scene the woman's legs are wrapped around the man's waist and they're both moving up and down comically - both are scantily clad). A man and woman have a flirty phone conversation (i.e. "What are you wearing?") and a boy confesses to a priest about admiring a woman's breasts. We briefly see a basic drawing of a nude woman's torso (it looks like the white lines that show football plays onscreen; it appears, along with a few other drawings, when a boy moves his finger in an attempt to make the sign of the cross). We see a man wearing boxers, a woman wearing a bra and a skirt, a few women in cleavage-revealing tops and a close up of a woman's bare thigh with a cell phone tucked into her garter belt.

VIOLENCE/GORE 2 - Mostly played for laughs: a boy choking and shaking two other boys is kneed in the crotch by a girl, a man punches a woman in the stomach (at her insistence), a man punches another, a man is clothes-lined by another, a man runs into another while trying to get past him, a woman hits a homeless man with a bag, a man hits another in the head with an incense holder, a boy smacks himself in the face, a man is knocked down during a basketball game, what amounts to a few pratfalls, a man passes out after hearing a snipping sound at a bris, a drunken man bumps into someone and falls onto some trash bags, and a man's robe catches on fire and he extinguishes it by sitting in a basin of what is presumably holy water.

LANGUAGE 4 - Two F-word derivations, some anatomical references and slang terms (one is seen in subtitles), some scatological references, some mild obscenities (plus many instances of "suck") and an insult.

MESSAGE - Be honest with yourself and with others; have faith that they can handle the truth. Love is oblivious to the boundaries of religion. 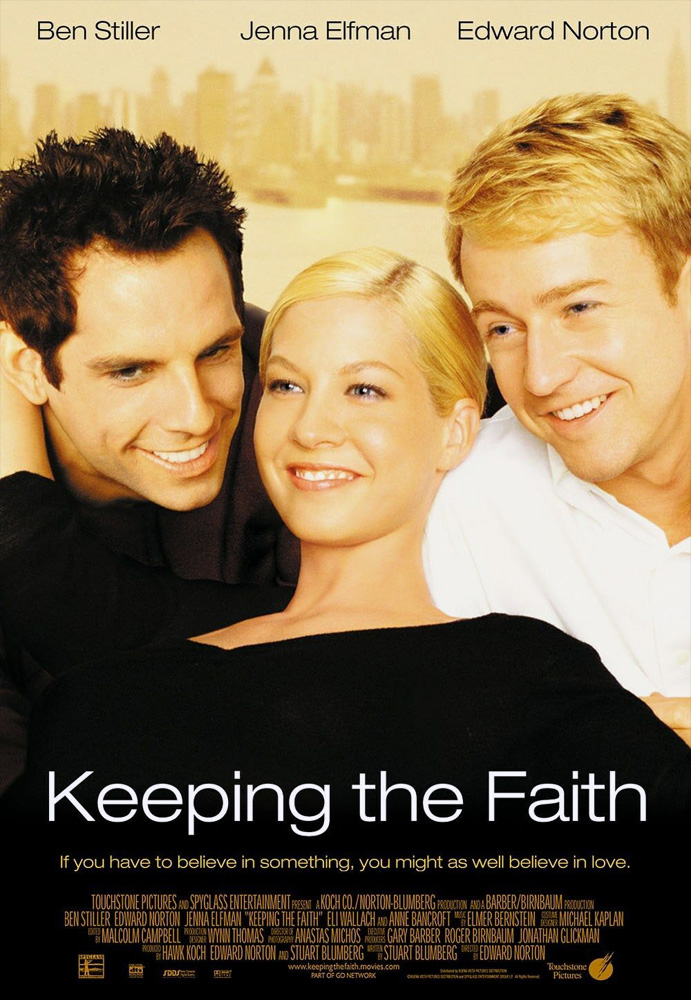