Ashton Kutcher and Brittany Murphy star as newlyweds whose perfect European honeymoon turns out to be a disaster. Hence they begin to wonder whether the marriage itself was really a bad idea, as many of their friends and family have insisted: not only are they very young, but she comes from a wealthy family and he's a part-time, fill-in, radio traffic reporter. Also with Christian Kane, Taran Killam and Monet Mazur. [1:35]

SEX/NUDITY 5 - We hear rhythmic moaning coming from a hotel room, as well as the springs of the bed creaking. A man and a woman kiss passionately, begin removing each other's clothing, role over onto a sofa and fall onto the floor still kissing; we see them the next morning when the man gets off the sofa and wraps a throw around his waist (he's bare chested). A man is also bare-chested and in his boxer shorts in an extended scene, and a man's shirt hangs open exposing his bare chest. A woman shoves a man into a room, jumps on him, pushing him onto a bed, gets on top of him while removing her top and bra (we see her bare back) and begins kissing him. A man and a woman go into an airplane bathroom planning to have sex; we see them kissing and trying to get positioned. A man and a woman kiss passionately and moan, a man and a woman kiss romantically in many scenes, and a man and a woman hug and kiss and nuzzle in many scenes. A man in his boxer shorts and tank T-shirt sneaks into a woman's bedroom, climbs into her bed and they kiss briefly. A man and a woman kiss and crash through a wall landing on a bed where a man and a woman are lying, and the man looks at the woman who just landed on his bed suggestively. A woman trips over an easel and men grope her as they help her up. A woman wearing a low-cut top leans over a man in the front seat of a car to access a keypad outside the window and more of her cleavage is exposed. Men and women flirt with each other in several scenes. Women wear low-cut, tight-fitting tops that reveal cleavage throughout the movie: one such woman has coffee spilled on her chest and we see part of her bra, and another woman's top is open to expose bra. We see a portrait of a man who is loosely draped across the hips, exposing his bare chest and bare legs. References to sex and sexual innuendo include: A man opens a package that contains a sexual device; a man says to a woman, "...having sex with a stranger"; there are several discussions about a woman having "had a man"; two men discuss a woman's "roster" of sexual partners, and a woman talks about having had too much to drink and then having sex with a man; a woman's nickname is also a slang for an anatomical/sexual reference and it is spoken repeatedly; people talk about "feeling like it"; a man remarks about the size of another man's endowment, and a woman remarks about the size of a man's endowment; a woman says she slept with a man, a man and a woman talk about using protection during sex, and a woman talks about sexually suggestive gestures; a woman asks a man to have sex with her, a man accuses another man of trying to have sex with his wife, a man suggests that he has had forced sex with another man, and a man talks about another man having had sex with a woman other than his wife. Four men ogle a woman.

VIOLENCE/GORE 4 - A dog chases a ball out a window, we hear car tires screeching, hear a thud and then see the grave of the dog with two people standing over it discussing what caused his death. A man waves a fireplace poker around breaking things and threatening another man, he then chases the man through a hotel with the poker until the police hold him. A man races his car into a gate, the car smokes and the bumper is crumpled. A man gets a big shock and is tossed backwards over a chair after trying to force a plug into a socket. A man and a woman begin kissing when a huge cockroach crawls across his face and neck and they both scream. A man is thrown down hard, onto the ground, during a flag football game (he stays down for a few minutes). A man is hit in the head with a heavy ashtray, and a man is kicked in the face. A man jumps out of a bathroom window and hurts his ankle. A man gets his foot caught in the toilet of an airplane bathroom; when a woman tries to help him out, they end up crashing through the door and hitting a woman waiting outside in the face (we see her with a bruised and bandaged face later). A car crashes into a snow bank and the occupants are unable to get out (the snow covers the doors). A woman is hit hard in the face by a football that knocks her to the ground. A woman slaps a man in the face, and a woman hits a man with a bra. A man carries a woman over the threshold and accidentally bangs her head into the door. A man and a woman bonk each other in the nose and we see them both with gauze in their nostrils. A man drives his car recklessly, knocking over several cement planters around a driveway, a car crashes into the back of another car pushing it over a cliff (no one was in it and we see the car on a tow truck later). A woman trips over a luggage cart and ends up on the floor. A man shoves a woman, and she is knocked into a man who spills coffee all over her chest. A woman throws gum in a man's hair and he has to cut it out with scissors. A man and a woman inadvertently break up a hotel room: a piece of the ceiling falls on the floor, a wall light falls, and they crash through a wall and land on the bed in the room next door. People yell at and insult each other in several scenes. A man pounds on an answering machine breaking it, and a man pulls on a car's steering wheel until it breaks off. A dog bites a man's pant leg, snarls and barks at him in a few scenes and a man is swarmed by pigeons in a square. A woman's nose bleeds. A woman accuses a man of having drugs in his rectum and he is searched by airport security off-screen, but we see him walking strangely and limping afterwards. A man comes out of a bathroom and two people outside are overcome by the odor, and a woman flatulates repeatedly as she goes up stairs, with two people behind her.

SUBSTANCE USE - People are shown drinking alcohol in a few scenes.

MESSAGE - Sometimes love is enough to keep people together. Marriage takes effort to make it work. 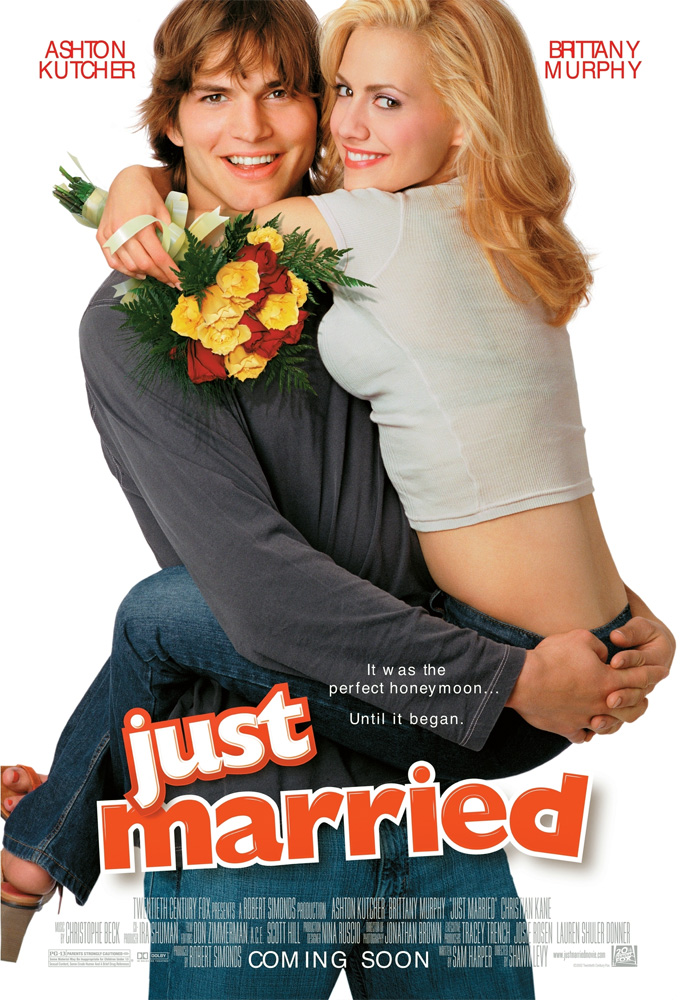