Ryan Reynolds stars as a man who suffered by being just a friend to a girl (Amy Smart) he was infatuated with in high school. When he unexpectedly visits his hometown and finds her working at the local bar, he is committed to stay out of the "friend zone" and to finally have a romantic relationship with her. He has competition though from the school nerd (Chris Klein) who also had a crush on her. Also with Anna Faris and Ty Olsson. Directed by Roger Kumble. [1:28]

SEX/NUDITY 6 - A woman jumps on a man, knocks him onto a couch, kisses him, licks him, says, "I wanna' lick your skin off," and she pulls down his pants (we see him in his boxers). A woman licks a man's mouth.
► A man and a woman kiss passionately (she wears a very low-cut dress that reveals cleavage), a woman kisses a woman on the lips (she appears to be interested in her sexually), and a man and a woman kiss a few times. Two men kiss in a movie.
► A woman drops her clothing and says, "I'm naked" to a teenage boy who then massages her back with oil. A woman grabs a man's crotch in several scenes (a few times she is trying to seduce him and others she is trying to hurt him). A man smacks a woman on the buttock.
► A woman in a skimpy outfit (revealing cleavage, legs and part of her buttocks) talks to a teenage boy about wanting sex. A young man asks a young woman in crude terms if they can have sex. A young man writes in crude terms about having sex in a car. A teenage boy talks in crude terms about self-stimulation while looking at a poster of a woman. A man talks of self-stimulation in front of his computer.
► A poster of a woman shows her eating a banana seductively and wearing whipped cream and cherries over her nipples. There are several posters of scantily clad women on the wall of a teenage boy's bedroom. A young woman flops back onto a bed, her skirt flips up revealing a bit of her panties and a young man sitting next to her seems uncomfortable with having seen her underwear.
► A woman wears a halter-top that reveals cleavage, bare back and shoulders. A woman in a skimpy holiday outfit swings back and forth on a swing over a dance floor at a party. Women wear low-cut tops that reveal cleavage in many scenes, a woman wears a low-cut, short dress that reveals cleavage and legs, a woman's panty top is visible over her pants, and we see a man with a towel wrapped around his waist and his bare chest and back are visible.
► A woman puts on a man's shirt, climbs into bed with the man, tells him to put his feet on her because they are cold, and they go to sleep (nothing sexual happens).
► A man and a woman hug, a man and a woman hug awkwardly. A man and a woman flirt in several scenes, and men and women dance together in a few party scenes. A young man dreams of being a young woman's boyfriend. A woman talks to a man and says, "the sex is good."

VIOLENCE/GORE 5 - A man hits a man in the face twice, he pulls up his underwear so far that they rip off, he then holds him on the floor, kneels over him and begins to drool saliva on him. A young man sits on the head of a teenage boy and squeezes his face trying to force him to do something. People throw things at a woman on a stage, she jumps into the crowd and pounds one man's head on the floor. A woman slaps a man in the face, and then punches him, and he is thrown out in the snow. Two women shove and fight with each other, a woman punches a man in the throat, a man and a teenage boy slap each other in the face, and one kicks the other twice. A man beats another man up and a man tackles another man. A man accidentally head-butts a woman and knocks her down. A man pokes a man in the eye, and a man throws a snowball and hits a man in the face.
► A teenage boy tasers a woman, she falls over a balcony and we see her with a bandage on her head later. A man is tasered in the crotch by a woman, he grabs her leg and transfers the electrical charge. An injured man in an ambulance is struck in the crotch by a piece of equipment that comes loose.
► Several children abuse a man skating and playing hockey with them, they hit him several times with a stick, they kick him, they punch him, and they humiliate him. Several children tease a man, he becomes angry, he knocks several children down to the ground, he hits one child in the head, and he smacks a hockey puck -- it bounces off the goal frame and hits him in the face (we see blood on his mouth).
► A man strapped into a stretcher accidentally slips down a snow-covered hill, he flips and lands face down on a frozen pond. A man flops hard onto ice while skating. A man is thrown off of a bus for being disruptive. A man runs into another man on skates and knocks him down.
► A woman drives a car into a fence, through a yard, the car becomes entangled in Christmas decorations in the front yard, a fire starts and a flaming reindeer is pulled through the streets. A woman puts foil into a microwave oven on an airplane, it sparks, catches fire and causes the plane to perform an emergency landing.
► Young men and young women tease a young man about his feelings for a young woman.
► A woman with a lot of toothpaste in her mouth licks a man on the face.

SUBSTANCE USE - A man appears very drunk in one scene. People drink alcohol in several party scenes, people are shown drinking alcohol in a bar scene, and a man drinks a beer.

MESSAGE - It's OK to start romantic relationships as friends. 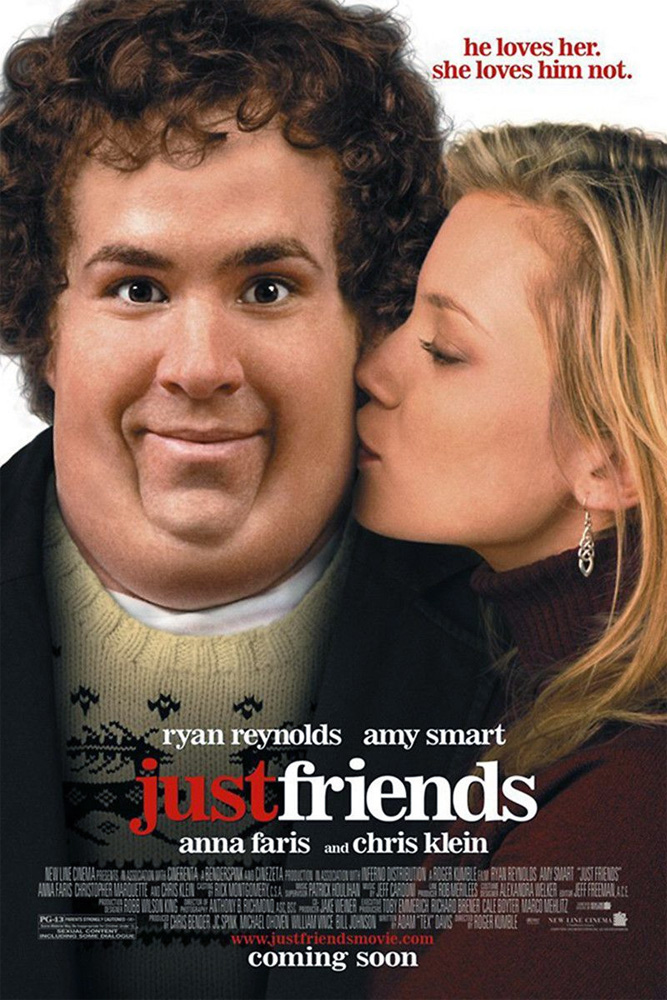