Black comedy that follows three couples, Dag (Ron Eldard) and Hallie (Kyra Sedgewick), Pete (Patrick Breen) and Rebecca (Marley Shelton), Andre (Taye Diggs) and Colleen (Sarita Choudhury), and a single woman, Paula (Marisa Tomei), as they learn the hard way that a kiss is never just that and will inevitably lead to infidelity. [1:29]

SEX/NUDITY 7 - A man and woman have sex, she's on top and thrusting rhythmically and we see her bare breasts and his bare chest. A woman sits on a man's shoulders, his head is under her skirt and she is moaning while he's evidently performing oral sex. We see an animated image of a man and a woman having sex: first, thrusting rhythmically, then the man turns around and we see his head nearing her crotch. A man and woman kiss while in bed together, a man and woman kiss and lie back on a sofa. A man and woman kiss, she wraps her leg around his waist and he caresses her leg. A man and a woman kiss and talk about him staying the night. A man imagines having sex with a woman (we see her bare back and hear her moaning). A man and a woman kiss a few times, a woman and a woman kiss, and two men caress each other. A woman asks another woman if she'd like to have sex with her. A woman tells a man that she has sex with other men apart from her boyfriend. A woman talks about wanting to have sex with a man who was homosexual and lists the other men with whom she has had sex. A woman talks about having had an affair with another woman's boyfriend. A woman talks about having had violent sex with a man, and a woman tied with chains around her wrists says to the man she's apparently having violent sex with that she thinks he's "going for the rape thing." A woman talks about having had sex with her therapist. An elderly woman asks a man to show her his private parts and he does: he drops his pants and we see his bare buttocks. We see the side of a woman's bare breast and her bare back as she dresses. We briefly see a woman in her bra and panties. A woman wears a dress that is open to her waist (we see some cleavage). Women wear tight tank tops and camisoles that reveal cleavage and bare shoulders, and tight low-rise pants that reveal bare abdomens and bare lower backs. A woman wears an oversized shirt that hangs open revealing her panties, and possibly a camisole (she's heavily shadowed). A woman wears a dress that reveals cleavage and bare shoulders. A woman licks an open jar of peanut butter sensually, a woman licks a man's face, and a woman looks at a man longingly. Men and woman dance close together during a ballet number, some hold each other and some are picked up by their partners. A woman kisses a dead woman, and a man kisses a dead woman.

VIOLENCE/GORE 5 - A woman is hit by a car (we see the impact and she is thrown through the air). A woman picks up a shard of glass and slits her wrist; we watch the glass opening her skin and blood comes out of the wound. A man and woman are shot in the back and they fall to the ground (a woman imagines this). A woman threatens a man with a mallet and he gasps and dies. A woman drinks a beverage that has been laced with sleeping pills, she lies on a stretcher and dies. A man with a bloody wound on his head is put onto a stretcher and loaded into an ambulance. A woman talks about having had violent sex with a man, and a woman tied with chains around her wrists says to the man she's having violent sex with that she thinks he's "going for the rape thing." A man kisses a dead woman and we see her sit up and grab him (he apparently imagines this). A man threatens another man and accuses him of having an affair with his wife, and a woman threatens a man. A woman struggles after having been tied to a chair. There are scenes of the aftermath of a plane crash with bodies strewn on the ground, and smoke and fire. A man talks about a puppy having been crushed under the wheels of a dolly. Two people wrestle with a man on an airplane trying to get his cell phone. Two men argue, struggle and wrestle on the floor and a woman tries to break the fight up but ends up in the middle of the struggle. A man drops a bowling ball on another man's foot and he winces and moans. A man yells at another man and spits on him. A man imagines another man's face on bowling pins, bowls them down and the animated faces on the pins scream. A woman yells at a man, slams his car door and continues yelling at him. A woman talks about the possibility of a man dying from an aneurysm. We see two men and a woman dead in coffins. There are several discussions about people trying to commit suicide; we hear about successful methods and statistics of success and failure. A woman shows us the scars from an attempted suicide. We hear that a woman is in a coma. A woman talks about coming from a family of Satanists and that they would do sacrifices and wanted her to be the bride of the devil (we see people chanting and dancing around a fire). A man talks about getting constipated. 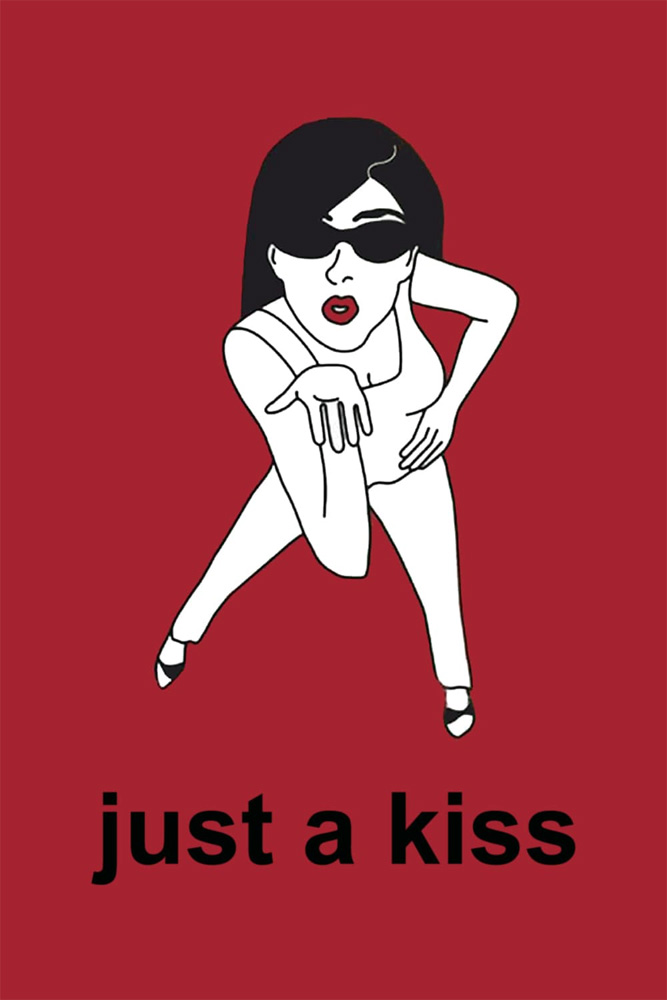