A scientist (Brendan Fraser) has some outlandish ideas that have landed him on the fringes of the academic world. When he discovers a journal from his missing brother he takes his nephew (Josh Hutcherson) and heads to Iceland, where along with a beautiful mountain guide (Anita Briem) they descend to the center of the Earth and discover a world of danger and wonder. Also with Seth Myers and Jean Michel Pare. Directed by Eric Brevig. [1:32]

SEX/NUDITY 2 - A woman kisses a man on the lips, and a man kisses a woman on the lips.
► A woman and a man fall out of a car, she lands on top of him chest to chest and they lay there for a minute to catch their breath.
► A woman wears low-cut tops that reveal cleavage in a couple of scenes.
► A teenage boy calls "dibs" on an attractive older woman and another woman says, "No one gets dibs."

VIOLENCE/GORE 4 - A man finds a dead body and buries it under rocks (we see the rock mound). A rope cuts a woman's hands and we see blood.
► Large scary fish jump out of the water, attempting to eat people who use sticks to strike the fish (one fish tries to bite a woman's buttocks). A dinosaur chases and tries to eat people, and man-eating plants attack two people (one person is seen being choked by the plants).
► A woman almost drowns but is rescued. A boy is carried away by the wind.
► A cave opening collapses after an explosion, trapping people inside (no one is hurt). There are several lightning strikes close to humans and lightning strikes a mechanical object causing an explosion (no one is hurt).
► A man falls down the side of a cliff (he is unhurt), a man almost walks off a cliff, a teenager is frightened about rappelling off a high cliff, and a teenager walks across a very high, unstable bridge.
► People ride mine carts through tunnels, crashing and jumping tracks, and are frightened; a man and a woman fall out of a cart and he is slightly hurt and groans.
► There are two explosions and no one is hurt, but people are lifted into the air with one explosion and are scared as they fall. People fall down a volcano tube (they fall very far, screaming, and end up in water).
► A man is struck on the head with a ball. A man knocks over a trophy.
► People talk about a mine disaster in which 81 people died.

MESSAGE - Sticking together and having faith in oneself will help a family overcome any obstacle. 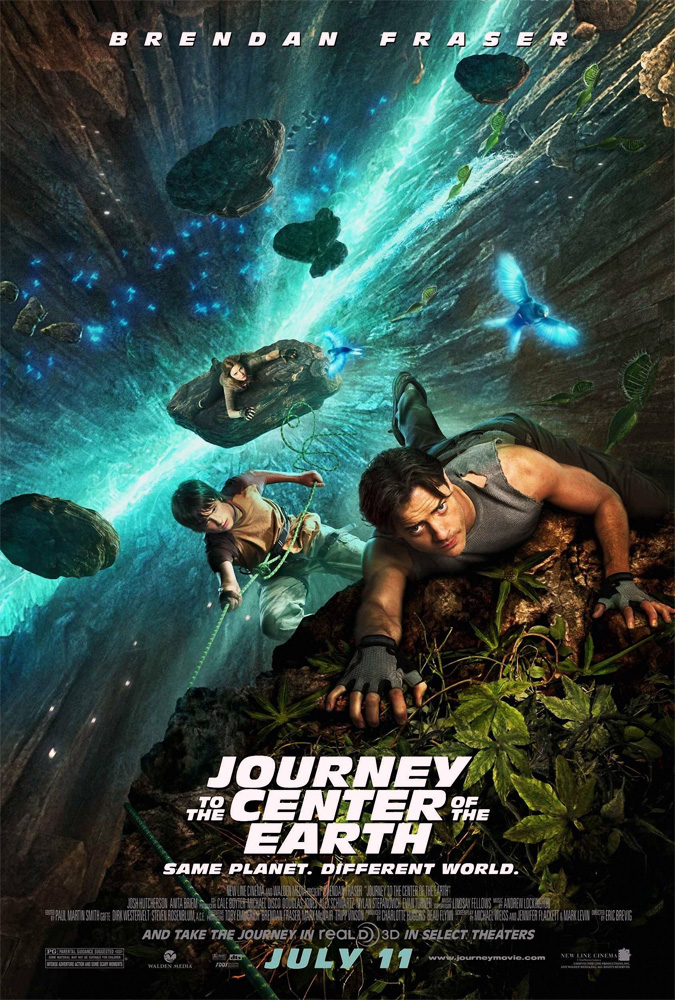