A wealthy Manhattan couple (Sam Rockwell and Vera Farmiga) welcomes their new child, but soon their gifted and apparently psychopathic 9-year-old son (Jacob Kogan) starts to destroy their lives. He is quite aware of the limits of love, and tests those limits and watches happily as he tears apart his family. Also with Celia Weston, Dallas Roberts and Michael McKean. Directed by George Ratliff. [1:45]

SEX/NUDITY 6 - A husband and wife kiss passionately, they begin removing their clothing (we see her in a tank top and his bare back is shown), he thrusts briefly and the scene ends.
► A husband is shown in jockey shorts and a T-shirt and his wife is shown in a tank top and lace panties, the husband caresses the woman's bare thigh and kisses it, and she appears uncomfortable and tells him she doesn't want to have sex.
► A woman pumps milk from her breast in a few scenes (we see her bare breast briefly).
► A man types sexually explicit terms into a Google search.
► A man flirts with a woman who is not his wife.

VIOLENCE/GORE 5 - A woman is shown at the bottom of a flight of marble stairs after she falls (we hear loud thuds and see blood pooling under her head).
► A man grabs a boy and shakes him, then pulls his hair and slaps him in the face (we see a bloody lip) then strikes him in the face repeatedly and on the back and buttocks repeatedly until several men restrain him.
► A boy falls off a piano bench and strikes his head on the stage (he lies unconscious for a moment but seems OK later).
► A woman yells angrily at her son while her husband holds her back. A woman yells violently at her mother-in-law about her insistence that her grandson has found Christ and wants to be baptized. A father yells at his son on the soccer field.
► A woman is startled, drops a glass on the floor, walks into the glass cutting her foot on a shard (we see her remove the shard, it pulls the skin, her foot and hand are covered with blood, and she smears it up her leg). A woman walks up stairs trying to find her baby and her bandaged foot begins to bleed.
► A man hits a racquetball hard into his opponent's back (he yells angrily but is OK).
► A man grieves over his dead dog, which lies on the floor, and then a boy cries. We see people gathered at a woman's funeral.
► A boy cuts the nose off a stuffed bear, pulls out the stuffing, then cuts the stomach open and pulls the stuffing out while chanting and talking about the embalming process. A boy becomes obsessed with mummification and the embalming ceremonies of Egyptians.
► A woman becomes terrified that construction workers are breaking through her ceiling. A mother panics when she goes into a baby's room and finds the baby missing. A woman appears to be losing control when her child won't stop crying (she yells and weeps uncontrollably). A mother becomes angry when her husband films her trying to pacify her crying baby. A woman wakes up fearing that she heard someone in her baby's room, she goes to check and everything is fine.
► A man accuses his son of "doing something" to people and of "hurting people." A boy says that someone died in their apartment and that someone has died on every square inch of the planet. A woman accuses a man of abusing his son. A boy talks about a "god of chaos" chopping another god into many pieces and a serpent eating something that would take an eternity to digest. A boy says that he'll give a street person $5 if he'll let him throw a rock at him. A mother tells her son that there are ghosts everywhere. A boy asks his mother if it hurt to have a baby.
► A boy steps into a street as cars speed by and we hear horns honking. A taxi driver and a cyclist yell at each other, apparently after the taxi driver ran into the cyclist.
► A husband finds his wife almost comatose after she searches for their children. A boy pushes a carriage with a sleeping baby toward the top of a flight of stairs (it is not pushed down).
► A boy draws pictures of people dying and being killed with blood spurting and pooling.
► A boy panics and pleads with his father when he is told that he is being sent away to school. A boy hides under a table and whimpers. A home movie shows an infant when she begins to cry uncontrollably. A man and a woman are startled by their son standing behind them in a few scenes.
► A dead guinea pig lies in a cage with large stitches visible in its abdomen. A boy speeds a remote control boat through ducks swimming in a lake.
► We see empty animal cages in a classroom and hear that the animals died from a fungus in the food.
► A boy vomits on the floor (we see goo and hear splatter).

SUBSTANCE USE - People are shown drinking champagne, a man drinks alcohol, a man and woman drink wine with dinner, and a man holds a bottle of beer (we don't see him drink). Two men smoke cigarettes and a man smokes cigarettes in a few scenes. A husband gives his wife medication to help her with depression, a man talks about a woman being "heavily medicated," and a man asks a woman if she has the blues after having had her baby and offers her medication (she does not accept).

MESSAGE - Not everybody deserves to be loved.

(Note: A grandmother takes her grandson to a prayer meeting against his parents' wishes. Family members argue about whether or not to baptize their infant. A man and a woman allow their 9-year-old son to walk the dog and make deliveries alone in a city.) 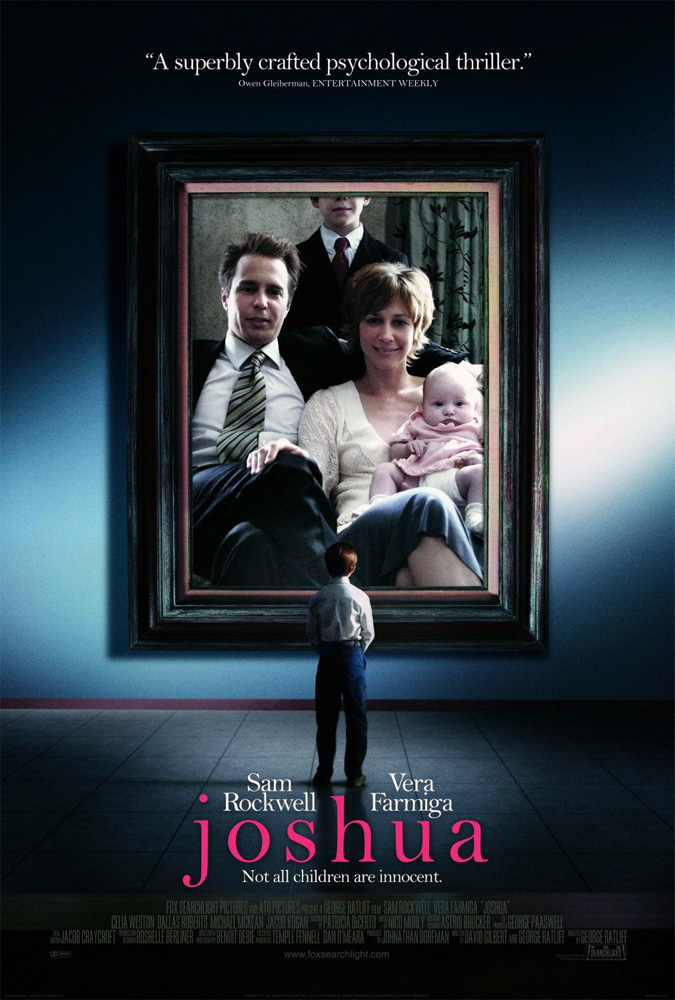