An African-born U.N. interpreter (Nicole Kidman) inadvertently overhears about a plot to assassinate the president of the African nation of Motobo when he will be addressing the General Assembly. She reports what she has overheard, but the federal agent (Sean Penn) charged with protecting her becomes suspicious that she's not telling the whole truth. Also with Catherine Keener, Max Minghella and Jesper Christensen. Directed by Sydney Pollack. [1:30]

SEX/NUDITY 5 - Two scantily-clad women -- one is topless (no breasts are visible) with a thong (we see her bare buttocks) and the other wears a bra top, thong (we see her bare buttocks) and sheer skirt -- dance in a nightclub; one dances on a stage around a pole and the other dances in front of a man, and she leans over and toward him.
► We see a photograph of three nude boys (we see their genitals, bare buttocks, backs, legs and chests) jumping off rocks into water. A man lies dead in a bathtub and we see his bare shoulders, upper chest and legs. We see photographs of malnourished men who are bare-chested.
► A man cleans blood off of a woman's face, she leans into his arms and they embrace. A man talks about his wife having left him for other men.

VIOLENCE/GORE 7 - A man is shot by a boy repeatedly in the chest and stomach (we see bloody patches on his shirt), and he falls to the ground dead; then another man is shot repeatedly (we see blood on his shirt and splattered on his face), he falls to the ground and twitches, turns over on his back and the boy shoots him in the head again, at very close range. A man with a gun shoots into a shower where he believes a woman is, another man comes in, the first man shoots at him and he shoots back, hitting the man (we see him slumped on the floor with bloody holes on his shirt). A man shoots a man (we see him on the floor with very bloody shirt), people outside the room hear the shot, scream and run or get down on the floor.
► Two men are taken to a room under a deserted soccer stadium where they find many dead bodies piled up; we see the bodies, their wounds are visible and we see dried blood and other matter -- the men react to the odor and we hear flies buzzing. A bus filled with people explodes; we see several charred bodies, people with bloody cuts and scrapes, and damaged buildings and cars around it. A dead man lies in a bathtub with blood-tinged water (he apparently committed suicide). We see photographs of dead bodies briefly (blood is evident), a photograph of a dead man in a bathtub, and we see a body being taken away in a body bag.
► A man puts a pillow over a man's head, the man struggles and kicks, and the killer punches him hard in the head (we see the man dead in a closet later with a bloody bruise on his cheek).
► A man assembles a gun, we see a man lying motionless next to him and it is not clear if he is dead or unconscious; the man then takes aim at a man. A woman grabs a gun from a man and holds it to his head threatening to kill him, another man comes into the room, holds a gun on her, and they both put the guns down.
► A woman describes how she shot a boy in the head to keep him from shooting her. A man describes another man being shot to death by a boy. We hear that a woman's parents and young sister were killed when a landmine exploded under their car and we see a flashback of the incident (we see no bodies). We hear that a woman was killed when the car she was riding in ran into a bridge abutment. A security detail talks about how an assassination attempt may be performed. People talk about wanting a man dead and make other references to being killed ("get popped," "gone"). We see photographs of malnourished men, and we see a list of people's names and next to each is a description of how they were murdered.
► A woman describes a ritual that includes pushing a bound person (the person responsible for the death of your loved one) into water and making a choice about whether or not to save the person or let them drown.
► A woman riding a Vespa is chased by a man in a car, the car comes very close to her bumper, the woman swerves, runs a red light, and the car stops.
► A man wearing a tribal mask stands on a woman's balcony and waves to her, and she screams apparently in fright. A woman walks along a dark street, a man follows close behind her and she is frightened. A woman overhears a conversation and she panics when she realizes that she was probably seen by the people talking.
► A woman accuses a man of killing her family and his security guards move close to her in a threatening manner. A man walks along the side of a road with bandages over his eyes.
► Homemade bombs and explosive devices are found in an apartment and some are connected to a light switch that is almost flipped on. A man and a woman yell at each other. A boy shoves a boy in the back. 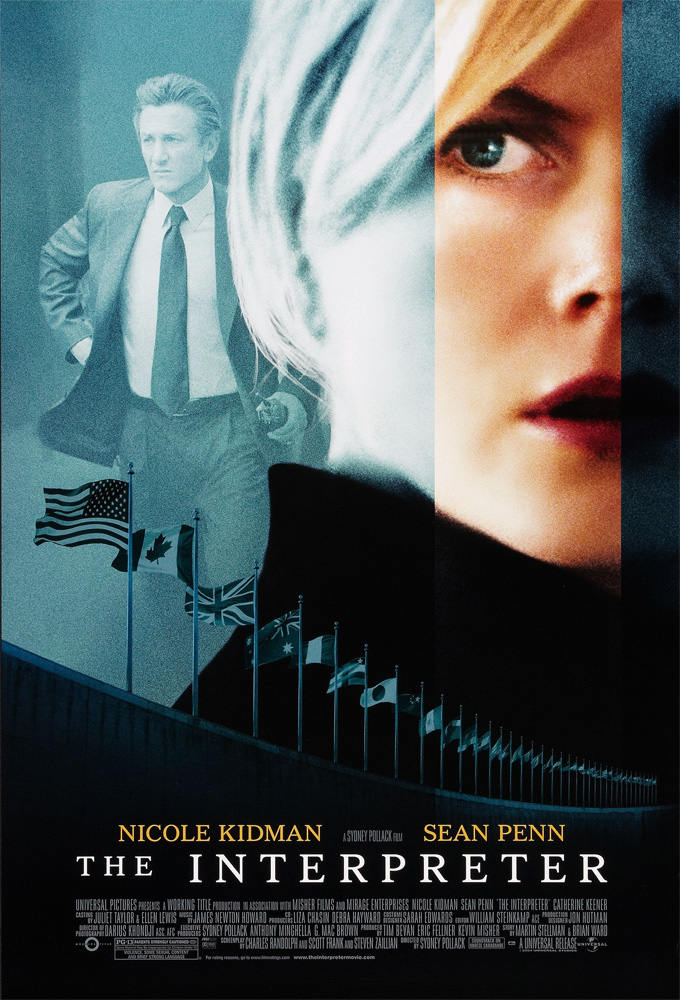