Why is “I Believe in Santa” rated PG? The MPAA rating has been assigned for “mild language.” The Kids-In-Mind.com evaluation includes a few kissing scenes and flirting, many arguments between a man and a woman about Christmas and Santa Claus, and some mild language and name-calling. Read our parents’ guide below for details on sexual content, violence & strong language. A woman (Christina Moore) becomes upset after five months of dating a man (John Ducey) she thought was perfect. When he disappears in December, she learns that he is obsessed with Santa Claus, but she hates Christmas. Also with Violet McGraw, Sachin Bhatt, Lateefah Holder, Matthew Glave, Paxton Booth and Mark W. Gray. Directed by Alex Ranarivelo. [Running Time: 1:29]

I Believe in Santa SEX/NUDITY 2

– A man and a woman smile flirtatiously, hold hands, hug and kiss quickly in a few scenes. A man and a woman kiss loudly under mistletoe.
► A woman makes jokes about a case of mistletoe she keeps in her bedroom for her boyfriend. A woman calls a man a creep (meaning a child predator) when she finds him attempting to help her young daughter, who’s lost at a fair. A man and a woman tell each other “I love you” in three scenes; later, he proposes and she accepts. We hear that a woman’s ex-husband has a girlfriend.

I Believe in Santa VIOLENCE/GORE 2

– A man and a woman argue several times about the man’s obsession with Santa Claus; they each complain to their friends about the situation and look sad. Two men argue briefly twice. A Muslim man says that people see him as evil and dangerous. A woman says that at age seven her parents took her Christmas present back to the store and she never received another Christmas present.
► Two women in a hired car scream at different times and scare the driver, who jumps. A baby cries loudly at Santa Claus. A woman is shocked at the large number of Christmas decorations in a man’s house; she stares for several seconds with wide eyes and a gaping mouth and then criticizes him.
► A few children and some adults fall off sleds on a hill without injury and we see a few snowball fights (no injuries occur).

I Believe in Santa LANGUAGE 3

I Believe in Santa SUBSTANCE USE

– We see a few adults sip wine four times, two adults are seen with glasses of beer and later glasses of wine (they are not shown drinking), a woman pours wine at home and does not drink it until later, a man and a woman each take a large drink of wine from filled glasses, a man appears to drink whiskey from a short glass, and two women hold short rocks glasses of liquor but do not drink.

I Believe in Santa DISCUSSION TOPICS

I Believe in Santa MESSAGE

– Christmas is the time for understanding and sharing. 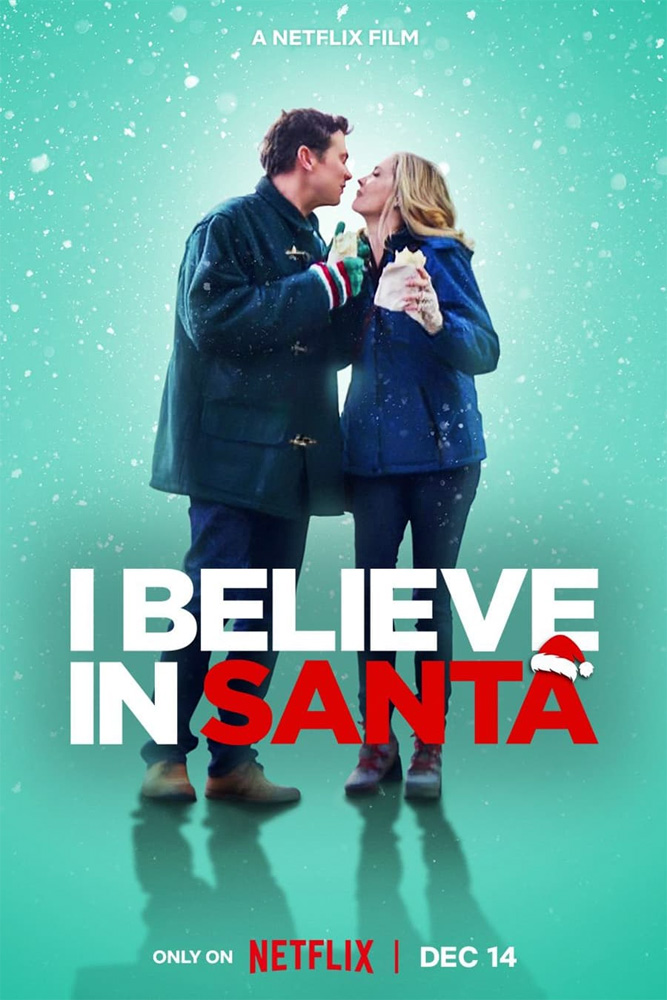