A middle class couple (Will Farrell and Amy Poehler) loses a scholarship and cannot afford their daughter's college education. Hence, they join a neighbor (Jason Mantzoukas) in his underground casino operation and money piles high, but so do problems with a nosy policeman, a corrupt city council and feuding neighbors. Also with Nick Kroll, Jeremy Renner, Ryan Simpkins, Allison Tolman and Michaela Watkins. Directed by Andrew Jay Cohen. [1:28]

SEX/NUDITY 6 - A man and a woman kiss wildly and passionately in a laundry room, stumbling around as the scene ends. A husband kisses his wife on the forehead for several seconds.
► A man moves two fingers in and out of a woman's curled fingers in close-up, implying sex. A man holds a woman's hand in an office and another man enters, asking if they are having an affair (she is married to someone else); the couple jokingly says yes and they will have sex when the other man leaves (he leaves and the couple closes the blinds and turns out the lights and sex implied).
► A woman wearing a low-cut floor, length dress reveals cleavage and skin through cut-outs at the back and sides with a slit to the hip; facing the camera, she sticks one bare leg out, bends her knees, lights a blowtorch, and does several pelvic thrusts. A large photo shows two pairs of women's legs up to the thigh, all in fishnet stocking and entwined. A computer graphic shows a teen girl wearing black leggings doing the splits, with her rear end bouncing up and down. A shirtless man parades around a fight ring and his stomach jiggles. Five golden nude female mannequins stand against a wall, facing the camera (they have no faces, details, and nipples, but breasts are clear). Two running women appear to be topless (we don't see anything). A woman wears short-shorts that show her fully bared legs to the top of the thighs. A teen girl wears legless shorts in one scene. Several women at a pool wear bikinis that show bare shoulders, cleavage, abdomens, partial buttocks, and fully bared thighs. Several men wear swim trunks with bare chests, shoulders, lower thighs and knees showing. A man runs down a staircase wearing only a Speedo. A man wearing a robe wears short-shorts underneath and we see his bare chest, thighs and lower legs. Students spray-paint male genitalia outline onto a high school football field.
► A teen girl tells two other teen girls that at college, "You have to be prepared to be date raped." A man says that he found a "glory hole" in his house with a penis hanging out of it. A man lies, telling a robber that his row of wall safes contains a pornography collection. A man says that he can stop looking at porn anytime he wants to (we do not see porn). A man asks another man if his sunglasses and cigarettes are women's brands. A woman refuses to leave town with her boyfriend and walks out of the scene with her husband.

SUBSTANCE USE - A woman smokes a large marijuana cigarette in a casino as well as in a swimming pool and on the street and says that "Weed is like emotional armor," a man and a woman threatening a man who is tied to a chair say they are high (please see the Violence/Gore category for more details), a man shouts and talks fast and snorts cocaine from a horizontal portion of a wall sconce, cocaine sprays into the eyes of a man and he screams, a man shows people three huge oxygen tanks for an oxygen bar he says he will open, and two prescription medication bottles are seen on a kitchen counter (their labels are obscured). Men and women hold short mixed cocktails as well as short glasses of whiskey and red cups denoting alcohol or bottles of beer in a casino, two men drink from beer bottles and we see a few bottles of beer on gambling tables and on side tables as well as a kitchen counter and an office table, a man advises his college-aged daughter that if she drinks a six pack of beer she should also drink a six pack of water, we see short cocktails and bottles of beer around blackjack and poker tables and a dice table at a casino, a man drinks from a beer bottle, four men hold beer bottles and one of the men drinks from his bottle, a man pours a bottle of beer down another man's throat, a man sips whiskey at his desk, glasses of champagne are seen on tables and in the hands of men and women in a restaurant and one man drinks, we see a still shot of a woman curled up on a sidewalk with an empty whiskey bottle beside her, and men and women drink shots of alcohol in a basement casino and stagger home (drunk and slurring their words). A man smokes a cigarette in a casino.

MESSAGE - Some parents go to great lengths to provide a college education for their children. 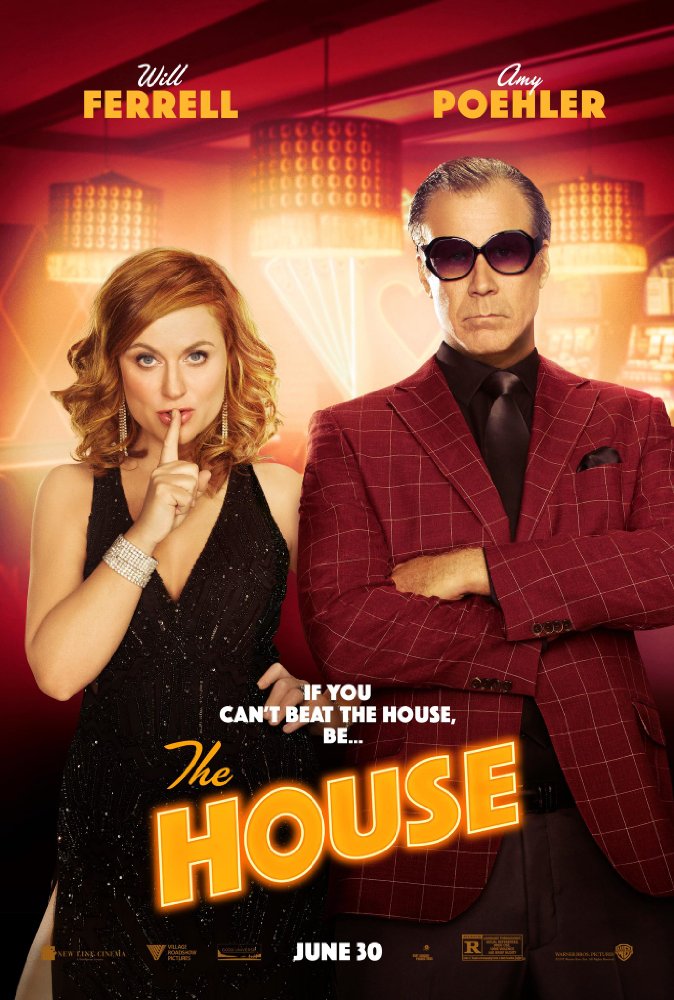