In this supernatural thriller a successful and well-respected psychologist (Halle Berry) on staff in a prison for the criminally insane, awakens to find herself an inmate in the prison after a car accident. She is unable to remember what happened, but is told that she brutally murdered her husband (Charles S. Dutton). As the events of that night begin to come back to her she realizes that she was not alone and someone or something else was responsible for the death of her husband. Also with Penélope Cruz, Robert Downey Jr. and Bernard Hill. Directed by Mathieu Kassovitz. [1:35]

SEX/NUDITY 7 - A man and a woman kiss. A woman describes dreams that she has about being raped by the devil. A woman asks a man if they have had an affair. We see many nude women in an open shower room (bare breasts, bare buttocks and crotches). A nearly nude woman (she wears panties and has bare breasts) is chained to a bed. We see a woman's bare thighs a few times when her hospital gown gapes, a woman's bare back is exposed when her hospital gown drapes open, and we see a woman's bare abdomen in a short top and low-cut pants. A man removes his shirt and we see his bare chest and back. A woman swims laps in a pool and we see her bare legs (she's wearing a swimsuit).

VIOLENCE/GORE 7 - We see a man begging for his life -- he is bloody and his legs have been smashed -- as a woman approaches with an axe; she raises it and hits his arm and he screams. A man shoots a gun into a room that has been filled with a flammable gas, an explosion occurs and he is engulfed in flames (we see his skin smolder and blacken), and he is shot in the head (we see the bloody bullet hole and he falls to the floor). A woman is thrown across a room, slams into a wall then into shelves, she is slammed back and forth against walls then falls to the floor motionless. We see a woman with cuts on her chest and a bloody nose and then watch her burst into flames (we see this scene a few times). A woman dreams of blood splattering on a wall and blood dripping down a wall (we hear splats), a woman has nightmares about a murder. A woman is terrified when she sees a woman in a shower, she screams, and we then see her very bloody arm as she is slashed repeatedly with a knife (we hear she was cut 35 times). A woman is slammed against a door (we see her from the outside of the door) and blood trickles from her nose and eyebrow (we see a bandaged eyebrow and a cut on her lip later). We see photographs of a bloody crime scene (lots of blood, but no real detail) and a woman screams when she sees them. A man shoves a woman against a wall, he tries to give her an injection, she runs away, and he shoots at her. A woman attacks a man and two women, she is chased by many guards, she falls from a fence and lands hard on the ground, and she drives away recklessly hitting the back end of a truck and crashing through construction cones before coming to a stop. A woman is chained to a bed, she screams and has blood on her. There are many jump scenes involving the presence of a spirit and the image of a dead person appearing abruptly behind or near a character. A man holds a gun on a woman and she holds a knife on him, another woman (with a bloody face) reaches out from under a darkened stairway and screams. A woman soaks in a tub and the water is red from blood, she stands up, convulses and we see the image of another woman's face appear on her face (it looks like someone is leaving her body). A woman combusts and another woman jerks and twists as if the woman somehow enters her body (her eyes glow briefly). A boy stands in a street, a bus approaches and drives right through him. A woman holds herself under water for a long time trying to hide from armed people who are looking for her. A woman drives off a road after swerving to miss hitting a woman standing in the road. We hear descriptions of the kidnapping, rape and murder of many young women. A woman describes in graphic detail how she cut a man's throat (cut the Adam's apple in half) to make him stop sexually abusing her (he was her stepfather). A woman's arm begins to bleed through a bandage. We hear that a young woman committed suicide. A woman describes dreams that she has about being raped by the devil. A woman screams, throws a fit, she is restrained and given an injection which makes her sleep. A woman kicks and punches medical personnel while they are trying to restrain her. A woman grabs another woman's arms and yells at her, the woman is then restrained by guards and put in her cell. A man and a woman yell at each other. A woman jumps and screams when an owl flies toward her. We see a bed with blood-stained sheets and chains attached to the bed posts. A picture and tattoo of a woman in flames is shown several times. A man clips the tip off of a cigar and says that he "circumcised it."

SUBSTANCE USE - People are shown drinking alcohol and smoking cigars and cigarettes. 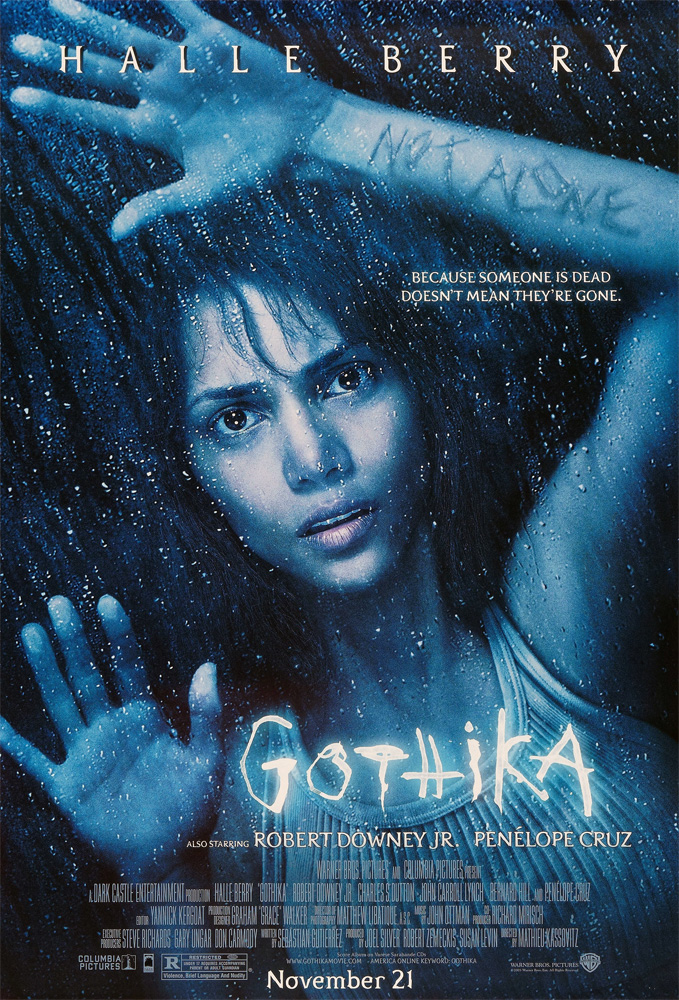