In the third part of the "Millennium Trilogy" a woman (Noomi Rapace), a reporter (Michael Nyqvist) and his sister and attorney (Annika Hallin) gather evidence against a rogue section of Sweden's Secret Services and a Soviet defector (Georgi Staykov) they are protecting. As the evidence builds from 1960 onwards, with drug trafficking, prostitution, pornography and gunrunning, threats and attempts on their lives increase. Based on the best-selling series of novels by Stieg Larsson. Also with Lena Endre, Sofia Ledarp, Jacob Eriksson, Askel Morisse, Niklas Hjulstrom, Anders Ahlbom and Micke Preitz. Directed by Daniel Alfredson. In Swedish with English subtitles. [2:27]

SEX/NUDITY 8 - We see footage played in court of a young woman tied facedown on a bed, her buttocks and thighs bare and visible while a man (he's supposed to be her guardian) beats her buttocks with a strap; we hear her loud groans and screams, suggesting anal rape.
► A computer hacker finds hundreds of child pornography photos on a man's laptop in a hotel room; we see girls about 10 to 12 years old with bare chests (some with small breasts), and bare thighs, legs, and feet; all are in prone or kneeling positions (none are engaged in sex acts).
► A woman wears a black bra under a white blouse and the bra, as well as cleavage, is visible. We see two nude human statues, one standing and one crouching on a desk (we do not see any details).
► We hear that a psychiatrist restrained a pre-teen girl illegally in a bed for 381 days; he says that it is essential to touch children during the treatment process -- this suggests sexual abuse, although we do not see anything. A man is arrested and led away to jail on 8,000 counts of child pornography possession and distribution.
► A man and a woman kiss each other briefly twice.
► A man and a woman consider staying in a hotel to sleep, but they decide to go to their separate homes and we later see the man wearing a T-shirt and underwear as he gets into bed alone.
► A man says that another man had a fling with a German woman, producing a son that is a goon.

SUBSTANCE USE - Surveillance tapes show a man planting cocaine in another man's apartment, and investigators discuss a Soviet drug trafficker. A man sits in front of a glass of ale at a restaurant (we do not see him drink), two women are shown drinking from a glass of beer and a glass of wine respectively, a restaurant scene features glasses of beer and wine on diners' tables (no one is shown drinking), and a man drinks an alcoholic drink in his office. A woman lights and smokes a cigarette, a woman in a hospital bed asks a visitor for a cigarette and the visitor asks a nurse for a nicotine patch, a woman in a jail cell asks a police officer for a cigarette, and a woman uses smokeless tobacco called "snus" between her upper lip and gums and then removes it and tosses it on a floor.

MESSAGE - Crime and abuse may run rampant, but justice can prevail. 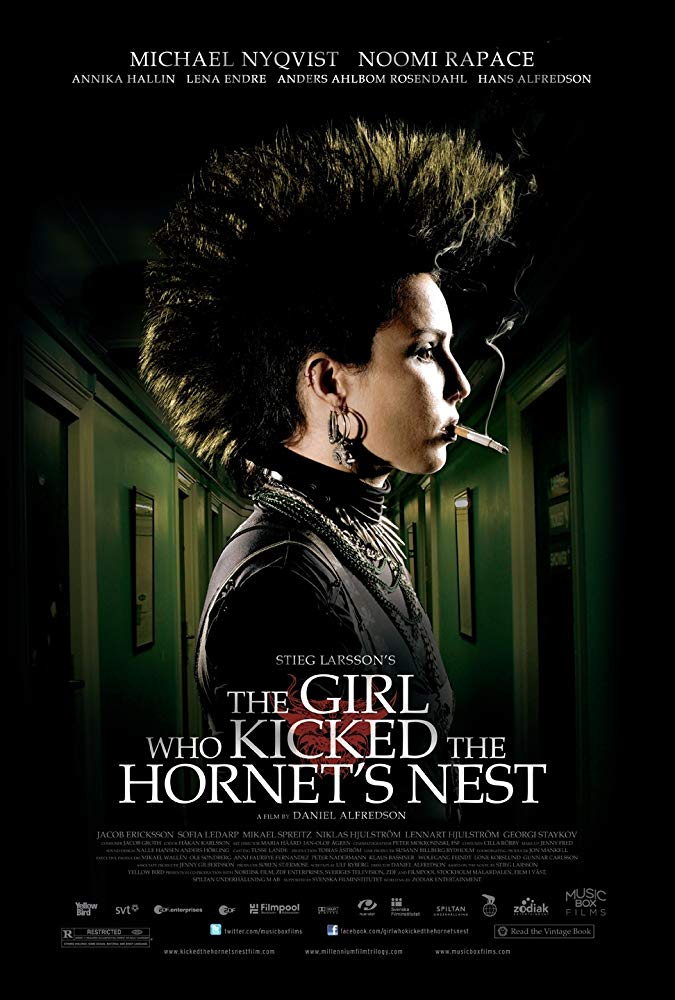