When a record company intern (Jonah Hill) is placed in charge of chaperoning and delivering a famous partier and rock star (Russell Brand) to a concert at the LA Greek Theater, what should have been a quick trip to the airport turns into a 72-hour party that changes their lives. Also with Rose Byrne, Elisabeth Moss and Sean "Diddy" Combs. Directed by Nicholas Stoller. [1:49]

SEX/NUDITY 9 - A man discusses with a woman how a different man had engaged in intercourse with various women, and he proposes that he, the other man and the woman have a "threesome"; the three are later seen lying in bed together (the men wearing briefs and boxers and the woman covered by a sheet), the woman is kissing both of the men, it is implied that the woman receives oral sex from one of the men while she kisses the other man (she moans loudly) and the woman is seen kissing one of the men until the other man interrupts, kisses the man himself and it is implied he grabs the other man's genitals.
► After a man instructs a woman to have intercourse with another man, the woman straddles a man and she shows him her genital area (we don't see anything): the two discuss her pubic hair, the woman insists that the man should have sex with her, she pushes a large sex toy into his mouth, pulls off his pants (his boxers seen), it is then implied that she pushes the sex toy into his anus, he winces and later remarks to two other men that he felt like he had been raped.
► A woman is seen straddling a man as he sits on a toilet: she thrusts as they engage in intercourse, the woman moans, and a portion of her bare buttocks are seen; the man shouts that his behind is getting wet from the toilet as the woman attempts to kiss him.
► It is implied that a man is performing oral sex on a woman under a blanket: the man remarks that he has an erection and the woman says she is not interested in intercourse, but makes a crude remark that she will allow the man to touch her breasts while he masturbates.
► A man holds a woman's bare breasts in his hands. Men are seen in a strip club, where breasts of multiple topless women are seen as they perform in front of groups of men, straddling them and dancing suggestively as men watch; men remark on the appearance of the women's breasts.
► The digitally obscured genitals of a woman are seen as she sits with her legs uncrossed. A man's digitally obscured genitals are seen, as the man appears to make a crude gesture using his genitals. The bare buttocks of a man are seen as he moons a group of people.
► A man with an open shirt (his bare chest is visible) and a woman wearing a bikini are seen dancing suggestively. A group of women dance suggestively in low-cut, short dresses; the women bend over and show their bare buttocks, obscured slightly by a flower, and one of the women makes a crude gesture with her hands and mouth. A man thrusts his crotch against a television camera (we see a close-up of his clothed crotch). A man dances suggestively, thrusting his hips as he rips his pant-leg to reveal his bare upper thigh. A group of older men are seen dancing suggestively by thrusting their pelvises, and one of the men is shirtless. An older man is seen wearing a Speedo-style bathing suit (his bare chest is visible), as another man smacks his behind.
► Men and women kiss, including a man that kisses a woman with his legs on her lap, and a man and a woman that kiss while lying side-by-side in bed. A man sticks out his tongue and a woman bites/kisses it.
► A shirtless man is seen wrapping his arms around a woman as she lies in bed.
► Men make crude jokes about engaging in intercourse with various women, including a man, who is continually making crude remarks about having intercourse with various women, as well as asking a woman if he could speak to her genitals; the woman replies (also using crude language) that her genitals miss his genitals. A man jokingly asks a woman if she would like to tape the two of them having intercourse. A man jokes with a woman that she is using the offer of intercourse to blackmail him. A man remarks that he has eaten food from a woman's breasts. A man remarks on the shape of a woman's breasts.
► Throughout the movie, music is heard with very graphic lyrics concerning intercourse and sexually transmitted diseases, as well as containing numerous profanities.

VIOLENCE/GORE 6 - A man stands on top of a tall building and threatens to jump, turns, jumps two stories into a swimming pool, and hits his arm on the wall of the pool, which causes a compound fracture of his arm: broken bone is seen coming through the skin of his forearm, blood clouds the pool water and blood is seen on the man's arm and later seeping through a bandage.
► Footage is seen of people firing machine guns at one another, and a man throws a bottle at a man, which engulfs another man in flames. A man is seen walking in front of gunfire (he's unharmed) and then holding up a blood and tissue-covered newborn infant.
► Two men have a fight in the middle of a party: they hit each other with musical instruments, one man pulls the other down a flight of stairs, they throw plates and bottles of champagne at each other, and after one of the men pulls out a gun, a third man joins the fight and punches one of the men in the back, causing him to fire the gun in the air; one man knocks the other man down and begins to drag him by his feet around the room and throwing empty bottles at him, and one of the men drops a lighter, causing an overturned bottle of alcohol to catch on fire (the three men are then seen running from the building).
► A man yells that he is going to stab another man in the stomach -- the man is later seen with his shirt covered in blood when he is dumped in front of an Emergency Room while shouting in pain. A man asks a woman if she has blood on her shirt (a red smear is seen), the woman says yes, and explains that a man's heart exploded in her hand.
► A man is seen throwing up: vomit is seen coming from his mouth and on his shirt. Vomit is seen hitting a toilet as the sound of retching is heard, and a photograph of a man vomiting (a stream of vomit coming from his mouth) is seen.
► A man is seen running in the middle of the street chasing a truck, he's struck by a car and almost instantly stands back up and continues running and shouting. A man is stabbed in the chest with a needle filled with adrenalin; he stands up and runs wildly around the room.
► A man puts his hand in the back of his pants and it is implied that he places a baggie of drugs into his anus; the man then remarks to another man on multiple occasions that he has something inside his anus. The silhouette of a man putting his hands in the behind of another man is seen (implying the removal of a baggie of drugs).
► A man angrily shouts at a group of people, including telling a man to throw his phone, which he smashes against the floor. A man shouts at a woman to cut off his genitals, and then crudely asks if the woman is menstruating.
► Men playfully hit one another with bags of garbage and dance on the hood of a car; a man laughs as another man (wearing only a leather bondage outfit that reveals his chest) acts like he is about to whip him. A man stumbles, falling to the ground, and struggles to regain his footing.

SUBSTANCE USE - Men and women use and discuss excessive use of illegal drugs, men are seen smoking drugs as well as taking pills, and a man is encouraged to smuggle drugs onto an airplane in his anus (and does so). Men and women are seen drinking in excess, to the point of drunkenness, and people discuss sobriety and a man's drug and alcohol addiction. 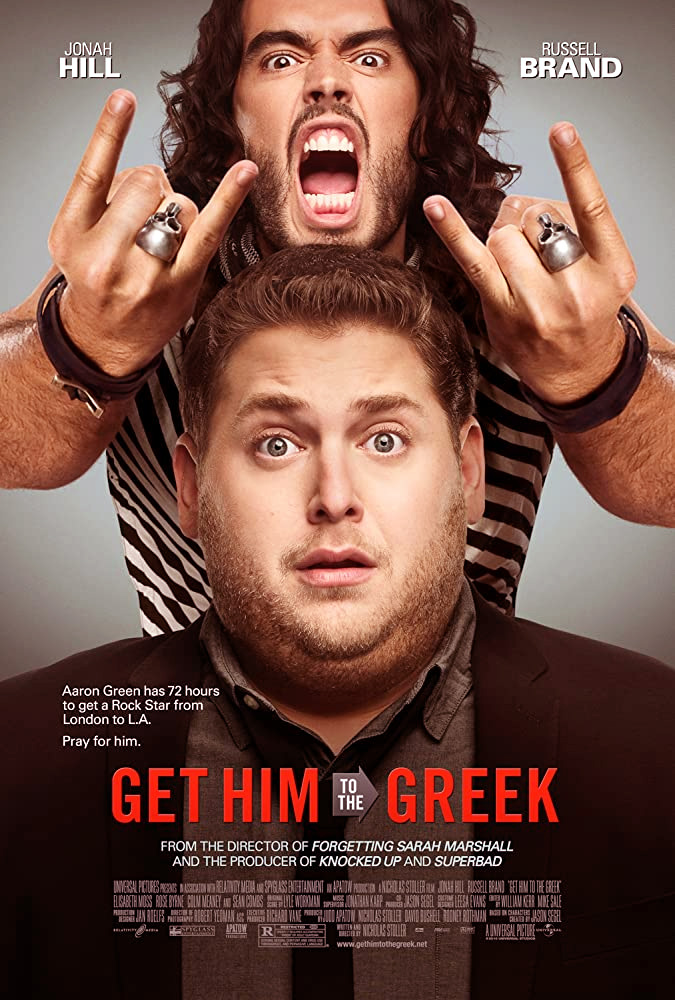