In this Japanese animated feature, when a school's beloved clubhouse is being threatened to make way for the 1964 Tokyo Olympics, a group of students band together to protect it. With the voices of Sarah Bolger, Anton Yelchin, Gillian Anderson, Christina Hendricks, Aubrey Plaza, Jamie Lee Curtis, Bruce Dern, Chris Noth, Beau Bridges, Isabelle Fuhrman and Ron Howard. Directed by Goro Miyazaki. [1:31]

SEX/NUDITY 2 - A teen girl tells a teen boy that she is in love with him, and does not care if he is her brother, as her feelings will not change; the two briefly hold hands and the teen boy says the same. A group of teen girls swoon and giggle as they watch a teen boy. A teen boy grabs a teen girl's hand and they run away. A teen girl blushes when a teen boy pays attention to her.
► A teen girl asks a teen boy if he "does not like her" to tell her, and the teen boy informs the teen girl that she and he are actually brother and sister; the girl appears shocked and the boy advises they just treat one another as friends. A teen boy asks his father if another man was his "real father" and the man disregards the question telling the boy that he is the boy's father.
► We see a woman's partially covered bare breast as she breastfeeds. As she changes clothing, we see a teen girl pull off her shirt; she is wearing an undershirt and no nudity is visible.
► We see two teen boys turned toward a urinal (no sound of urination is heard and no nudity is visible).

VIOLENCE/GORE 3 - We see a large explosion as a man's ship floats toward an underwater mine and a teen girl's voiceover explains that her father had died in the Korean War. We hear an explosion and see teen boys run out of a room, followed by a puff of smoke (the boys are unharmed).
► Teen boys scale a roof and pose for photographs when one of them falls off the roof and lands in a shallow pool (a teen girl comes to his rescue, helping him from the pool); a crowd of teens make cat-calls, the teen girl acts horrified and allows the boy to fall back into the pool (he is unharmed and we see another teen boy pull him out of the pool in the background).
► Teen boys knock over a portion of a stair rail, it nearly hits two teen girls and it is caught by two teen boys. A teen boy on a bike screeches to a halt in front of a teen girl, almost hitting her. A man stumbles, and then catches himself before falling.
► A teen girl has a disturbing dream where she, as a child, wanders around crying; she then dreams of being comforted, as a teenager, by her deceased father and seeing her absent mother (the teen girl awakens crying).
► A teen girl has a vision of a teen boy falling from a flagpole, and she gasps but realizes it was not real. Two teen girls are surprised when a man swings open a curtain; they are unharmed. Two teen girls are surprised when a teen boy opens a door, as they are about to pull the handle. In mock surprise, an older woman shouts and acts surprised when she sees a woman pour a large amount of soy sauce on her breakfast.
► We see a teen boy with his hand wrapped and he explains that the cut is not from a fall off a roof, but from a cat scratch.
► We hear many teen boys shouting; one boy shouts that it is unnecessary to tear down their clubhouse and another boy stands up and shouts at the first boy who angrily shouts back and the room erupts into shouting. A teen boy excitedly shouts before a crowd, saying that people cannot forget those who died before them. A teen girl shouts at a teen boy, and then angrily mocks him. Two teen boys hold back an angry teen boy who is shouting as his clubhouse is torn down. Two teen boys shout excitedly at one another.
► A woman tells her teenage daughter that her father had found a child, saying that the newborn's father had died in an explosion and that his mother had died during childbirth and the newborn's other relatives were killed by the nuclear bomb; the woman and the man agreed to put their names on the child's paperwork so he would not go to foster care, but then gave the child to a friend. An older woman discusses the implied death of a teen girl's father, saying she knows that the girl misses him. A teen girl tells a teen boy that she raises signal flags to signal to her sailor father and it is implied that her father was lost at sea. A man tells his teenage son that another man had brought the boy as a newborn to their home and they adopted him after the death of his biological father, saying that he and the teen boy's adoptive mother had recently lost a child. A man tells a teen boy that he knew the teen boy's parents before they died.
► Two teen girls walk into a filthy clubhouse and we see dust, dirt and insects all around the building. We see two teen boys turned toward a urinal (no sound of urination is heard and no nudity is visible).

SUBSTANCE USE - A woman pulls out a bottle of whiskey, a woman rejects a teen girl's request to try some whiskey and tells her that she is too young, and we see bottles of beer on the table at a picnic. We see men smoking cigarettes.

DISCUSSION TOPICS - Abandonment, death of a parent, helping out, eminent domain, 1964 Tokyo Olympics, fighting for what you believe in, WWII, nuclear bombs, orphaned as a child, Korean War.

MESSAGE - Achieving goals is very rewarding. Learning about your family can be very revealing. 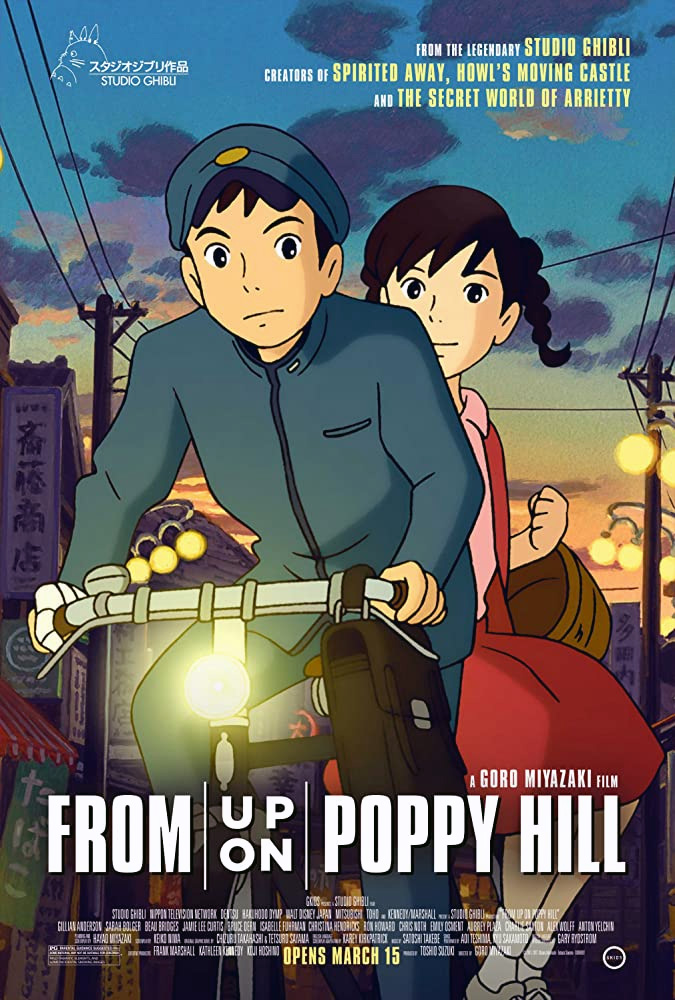