Guy Pearce stars as a slick salesman who seems to have everything and everyone in his life under control. That is, until he believes a fortuneteller who tells him that he will die after the first snow. Suddenly, his life unravels as he tries to figure out how best to spend his remaining days. Also with Piper Perabo, Luce Rains, Adam Scott and Shea Whigham. Directed by Mark Fergus. [1:42]

SEX/NUDITY 6 - A man and a woman have sex: she thrusts while straddling him, they moan, and they are interrupted by a phone call (she is shown in a tank-top and he wears a T-shirt).
► A man and a woman kiss and hug, we see them in bed later and it is implied that they have had sex.
► A man tells a woman that she looks good and tries to seduce her (he kisses her neck and caresses her).
► A man is shown bare-chested.

VIOLENCE/GORE 5 - A man holds a man around the neck, pressing his head against his own head, and then puts a gun to his temple and fires, killing himself (we see blood and matter on the man's head) and leaving a bloody gash on the other man's forehead.
► A man holds a gun to another man's head. A man finds a gun underneath a seat cushion in a house. A man loads a gun.
► A man is afraid that someone is trying to kill him, so he picks up a knife and checks through his house, and he holds the knife over a sleeping woman, who wakes up and is very frightened.
► A man driving in a car is afraid that he is being followed, he pulls out a gun, the car behind him passes him, and he threatens the driver with the gun. A man has a nightmare where another man wakes him by holding a gun to the back of his head.
► Two men argue after one man has been caught stealing from his company by padding his expense reports, and he throws food at the other man (we see food on his clothing).
► A man locks himself in a hotel room, he seems to be terrified of every noise and he holds a gun to his head as if to kill himself; he does not. A man has a nightmare that he crashes his car while driving in a snowstorm. A man drives along a highway and nearly hits a man who's hitchhiking.
► A man confesses to having pulled a prank on a man and the other man grabs him by the shirt but lets him go. Two men threaten each other over the phone.
► A man sits alone in a car on the side of a dark road, and when he turns his head we see a bit of blood on his forehead. A woman breaks a drinking glass and cuts her finger.
► A man reads another man's fortune by holding his hand and at one point he begins to twitch, breaks his grip and seems afraid of what he "sees."
► A man talks about another man shooting two guards while in prison. A woman tells a man that she is dying. A man has a medical exam that reveals that he has a mitral valve prolapse. We hear that a man has been in prison for shady deals in Mexico.
► A man finds stale prepared food on a stove in a house that he has broken into.

MESSAGE - Live your life. You can't run away from your destiny. 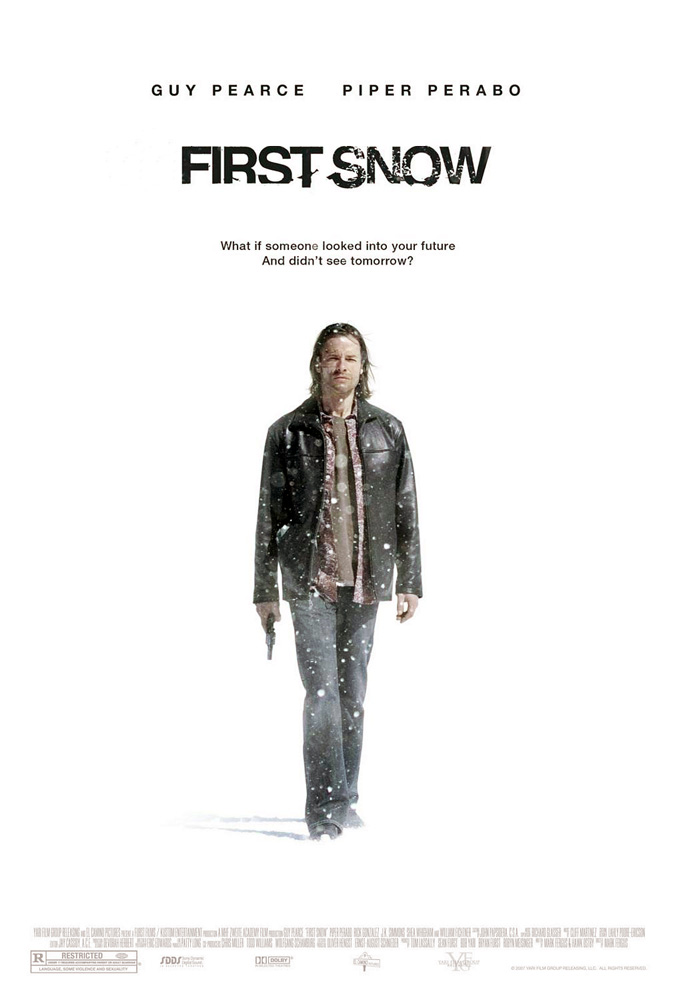