A wife and mother (Hope Davis) suffers an injury that leaves her with memory loss, which actually allows her to rebuild her family into the harmonious and happy group that she did not have before her accident. Also with Christina Hendricks, Gabrielle Anwar, Madeline Zima, Bow Wow and Selma Blair. Directed by Vivi Friedman. [1:27]

SEX/NUDITY 7 - A man and a woman are seen engaged in active, thrusting sex and the man's bare buttocks are visible as they exchange crude sexual remarks. We see a man's bare buttocks as he actively thrusts during sex with a woman that has her legs wrapped around his waist (no nudity is visible on the woman).
► A woman and a teen girl kiss passionately, we see the woman sitting with her legs wrapped around the waist of the standing teen girl, and a second teen girl discovers them kissing and takes a photograph, which she later shows to the teen girl (we do not see the photograph).
► A teen boy uses binoculars to spy through the windows of a house and he stares longingly at a woman wearing a sheer blouse (her breasts are visible through the fabric); we hear a zipper unzipping and see the teenage boy's arm moving rhythmically, implying masturbation. A woman unzips a man's pants (we see no nudity, but hear the zipper) and her head moves toward the man's crotch while teenagers, including the man and woman's teenage son and daughter, watch the man and woman from a distance; the teenage girl makes a crude remark about the woman performing oral sex. A man imagines himself performing oral sex on a woman; no nudity is visible, the woman is seen sitting at a desk, moaning suggestively and the man then sits up from behind the desk and wipes his mouth.
► A man and a woman kiss passionately, the woman throws the man down on a bed (they are both fully clothed), she straddles the man and continues kissing him passionately, makes a sexual suggestion and the man pulls away from the woman and walks away. A woman grabs a man's tie and pulls him close to her, she kisses him passionately, and then pulls away. A woman and a man are lying side-by-side in bed while the woman is performing breathing exercises, which sound sexual, and the man reaches towards the woman's crotch; she angrily dismisses his sexual advance. A man and a woman lie side by side in bed.
► A woman tells her teen daughter that her shirt is too provocative, saying that she can see her breasts and implies that the teen girl is sexually promiscuous; the teen girl strips off her shirt and walks out of the room (we see her bare back as she walks away and her teen brother watches in shock). A woman's upper thigh is visible as she adjusts her stockings, and a man stares at her leg longingly. A man stares longingly at a woman's chest, and he imagines her breasts heaving up and down as she speaks. A portion of a woman's bra strap and cleavage are visible when the robe she is wearing slips open slightly. A teenage boy is seen shirtless and his bare chest is visible. A portion of an elderly man's bare buttocks is visible as he walks by and the back of his hospital gown opens up. As decoration in a family's home we see line drawings of nude women; their cleavage and buttocks are visible, and a photograph of a woman is seen: she is in a suggestive pose, wearing a partially open robe which reveals her bare shoulder and some cleavage.
► A teen girl tells another teen girl that she heard the teen girl had "hooked up" at a party; the teen girl then crudely describes how she had offered to perform oral sex on a teen boy and that he had reached climax while still fully clothed. A man implies to a woman that he had told his wife that he and the woman were "close" to having a sexual affair and the woman makes a crude remark about having sex with the man. A woman asks a man if he and his wife have sex and the man does not answer. A teen boy makes a crude sexual remark to a teenage girl, and a woman overhears the remark and reprimands the boy. A man tells another man that his wife could possibly have been raped during a break-in at their home. A man accuses a woman of being involved in a sexual relationship with his teenage son. A man shouts at another man, accusing him of having sex with a woman, and a woman enters the room and makes a crude remark about the man's DNA being on a sexual toy, implying that they had previously had sex. A teen girl uses crude language to tell another teen girl that she prefers oral sex with female anatomy than male anatomy. A teen girl asks her teen brother if their parents have oral sex. A teen boy tells his teenage sister that the Bible forbids oral sex. A teen boy tells a teen girl that she is sexually promiscuous and lets people believe she frequently performs oral sex. A teen girl uses crude language to ask another teen girl if she is interested in having sex with the teen girl's brother; the teen girl denies it.
► A woman is confused when it is implied that she had a sexual relationship with a teenage boy; we later learn that the teenage boy had simply had a crush on the woman and that they had not engaged in sex. A teenage boy holds a woman's hand to his chest and looks at her longingly. A teenage boy winks at a teen girl.

MESSAGE - Having a second chance at rebuilding happiness is a rare opportunity that one should take advantage of. 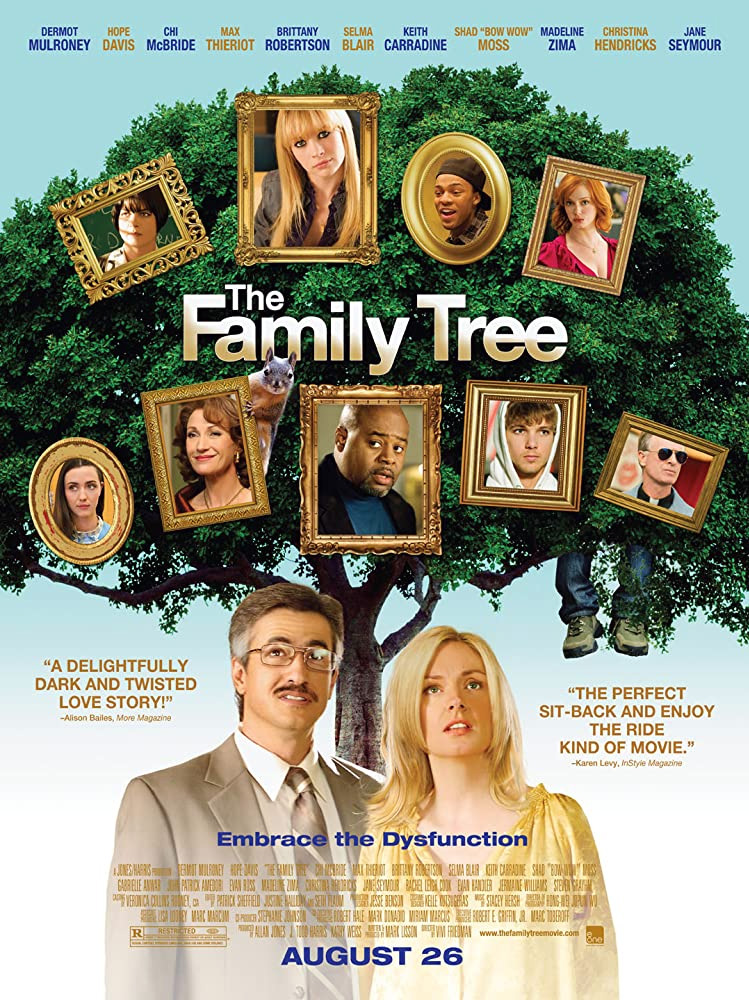