In the 22nd century the Earth is a wasted, polluted landscape where most people eek out an impoverished existence. Meanwhile, a tiny minority of wealthy individuals live on an idyllic satellite called Elysium where there's no hunger or disease has disappeared. An ex-felon (Matt Damon), struck by radiation sickness and left with five days to live, decides to break into Elysium to find a cure, not realizing how his plan will affect the population of Earth. Also with Alice Braga, Jody Foster, Wagner Moura, Diego Luna, William Fichtner and Sharlto Copley. Directed by Neill Blomkamp. Several scenes are in Spanish or French with English subtitles. [1:49]

SEX/NUDITY 2 - A government agent captures a woman and later kisses her forehead while stroking and smelling her hair and saying that she should be his wife; she resists his attention.
► A man asks a female friend to have coffee with him; she agrees, but we do not see the date.
► After receiving an exoskeleton, a technician moves the arms at the joints and laughingly says, "You can still jack off, right?" A man at work in a factory jokingly tells another man about the boss, "I think he likes you" and the second man smiles and denies it.
► A man on Earth is shown shirtless in three scenes and his bare chest, back, neck, shoulders, arms with a number of tattoo designs are seen. A government agent appears shirtless in two scenes, revealing electronic implants on his chest and back. A brief scene features a woman wearing a bikini that reveals bare shoulders, arms, abdomen and legs. A man wears shorts that reveal partial thighs and lower legs.

SUBSTANCE USE - A man receiving an exoskeleton surgery (please see the Violence/Gore category for more details) receives drugs into a mainline in his upper chest, a robot parole officer opens a plastic box of capsule medications while asking an ex-con if he wants one and the parolee answers no, a man with radiation poisoning receives a bottle of blue and white pain capsules from a robot at work and the robot tells him to take one capsule with each meal until he dies in five days (we see the man taking the capsules), and a man in a hospital operating chair receives an IV of transparent fluids, a man is strapped to a gurney where he is to receive sedation (he breaks free and escapes). A few scenes in a makeshift computer room at a garbage dump show men and women drinking from bottles of beer, a woman takes a glass of champagne from a tray of filled glasses and drinks on a space station at a garden party while we see two other women holding large glasses of wine in the background, and a man tosses a beer bottle off the roof of a tall building. Several men in a ghetto smoke cigarettes. 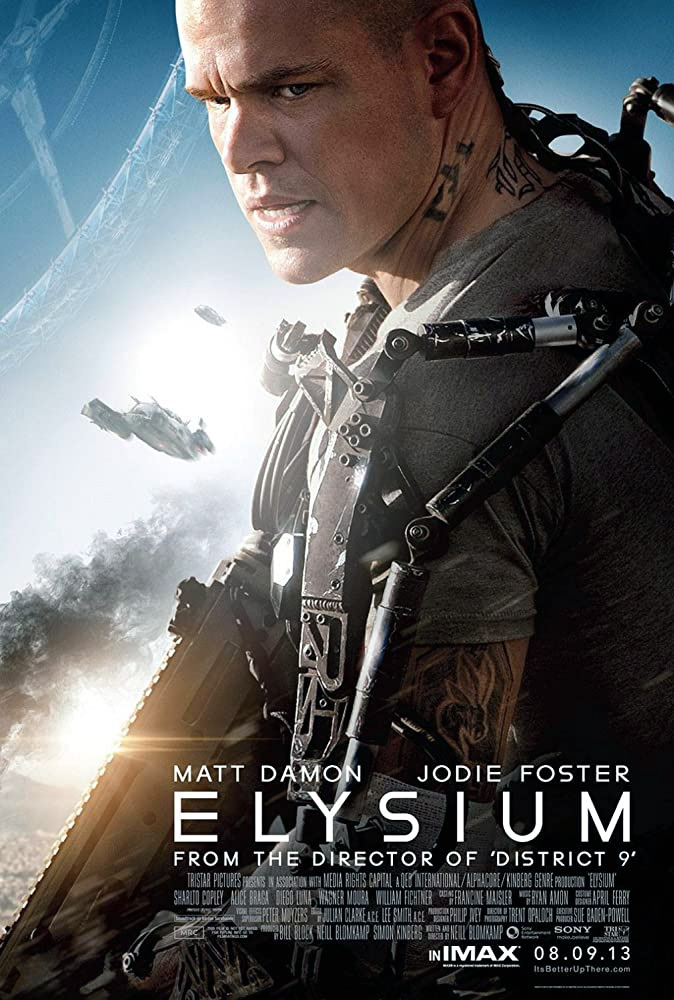