Jack Black stars as a man who was unpopular in high school and has never gotten over it. As a way to impress his former schoolmates, he is determined to do absolutely anything to get the most popular guy (James Marsden) to come to their 20-year high school reunion. The consequences of his actions lead to a series of unfortunate situations. Also with Kathryn Hahn, Jeffrey Tambor, Russell Posner, Henry Zebrowski, Kyle Bornheimer, Mike White, Corrina Lyons, Donna Duplantier, Charlotte Gale, Denise Williamson and Han Soto. Directed by Andrew Mogel and Jarrad Paul. [1:37]

SEX/NUDITY 8 - A husband and his wife have sex in bed and we see the man thrusting wildly as they both moan and climax (the man's bare back and abdomen are seen when he gets out of bed wearing underwear and the woman is shown wearing a negligee that reveals cleavage and bare shoulder).
► We see a brief flashback sequence that shows a man thrusting into another man while he lies on his stomach in bed (we see the bare chest and abdomen of the thrusting man).
► Two men kiss, then kiss passionately and one man tears the other man's shirt open (we see his bare chest and abdomen) as they continue to kiss and lie on a bed (sex is implied). Two men in a bar are shown receiving lap dances from two topless women (bare breasts, backs and abdomens are seen); we see the women thrusting on the men's laps as another topless women (bare breasts, back and buttocks are seen) wearing thong panties dances on stage. A woman wearing a bra and panties (bare back, cleavage, abdomen and legs to the hip are seen) is shown straddling a bare-chested man lying on a bed until they are interrupted by another man entering the room (sex is implied later). Two men are shown in bed together as they wake up in the morning (sex implied the night before).
► A teen boy and a teen girl kiss in several scenes. A man and a woman stumble out of a car and toward a house while the women starts to take off her shirt (we see her bare abdomen, bra and cleavage). A husband in bed with his wife rolls over and tries to initiate sex until she tells him, "No," and, "Get off me." A husband and his wife lie in bed together in a couple of scenes. Men and women dance together at a high school reunion.
► A man playing a lifeguard in a TV commercial is shown carrying a woman wearing a bikini out of the water (he is bare-chested and we see his chest and abdomen while we see her cleavage and side and legs). Several women are shown wearing bikinis in a TV ad played many times where a man is shown wearing swim trunks and his bare abdomen and chest are shown. A man looks at a magazine that features scantily clad women and we see cleavage, bare abdomens and legs briefly. Women in a couple of bar scenes wear short skirts that reveal bare legs and low-cut tops and dresses that reveal cleavage and bare shoulders. Two men are shown wearing only their underwear. We see a man in a shower and his bare shoulders and chest are seen. A man is shown with a towel wrapped around his waist. We see a man sitting on a toilet wearing only a T-shirt (his bare thighs are seen). A woman wears a low-cut top that reveals cleavage and a short skirt that shows her bare legs to the upper thighs.
► A man yells at another man in front of a room full of people and reveals that they had sex together using crude and descriptive sexual terms. A man talks to a 14-year old boy about sex and specifically about having sex with two girls; he uses detailed descriptions and demonstrations about how to do so successfully (he tells the boy to wear a condom and "stack them like lawn chairs"). A man tells another man that his 14-year old son is planning to have sex with two teenage girls and the father becomes upset and yells. A teen boy says that his girlfriend is moving too fast and, "She wants to have sex and a three-way." A husband accuses his wife of having an affair with another man. A teen boy says that an older teen girl likes him and asks if he should ask her out (his father is discouraging). A man on the phone with a woman asks her, "How many times have you been married?" A man asks another man, "Are you gay?" and he replies, "I like whatever." A man talks about having had sex with a teenage girl in high school with some explicit descriptions. A man makes a crude sexual remark about another man having sex with a lot of women. A wife asks her husband a question that sounds suggestive not knowing that the husband had sex with another man. A man makes a remark that sounds suggestive after having had sex with another man. A teen boy and a teen girl hold hands in the back seat of a car and when asked by the boy's father, who is driving, says, "I like him because he is super hot." A teenage boy tells his father that he is "weirded out" by knowing that his father had sex with a man.

VIOLENCE/GORE 2 - A man yells at his teenage son in a few scenes. A man becomes upset and yells at several people around a table. A man yells at several people in a high school gym. A man yells at another man in front of a room full of people (please see the Sex/Nudity category for more details).
► Two men ride a mechanical bull and one man is shown falling off and onto a padded area (no injuries are seen). A man admits to his boss that he lied about a business deal. A man's feelings are hurt when he is not included in a group and he sees them going to a bar for drinks together. A man on the telephone responds to someone on the other end of the line by saying, "That's not very mature." A man tells another man, "I treated you like apiece of meat."
► We see a man sitting on a toilet wearing only a T-shirt (his bare thighs are seen) and when another man comes into the bathroom; the second man appears to be offended by the smell.

MESSAGE - Some people will do absolutely anything to become popular. 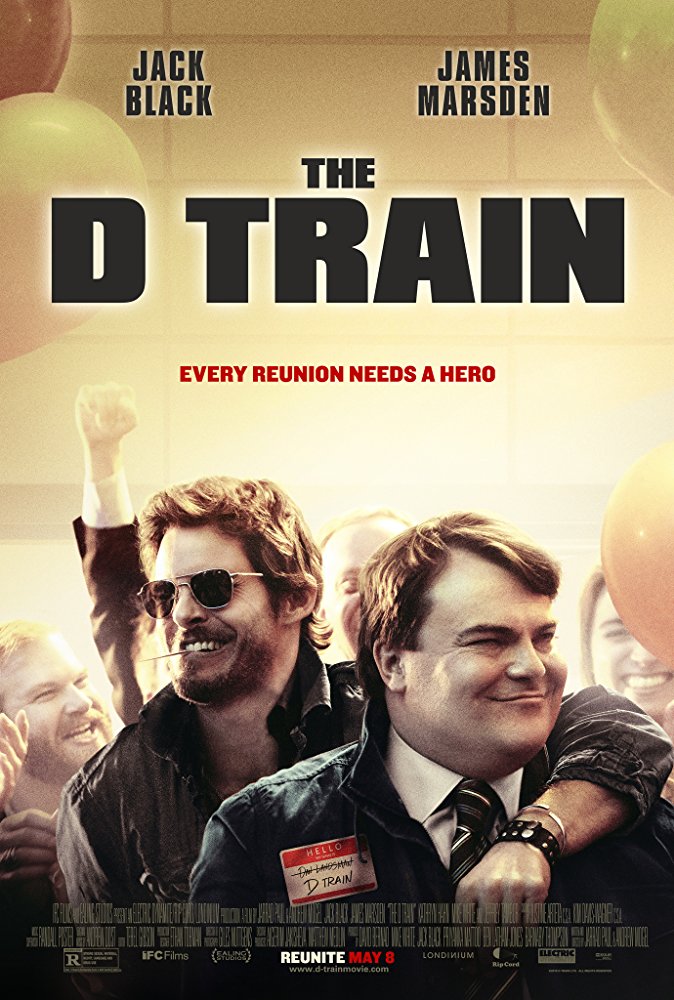