A psychiatrist (Michael Douglas) is called in on the unusual case of a young woman who has been in and out of institutions for ten years but has never been successfully diagnosed. The case becomes more urgent when his 8-year-old daughter is kidnapped and the ransom is a piece of information his new patient has in her head. Also with Famke Janssen, Sean Bean, Jennifer Esposito and Oliver Platt. [1:52]

VIOLENCE/GORE 7 - A woman's dead body is fished out of a river and she has blue tinged lips and skin, and bruises around her wrists. A woman pulls back a blanket to show a dead woman lying with her eyes open. We see autopsy photos of a man with cigarette burns all over his chest. We are shown photographs of a man with many bloody wounds and a man explains that a young woman slashed him repeatedly with a razor in a fit of rage. A man attacks a woman from behind, she falls back taking him with her, crashing onto a table and onto the floor; the man wraps a telephone cord around her neck, while she punches him in the face and stabs him in the chest with a knitting needle. A man is kicked into an open grave, and a pile of wood drops in the hole causing the walls to give way and he is buried alive. Two men are shot (one in the back several times) and a woman is shot. Two men fight with a shovel knocking each other to the ground, kicking and punching each other and one rubs dirt in the other's eyes. A man beats a man with a stick and threatens him with a gun. We see a man's bloody body when the police are photographing him. A dead body floats in a river face down. A woman clocks a man with her crutch which sends him to the ground, and she pounds on his face causing his mouth and nose to bleed and he passes out. A man with a knife comes into a woman's apartment. A group of men charge into a bank, breaking open the door, knocking down a security guard, yelling at and hitting people with their guns. There are several flashbacks, each one showing increasing detail, of a man and his young daughter being chased by a group of men; when they are caught the men draw a knife, shove the man on subway tracks, kick him in the face repeatedly and he is struck by an oncoming train while his daughter watches. A group of men break into an old woman's home and she drops a tray of food on the floor. A woman in a morgue identifies a body and screams when the face is uncovered. A young girl (in flashback) watches her father's coffin being lowered into the ground. A man jabs a man in the arm with a hypodermic needle in order to put him to sleep. Two men struggle over a gun and shots are fired. A man picks up a young girl and she kicks and screams. A man and woman panic when they realize that their daughter has been kidnapped. A young woman grabs a man around the throat, a man shoves a man into a wall and threatens him with a hypodermic needle, a man slaps a man across the head, a man punches a man in the head sending him to the ground (we see a trickle of blood on his forehead). Two graves are dug up and inside one we see the skeletal remains of a body. A man and a young woman walk through an eerie cemetery as the wind whistles. There are several explosions: one blows open the vault door of a bank, one opens a safety deposit box and one blows up a van which bursts into flames on a city street. A young woman sits on a hospital bed, in what appears to be a catatonic state, and we see her arms, legs and face covered with bruises and scabs. Police officers hold a group of men at gunpoint. A man threatens to kill a girl a few times. There are a few discussions of a young girl having watched her father being murdered, and there's a discussion of two people having been murdered by torture: being burned with a cigarette repeatedly and having their necks broken. A woman yells at her husband in fear after her daughter has been kidnapped. A man drives recklessly through city traffic and nearly hits pedestrians on a parade route. A group of men prepare for an attack on a bank (they load their guns and set explosives).

MESSAGE - Sometimes you have to let go in order to live a normal life. 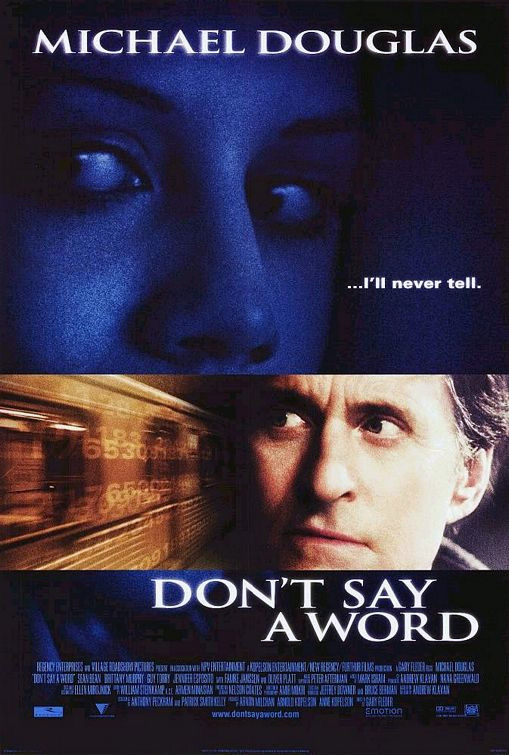