A Hawaii lawyer (George Clooney), whose family owns a billion-dollar plot of land, is dealt a traumatic emotional blow when his wife becomes comatose after a boating accident and he also discovers that she had been unfaithful. He tries to begin rebuilding his relationship with his two daughters while deciding whether to keep his land unspoiled or sell it to developers. Also with Shailene Woodley, Amara Miller, Nick Krause, Patricia Hastie, Beau Bridges and Matthew Lillard. Directed by Alexander Payne. [1:55]

SEX/NUDITY 5 - A girl selects "Adult Movies" from a menu on a TV and we see three movie posters scroll across the screen featuring well-endowed women in suggestive poses.
► A girl tells her father, teen sister and a teen boy that she had watched a pornographic movie at her friend's house, that the girl's father watched them frequently, and that the two girls had invited boys over to watch them and see if they "grew down there" and that one had; the teen girl and father are horrified and the teen boy makes a joke about the girl.
► We see a teen girl lying on her stomach, sunbathing with her string bikini top untied and her bare back visible and she ties her top back on as her father approaches. We see a girl wearing a bra and brief-style underwear, a teen girl shouts at the girl, telling her to take off her underwear and the girl then mockingly poses and slaps her behind. Throughout the movie we see people of all ages and both genders in bathing suits: Women are seen wearing bikini-style bathing suits, teen boys and men are seen while wearing bathing trunks, a teen girl's cleavage is visible when she wears string bikinis on multiple occasions and a girl wears a bikini. A teen girl is seen wearing extremely short shorts and a woman wears a very low-cut, cleavage exposing dress (she is obviously not wearing undergarments). We see a man wearing boxers and a T-shirt.
► A husband kisses his comatose, dying wife, on the lips briefly. A man grabs a woman as she moves to kiss him on the cheek and he kisses her lips. A teen girl rubs a teen boy's face, and the teen girl's father shouts at them, telling them to stop touching; the teen boy responds that he is not surprised the man's wife had cheated on him, since he is uptight.
► A man shouts at his young daughter after he sees her using sand stuffed in her bikini top to give the appearance of cleavage; the girl tells her father that it is her "beach boobs." A man shouts at his teen daughter and a teen boy for allowing his younger daughter to put sand in her swimsuit top, the teen boy remarks that the cleavage "is kinda fattyish" and the girl goes to wash out her top.
► We hear a phone conversation between a man and an unseen woman and the woman explains that the man's young daughter was teasing her daughter for developing pubic hair. A teen girl shouts at a man, using crude language, to accuse him of having sex with her mother. A man tells another man that he had an affair with the man's wife, but it had been "just sex"; the man asks the other man if he had been in his bedroom and he confirms that he had. A teen girl explains to her father that she had seen her mother with another man and the man's hand was on her behind; the teen girl explains that she had confronted her mother about having an affair and that she initially denied it, but then admitted to cheating. A woman tells a man that his wife had been involved in an adulterous affair. A woman tells a man that she had figured out that her husband had been involved in an adulterous affair with the man's wife. A man's voiceover explains that he worries about his teen daughter's problems with "older men" but does not elaborate. A teen boy asks a man if he is "checking on him" when the man awakens in the middle of the night to see where the boy is sleeping – the teen boy implies that he and the man's teenage daughter are not sexually involved. An older man makes an off-handed comment that he thinks his son might be gay. A teen girl calls another girl a crude anatomical term and instructs another girl to call her that too; the teen girl shouts that the girl will "be used by guys" later in life. An older man scolds a man for not providing his daughter with "thrills at home," which is why she had to participate in dangerous sports. We briefly hear clips of stories that a man tells his children about their mother, including that she had gone streaking and when they had met she had taken his breath away.
► A teen boy hugs a man; the man pulls away and tells the boy "never do that again." A teen girl and teen boy hug. Men and women kiss in greeting.

SUBSTANCE USE - A teen boy tells a man that he "always has weed" (no drugs are seen). Several teen girls are caught intoxicated and when the father of one of them asks her the following morning if she is "hung over" she explains that she was drunk but no longer drinking excessively, a girl tells a teen girl to tell their comatose mother that the teen girl had been drunk the previous night and "might be an alcoholic," throughout the movie we see men and women drinking alcoholic beverages at parties and bars, a woman offers a man a glass of wine, a man buys another man a cocktail at a bar, a man shouts at another man to "go back to his beer," a man discusses that people think everyone is "drinking Mai Tais all day," an eight-year-old girl wears a T-shirt that reads: "I'm still drunk from last night," and a man's voiceover questions his wife's drinking and his daughter's issues with drugs. We see a man in the background of a party scene smoking a cigar.

MESSAGE - Forgiveness can be extremely difficult but is necessary to be able to move on.

(Note: A teen girl and a girl are responsible for a majority of the profanity, including the eight year old girl using crude anatomical terms after being instructed to do so by her teenage sister. A woman warns a teen girl that she could be expelled from a school for crude language and a man remarks to his daughters that they do not respect him as is obvious by their crude language. A man tells his teen daughter to not use profanity around her younger sister and the girl remarks that she does not care.) 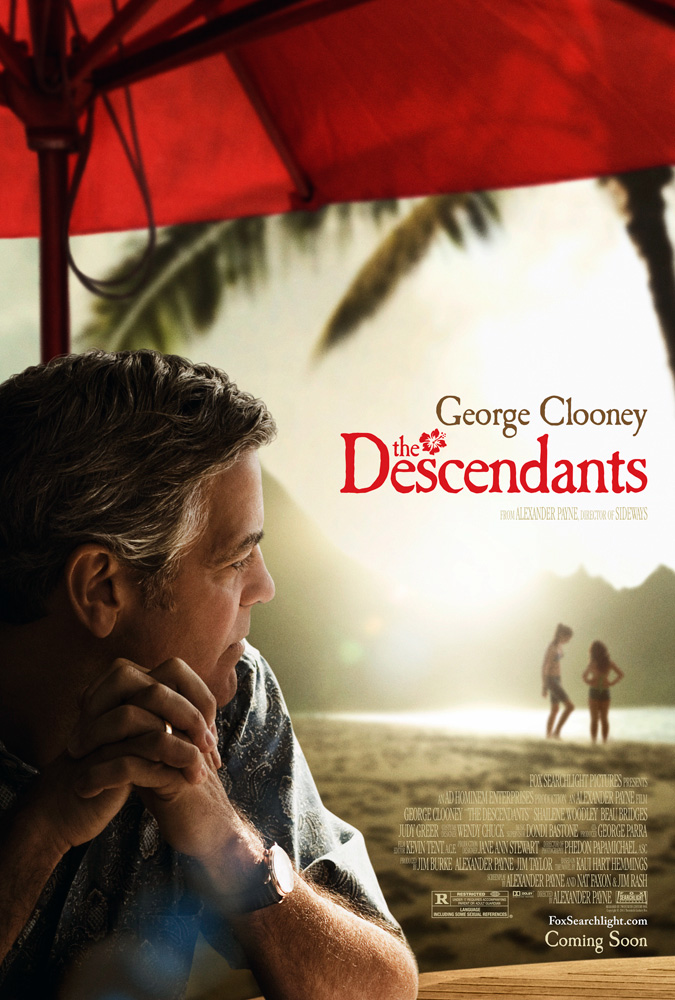