Kevin Bacon stars as the father of a teenage boy who becomes the victim in an initiation killing when they stop at a gas station in a seedy part of town. After identifying his son's murderer and agreeing to testify in his trial, he discovers that the best he can hope for is to keep him in jail for only a few years. Transformed by grief and unable to comprehend the meager punishment he becomes a vigilante, bent on destroying the people who destroyed his life. Also with Aisha Tyler, Kelly Preston, Stuart Lafferty, Garrett Hedlund and John Goodman. Directed by James Wan. [1:50]

VIOLENCE/GORE 8 - Several men with guns burst into a gas station store, one man shoots the man behind the counter (a large bloody hole opens in his chest), and another man is chided and goaded on and told to kill a young man in the store; he slashes the young man's throat (we see the action from outside the store) and the victim falls to his knees and we see blood spurting as he thrashes trying to breathe.
► Several men shoot guns back and forth in a warehouse: one man is shot and falls back through a window, others shoot at a man as he runs, one man is shot in the chest, one man is shot in the leg and then his fingers are shot off (we see blood and missing digits), and a man is shot in the chest, another in the neck and another is shot off-screen.
► Several men with guns charge into a house, they shoot all around, a man swings a baseball bat striking one of the gunmen, one man is shot in the leg, and one man is pushed over a balcony and crashes onto the floor below; a boy and a woman are shoved down stairs and held at gunpoint, one person is shot, then another and another (we see blood spurt and we see them lying motionless on the floor with bloody wounds).
► A man shoots a man's leg off (we see the leg separate and see the bloody tissue), and then he is shot in the chest (we see many bloody holes).
► A man lunges at another man, slams him into a dumpster, they fight on the ground, one drops a knife and the other picks it up, and one man is stabbed, twitches and dies (we see blood on his abdomen); then the other man pulls the knife out of the wound (we hear a squish and see blood on the blade).
► A man with a gun blows a hole in a door, shoots a table that splinters onto a man and a woman in the room, and then strikes the man in the face with a gun (we see his bloody face) and shoots him in the head (blood spurts).
► A man with a gun charges toward another man on a street, who swings around knocking the gun out of the man's hand; other men with guns chase and shoot at him, he runs into a parking garage, fights with one man striking him with a metal rod, slamming his head in a car door, and then trapping him in a car that rolls of the edge of the garage and crashes to the ground below.
► We hear a car horn blaring and see two police officers with their throats slashed inside the car (blood is pouring from their wounds).
► A man yells at a man who shoots him in the stomach (blood sprays and he falls to the ground dead). A man is shot and blood splatters on a wall.
► A man runs into a street and is struck hard by a car; he is thrown into the windshield breaking it, and he falls hard onto the street (we see him later with bruises and scratches on his head and face.
► A man shoots containers filled with chemicals, and the chemicals spray onto a man who screams and runs.
► A man slams another man's head onto a bar several times, and then punches another man in the face (we see their bloody faces).
► A man in a car speeds into the side of a van while another man is cutting the van in half (we do not see what happens to the man). Two cars with no lights drive on a dark road, an oncoming car flashes its lights, they race around the car, and then speed off.
► A man pushes people as he walks through an office calling out for another man and threatens him as he is dragged away by security guards. A man with a gun threatens another man, who he thinks is going to kill his son. A man looks at another man in a threatening manner and forms his fingers into the shape of a handgun.
► A man wakes up in a hospital with bandages on his head, he thrashes and screams and is sedated. A man becomes agitated when he looks at a photo of his family -- someone has drawn lines across their faces, suggesting that they will be killed.
► We see a woman scream and collapse when told that her son died in the hospital. A man collapses and sobs uncontrollably. We see people grieving at a funeral.
► A man describing a gun during a sale says that if used it provides, "guaranteed head removal." A man yells at his son in a couple of scenes.
► We see home movies of a boy learning to ride his bike (he falls off but is OK), another boy strikes a hockey puck and we hear a window break and another shot shows the camera moving, suggesting that the person filming was struck.
► We see a large scar on a man's head and a large bloody scar on a man's chest. Several men have scars on their faces. We see a wall painting with many skulls in a pile.
► Two brothers pick on and tease each other; they wrestle, scrap and call each other names in a few scenes. A dog barks and snarls at a man as he walks into a rundown lot. A man buys several guns.

SUBSTANCE USE - We see a man and a woman in a room where they have apparently been doing drugs (we see paraphernalia and they act as under the influence), we see a drug lab with equipment and containers of chemicals, and there are a few references to someone doing drugs and people "cooking" drugs. Several men are shown drinking alcohol in a couple of bar scenes. Several men are shown smoking cigarettes in several scenes. A man takes aspirin in a couple of scenes.

MESSAGE - Revenge rarely comes without consequences. Everybody thinks they are right in a war but everybody still dies in the end. 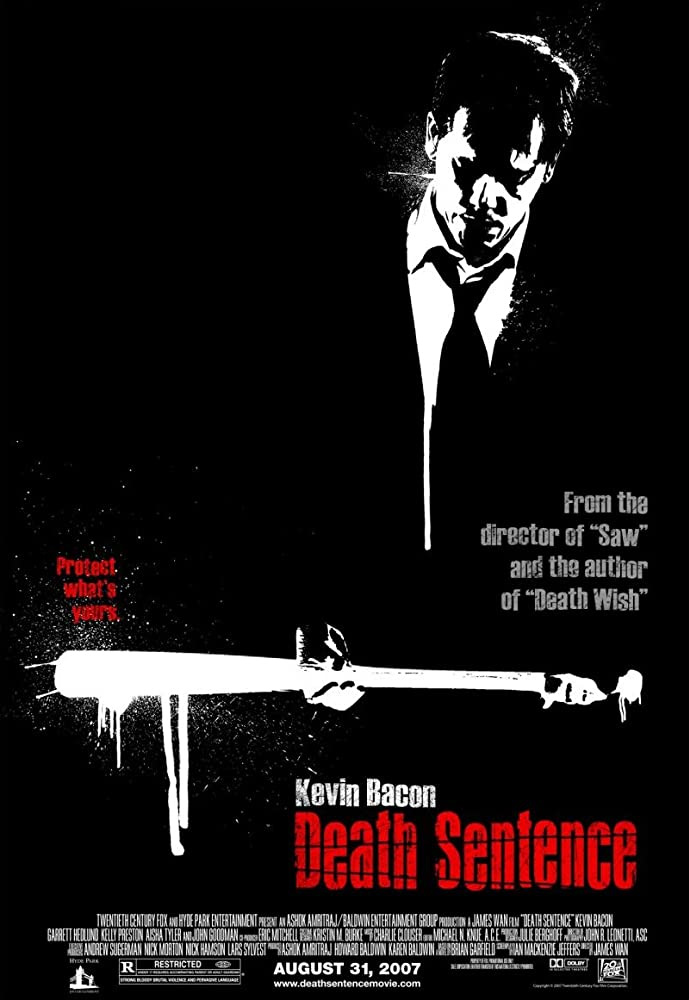