VIOLENCE/GORE 3 - A woman grabs a letter opener and cuts a man's cheek before quickly exiting the room (we see blood on the man's cheek and we later see a small scar on the man's cheek); the woman later warns the man that she could have done "far more damage" to him.
► A man gasps and faints, he falls to the ground and another man comes to his aid; the man breathes heavily, it appears as though he has experienced a heart attack and we later see the man fully recovered.
► We see inside a carriage, a woman is screaming wildly and two men hold her arms; the two men and a third man wearing medical robes are later seen carrying the woman from the carriage and into what is implied to be a mental hospital as she screams. A woman screams as two female nurses carry another shrieking woman into a bathing room, and the woman gasps in pain as they place her in a bath. A woman screams and throws off her jacket, she continues shouting and panics when a man (her doctor) picks up the jacket and strikes it with a cane; the woman shouts and grabs her jacket. Three male nurses attempt to get a woman out of a small pond, and one of them shouts, "You'll catch your death" as the woman splashes them; she laughs maniacally and tells a man that she never wants to see her doctor again. A woman grabs a man's waist, he pushes her away, and she collapses to the ground and clutches herself, gasping. A woman shouts at a man and the man tries to calm her. A woman shakes as she cries while reading a letter.
► During a therapy session a male doctor asks his female patient about the first time she had been beaten by her father, the woman explains that she had been four years old and her father had instructed her to take off her clothing; she explains that she had taken off her clothing and her father had spanked her, and that she was so frightened that she had wetted herself and her father spanked her again (please see the Sex/Nudity category for more details). A woman explains to a doctor that her father would hit her and then demand that she kiss his hand.
► A woman appears mentally disturbed: she wretches her hands behind her back and clenches her jaw, a doctor asks her what had caused her mental anguish and the woman explains that she gets nauseous and breaks out in a cold sweat; she panics mid-sentence and stops speaking but then explains that she had a vision of her father's hand, and she clenches her hands and looks pained as she attempts to speak and goes on to describe abuse from her father. During a therapy session a woman begins to gasp and looks physically uncomfortable as she tells her doctor that she had felt a presence in her room, like a mollusk moving against her back and a cat that whispered in her ear.
► During a therapy sessions between two male doctors, one of the doctors asks the other if he had truly assisted one of his patients in killing herself; the other man explains that he simply told her how not to "botch it." During an informal therapy session between a man and a woman (both doctors) the man explains that he has been having an apocalyptic dream that a town is being consumed by a tidal wave of blood; the woman warns the man not to make himself ill in the process of healing other patients. During a therapy session between two male doctors, one of the men tells the other that he had a dream where a horse was hoisted up on cables and then dropped to the ground, but was unharmed. Two doctors discuss how one of the men had a dream about a ghost that was identified to him as "not knowing how to die"; the other doctor analyzes that the doctor wants to "put him out of his misery." A doctor discusses with another doctor (both men) during a therapy session, that he feels threatened by his father, adding that his father is extremely threatening; the first doctor then explains that the other doctor's father had asked for the man to be hospitalized. A woman tells a man that one of her interests is "suicide" and the man remarks that he will tell her doctor. A woman asks another woman (a doctor) to look after her husband, whom she believes is ill, saying that he is not sleeping well after severing a relationship with his mentor. A man's voice is heard dictating a letter to a doctor that explains that he wants the doctor to tell the man's father that he had died. We hear a voiceover of a man dictating a letter to another man, warning the man that a patient he is about to undertake "bites." A man (a doctor) half-jokingly tells a woman that he will start "ripping her to shreds" when editing her doctoral thesis. A man half-jokingly asks another man if people know they are on their way "with the plague."
► At the conclusion of the movie we read that a man had starved to death, another man had died of cancer after being driven out of Vienna by the Nazis and a woman (after being widowed) and her two daughters were taken by Nazi occupying forces and shot; finally that a man had overcome a prolonged nervous breakdown to live a healthy life and die peacefully at an old age.
► A woman squashes food between her fingers and a nurse tells the woman that she is going to tell a doctor that she is playing with her food.

SUBSTANCE USE - A man snorts what is presumed to be cocaine from his fingertip, and then spreads the powder on his gums. We see men and women around a table with wine in front of them, men are shown drinking sherry and we see men drinking liquor. Throughout the movie we see men smoking cigars, cigarettes and pipes.

MESSAGE - The history of psychoanalysis and the development of modern mental health therapy is very complicated. 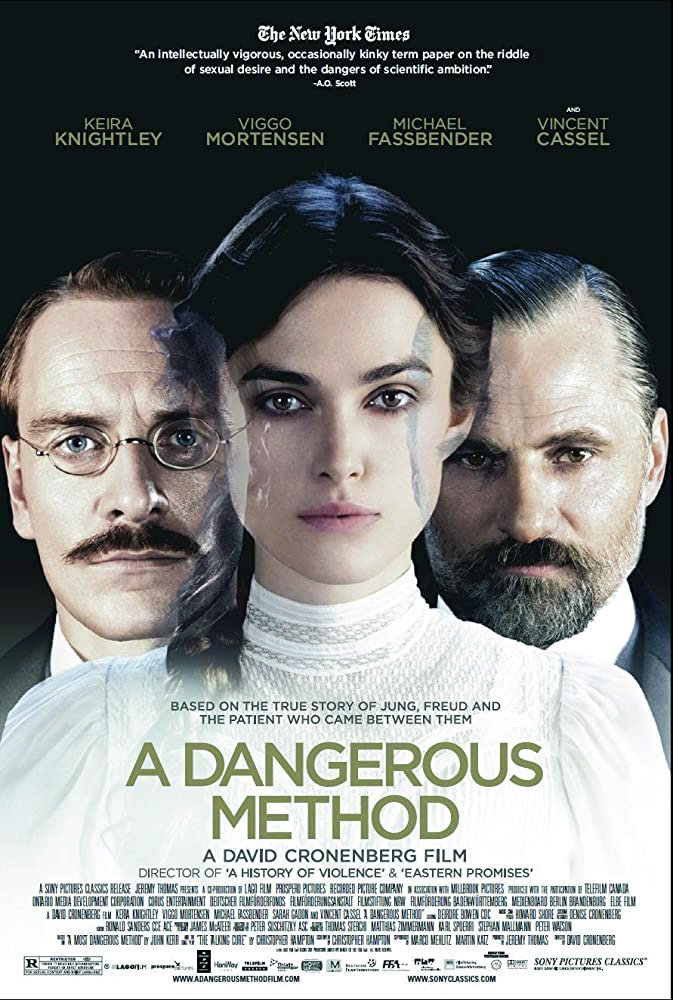