When his girlfriend (Felicity Jones) cannot afford an organ transplant in Germany, a man (Nicholas Hoult) plans a cocaine heist for cash, but runs afoul of an eccentric drug lord (Anthony Hopkins). Also with Marwan Kenzari and Ben Kingsley. Directed by Eran Creevy. Several lines of dialogue are spoken in German with English subtitles. [1:39]

SEX/NUDITY 5 - In a close-up, we see two piles of gummy candies in the shape of penises.
► A very dimly lit bedroom scene shows a man and a woman kiss briefly twice, they lie down on a bed, clothed and kissing, and the scene ends (sex is implied). A woman asks a man to move in with her and he does so; and later, they lie clothed on a bed as the scene ends (it is unclear if sex occurs). A man and a woman kiss passionately for several seconds in three outdoor scenes; in one of the scenes, he also rubs her upper buttocks (both are clothed). A man on a rooftop removes his clothing down to his briefs (we see his chest, back, and one bare thigh) and a woman removes some clothing (she is shown wearing a bra, underpants and stockings to mid-thighs) until she becomes ill and they go inside (please see the Violence/Gore category for more details).
► A man and a woman kiss for several seconds in a hospital corridor. A man and a woman kiss briefly in three indoor scenes. In a living room scene a woman straddles a man as he sits on a couch, she kisses him twice, and the scene ends. A prostitute pushes a man into a small trailer as she laughs.
► A man wearing only briefs (we see his bare back and chest and part of one thigh) has five semi-nude women in a small trailer; the women wear only bras and skimpy underpants, one woman wears a corset and thigh high stockings, and another is topless with her back to the camera (we see cleavage of four of the women, three bare abdomens, and some bare thighs and legs). Three women in an office with a man are shown wearing blouses that bare cleavage and miniskirts and short-shorts. A few women in a club wear short skirts and short shorts that reveal bare legs to the top of the thighs. A woman wears a backless sweater that shows a bra closure and tights. Two other scenes show a woman wearing tights and a V-neckline that exposes cleavage. Movie footage on a TV screen shows a large exercise class of women wearing leotards, performing aerobics, writhing movements, and pelvic thrusts.
► In two scenes, a man and a woman both say, "I love you."

SUBSTANCE USE - A man asks another man if he wants a woman or champagne or cocaine and that he also has race horses and hookers, a man says that the drugs he took that day are very strong (we see no drugs), we hear that cocaine is hidden inside golf balls to be smuggled out of Germany twice, a man passes a wad of currency and receives a small indistinct packet for it (probably drugs), a man tells a woman that he quit his job selling drugs, a woman asks a man if he is high and he answers that he is not, a woman swallows a pill from a medication bottle in a gas station washroom and later gets out of a car and runs into a field where she has a panic attack and cries violently, and a woman tells a man that her parents did a lot of drugs and were not good parents. A bartender pours a glass of vodka in a bar and men and women drink from bottles of beer in a couple of bar scene, a large bar with loud electronic music features men and women drinking from bottles of beer as they dance on a crowded floor, a man drinks from a beer bottle at home, a man shouts for a drink until he receives a large rocks glass containing whiskey and he sips it several times, two men drink glasses of tequila mixed with Schnapps, a man sits on a car and drinks from a wine bottle, a man in a trailer holds a bottle of brandy and says he has champagne (we do not see it), a man and a woman each drink from bottles of Schnapps on a rooftop, and a truck driver drinks a can of energy drink as he drives.

MESSAGE - Some lovers go to great lengths to save their partners. 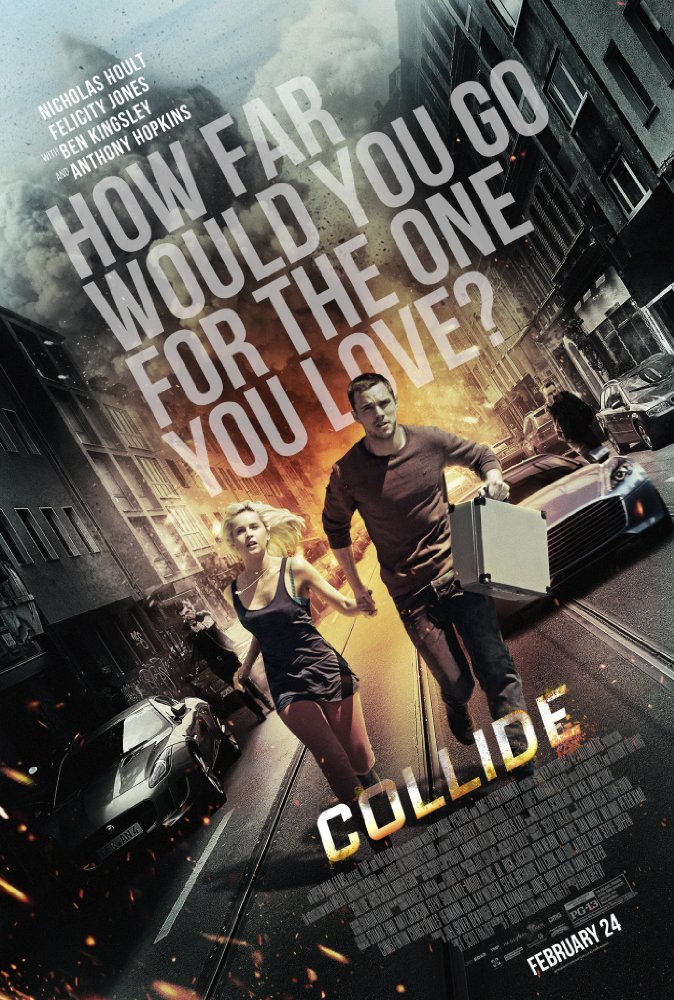