An eager new employee (Emma Watson) becomes a customer experience representative for the world's largest social media firm, The Circle. The company's founder (Tom Hanks) encourages her to participate in cutting edge research that increases her enthusiasm, but as the experiment evolves, she begins to see that all her decisions affect everyone she knows, destroying privacy and freedom. Also with John Boyega, Glenne Headly, Bill Paxton, Karen Gillan and Patton Oswalt. Directed by James Ponsoldt. Several short text messages in several languages are shown without translations. [1:50]

SEX/NUDITY 4 - A wife with her back to the camera wears a knee-length nightgown as she straddles her husband on a bed (we see her calves and feet and most of his bare chest) and we see her holding and pumping a button attached to a long tube that is apparently on the man's genitals (that end is hidden by her body); the scene lasts a few seconds and their daughter sees it on her smartphone, yelps, shuts it down and we hear that the scene was broadcast to millions of people.
► A woman wears a scoop neck T-shirt that reveals cleavage.
► We hear that a woman in prison for murder seduced a guard to escape. An interviewer asks a job candidate to go out with him and she tells him the question is inappropriate.

VIOLENCE/GORE 3 - Millions of people use a software program to find a man; several people run up to his house and pound on the door as they film with smartphones and he runs out the back and speeds away in a truck as the others chase him on foot, a motorcycle and a car while two drones block his windshield; he speeds erratically, hits the railing of a bridge and we see his truck go over the side in slow motion (we do not see the outcome) and we hear that the man died and a woman watches this event on a large screen and she screams; the next morning, she wakes up crying and the next night she calls a friend who cries briefly about the man's death.
► Millions of social media users search for an escaped murderer and we see her run through the corridors of a building and she is grabbed by a police officer; we hear that she had locked her three small children into a closet and gone on vacation to another country, leaving them to starve to death.
► A woman steals a kayak from a shop and paddles into the foggy San Francisco Bay where she nearly hits a ship, screams, and falls overboard, struggling and shouting for help until a Coast Guard helicopter spots her and the scene cuts to her sitting wrapped in a blanket, shivering. We see a woman in a kayak in water, with two drones following her only as water safety patrols. We see several computer screens where drones are monitoring and sharing information with rescue personnel about search and rescue missions around the world.
► We hear that a company tracks millions of children by computer chips implanted in their bones to protect them from child predators. A man and a woman from a company plan to see that laws pass to force all Americans to have a social media account with their company, register to vote automatically on it, and be required to cast a vote in every election; 22 nations and America pass this legislation. A man plans to track all vehicles in America, 24/7. A man plants cameras the size of shooter marbles all over his workplace and all over San Francisco and uses them to collect the behaviors and conversations of everyone 24/7 and stores the data in large servers; we hear that he sells the information and uses it to produce new software that makes large amounts of money.
► A new employee at a social media firm is forced to open a Facebook-like account, begin posting throughout the day and night, and come into work on Saturdays and Sundays to post additional social media posts; she is told that she is expected to join workplace support groups, interest groups, and night parties, and she is told that anyone who does not share all their information with the office is hoarding information and keeping unwarranted secrets.
► A woman is forced to have a medical examination at work in which she drinks a pint of fluid that we hear is a sensor and we see her biometrics on a screen as she walks around a table quickly several times; a metal bracelet is put onto her wrist to measure blood pressure and several other biological functions and she is told to wear it 24/7.
► A woman shouts in surprise when she gets a new job and at a photo of herself suddenly projected on walls of an elevator at work. Two women sit, clothed, in two adjacent wash room stalls and argue; one of the women cries. A man and a woman argue briefly. A crowd cheers loudly in two scenes for two people on a stage. A woman sits in a kayak on water and cries.
► A man complains that a company's two leaders are corrupt and using data collected without people's knowledge to make large amounts of money. A woman announces to a large audience of company employees that all the data hidden in servers they did not know about has been emailed to all of them and will incriminate company leaders; a man rushes off-stage and pulls the large electric switch, plunging the room into darkness. A man tells an audience that his son has cerebral palsy and is confined to a wheelchair, using videos to experience things like kayaking and mountain climbing; a woman says that denying him recordings of others' experiences is like stealing. A man who makes deer antler chandeliers (we see one of them) says that he receives death threats since a friend put a photo of one of his chandeliers on the Internet; we hear a man call him a deer killer from a point off-screen.
► A man suffering from Parkinson's disease is shown with involuntary body movements that make his arms and body jerk; he needs help getting up from a table and walking to a couch and in putting a forkful of food into his mouth and we later hear that he fell at home, but is OK.
► A woman says about a law, "We have to pee inside, not in the street."

SUBSTANCE USE - A close-up shows six medicine bottles on a table and their labels are indistinct. Two scenes at outdoor parties show people holding glasses of punch that may be alcoholic, several men and women hold cans of beverages (may be beer), a full wine bottle is shown on a table and one scene has four half empty glasses of wine near the bottle, a man pulls a wine bottle out of a hedge and pours a woman a drink (she sips from the glass and he drinks from the bottle) then tells her to have another drink, and a man at a cookout drinks from a beer bottle and another man asks a woman to get him another beer which she does but he does not open it.

MESSAGE - New technology and social media may become the tools of a totalitarian government. 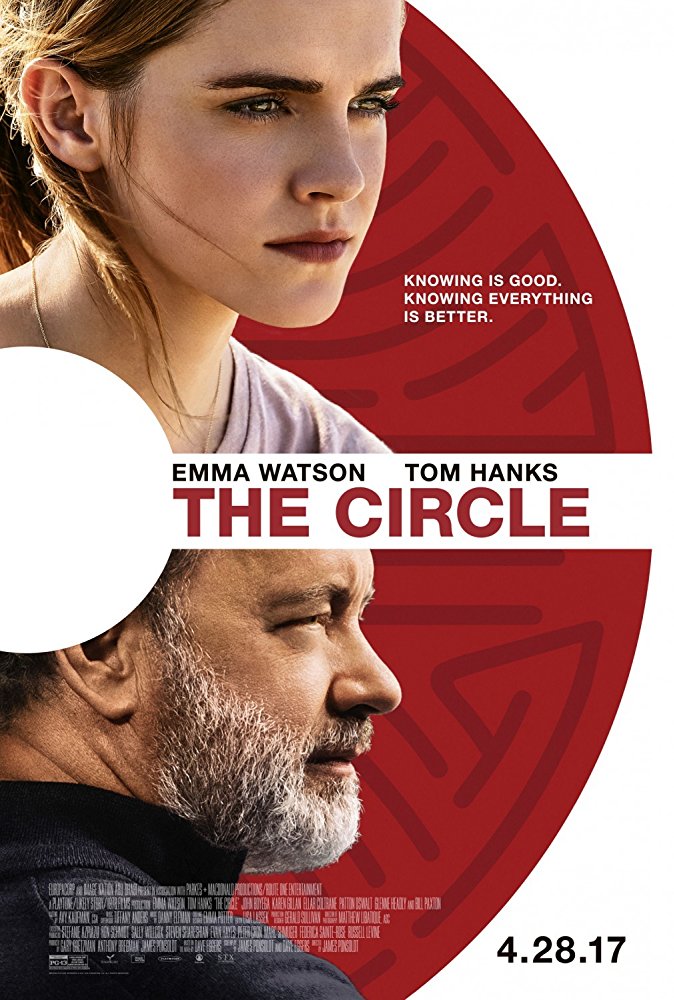