Depression era story about the life of boxer James J. Braddock (Russell Crowe). When we first meet him he is a successful boxer living well with his wife (Renée Zellweger) and family, but soon after becomes desperately poor. His agent comes to him with an opportunity that will help him get out of debt: fight a boxer that no one believes he can defeat. Also with Bruce McGill, Ariel Waller and Paddy Considine. Directed by Ron Howard. [2:24]

SEX/NUDITY 4 - A bare-chested man opens his door, we see two scantily clad women in the room behind him, and it is suggested that the three of them have been having sex.
► A woman climbs on her husband's lap, they hug and kiss, he picks her up and carries her into shadows and we hear her giggling.
► Women wear evening gowns that reveal bare shoulders, back and cleavage, and men are bare-chested while in the boxing ring in many scenes.
► A man and a woman kiss in several scenes, a man kisses his wife on the cheek, and men and women dance together.
► A woman asks her husband about "the women" he might have seen while he was away at a boxing match.

VIOLENCE/GORE 6 - We see movies of matches that show a boxer taking several hard hits, then falling to the mat dead, and we hear about another boxer who survived but in his next match took one punch and fell to the mat dead (there is a reference to his brain separating from the connective tissue).
► There are many boxing matches that include hard punches landing on the fighters' faces and bodies: A boxer has a bloody nose and a boxer is knocked unconscious and falls to the mat; a boxer hits another boxer in the head and we hear a crunch -- and we understand that the boxer has broken his wrist; one boxer is hit hard in the face, he is knocked to the mat, he has a very bloody eyebrow, and when the fight continues he is hit repeatedly in the same eye; one boxer is pinned against the ropes and punched relentlessly, and he ends up with a very bloody nose and he falls to the mat; both boxers have bloody faces after many hard blows, and one boxer is knocked down twice; one boxer is hit hard and repeatedly in the ribs (announcers talk about the possibility of the ribs being broken); a boxer is hit hard in the face and his mouth piece is knocked out (we see blood pour from his mouth, and he spits blood, but the fight continues and one boxer has a very bloody face; one boxer hits the other below the belt twice after many body and face blows are exchanged; and one boxer is hit hard in the chin, his vision blurs, his ear bleeds, his nose bleeds, and he spits blood.
► A man walks through a park where people reside in cardboard structures known as "Hooverville": there are fires burning, we see a man vomit, people yell, police with nightsticks beat men, and we hear that people were trampled by police horses and a wagon tipped over on others; we also see a couple of men being carried away on stretchers and another man lying on the ground breathing erratically (we see his funeral in a later scene).
► A husband and a wife argue, he tries to grab her, and another man tries to calm the man down afraid that he will hit his wife. A woman yells at a man through a closed door -- he eventually opens the door.
► A man teaches his young daughter to box and she punches him hard in the cheek. A woman throws a drink in a man's face and a woman yells at her children. A woman is frightened for her husband when she is told that a boxer has killed two men in the ring.
► A boy steals a salami to feed his family, and his father takes him and the salami back to the store to return it. A woman and her children break up a wooden sign to use as firewood. We hear people talk about not being able to afford to feed their children and having to send them away. A woman pleads with a man who is turning off her power. A boy is very sick with a cough and fever. A boy fears being sent away from his family.

MESSAGE - Never give up hope; it's easier to win when you know what you are fighting for.

(Note: A girl asks her mother why she cannot go to school and if it is "because she is a girl.") 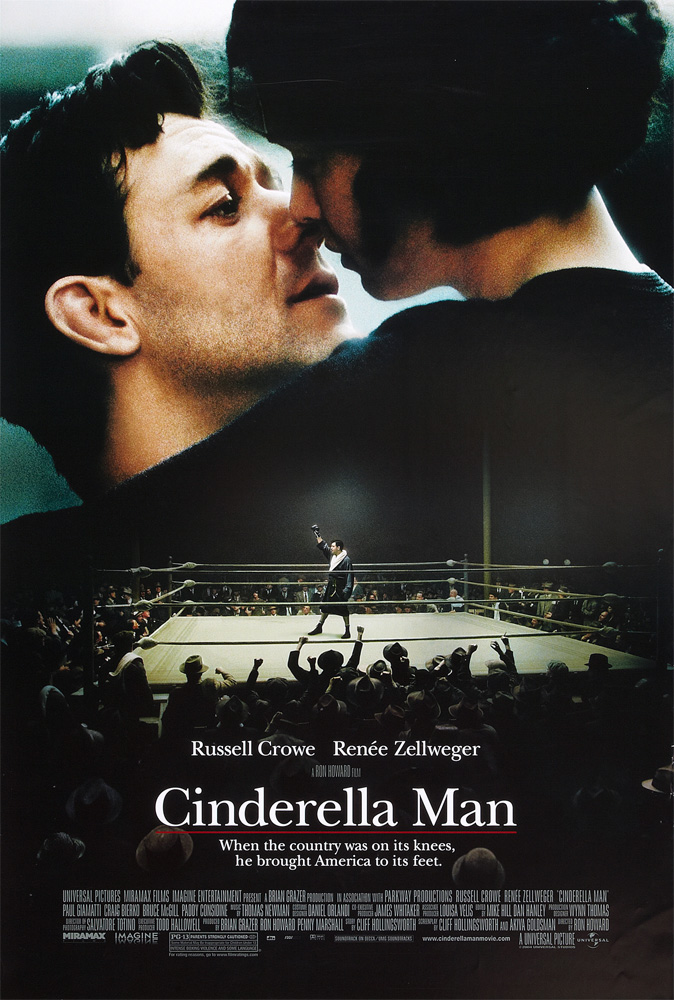