In this animated sequel, Lightning McQueen (voiced by Owen Wilson) and his best friend Mader (voiced by Larry the Cable Guy) are reunited, and this time they travel the world as McQueen competes in the World Grand Prix race against international superstar Francesco Bernoulli (voiced by John Turturro). While McQueen races, Mader is accidentally caught up in international espionage. Also with the voices of Michael Caine, Emily Mortimer, Eddie Izzard and Bonnie Hunt. Directed by John Lasseter and Brad Lewis. [1:53]

SEX/NUDITY 2 - A male and a female car act as though they are kissing, but they pull away quickly. We see a male and a female car on a "date" at a restaurant.
► A male truck has a surprised look on his face when a jet of water is sprayed into its undercarriage while on a "toilet." We see a truck act surprised when a car attaches a device to his undercarriage and later acts surprised and appears to blush when a female car removes the device, saying he needs to go to the doctor. A male truck drives into a bathroom that's implied to be for females; we hear shouts and the male truck drives out immediately, apologizing.
► A female car remarks to another female car about the attractiveness of a male car: the female car says she will "need some coolant" after seeing the male car. A female car remarks to a male car about the attractiveness of another male car, mentioning his "bare tires." A male and a female car flirt on multiple occasions, and the male car asks the female car out on a date on multiple occasions and compliments her, saying she is beautiful. A male car flirts with a female car, saying that she appreciates his bare tires. A female car reminds a male car that he needs to take her on a date. On multiple occasions cars refer to one another as boyfriends and girlfriends.

SUBSTANCE USE - Three cars shove a truck into the back of a moving van, fumes fill the van and the truck is implied to pass out, have hallucinations, and we see the truck experiencing flashbacks. We see cars popping bottles of champagne, we see cars at a bar drinking from martini glasses, a truck drinks from a martini glass, a car remarks that drinks at a reception are free, another car responds with "then why I am here" and we see him taking martini glasses and pitchers from a bar and trays, and we see filled pint glasses lined up on a bar in front of cars.

MESSAGE - All friendships have ups and down. Always try your hardest and do not let others discourage you.

(Note: An animated short that precedes the feature includes the following: We see a Potato Head grab another Potato Head and drag him away by the arm, leaving one of his arms and an eye behind. A Potato Head elbows another Potato Head and knocks him off his feet. A male and a female doll kiss briefly while other toys watch. A female doll tells a several toys that she and a male doll had not kissed. A male doll accidentally pulls his shorts off when casting a fishing line, we see him in boxer-style underwear and a toy jokes that she can see his underwear. We see a male and a female doll in swimsuits, the male doll's bare chest and back are visible and the female doll is wearing a bikini and later a one-piece bathing suit. A toy jokes that the cat feces had been dumped from a cat box as toys scatter cat litter on the ground. A male and a female doll scream loudly while they are "swimming" in a diorama when another toy turns a television onto a roaring shark. A toy pig is seen on a plate, as if to be served for food, and he spits an apple out of his mouth. We see a male and a female doll fall into a snow bank; we later see them frozen into a block of ice (they are unharmed and thawed).) 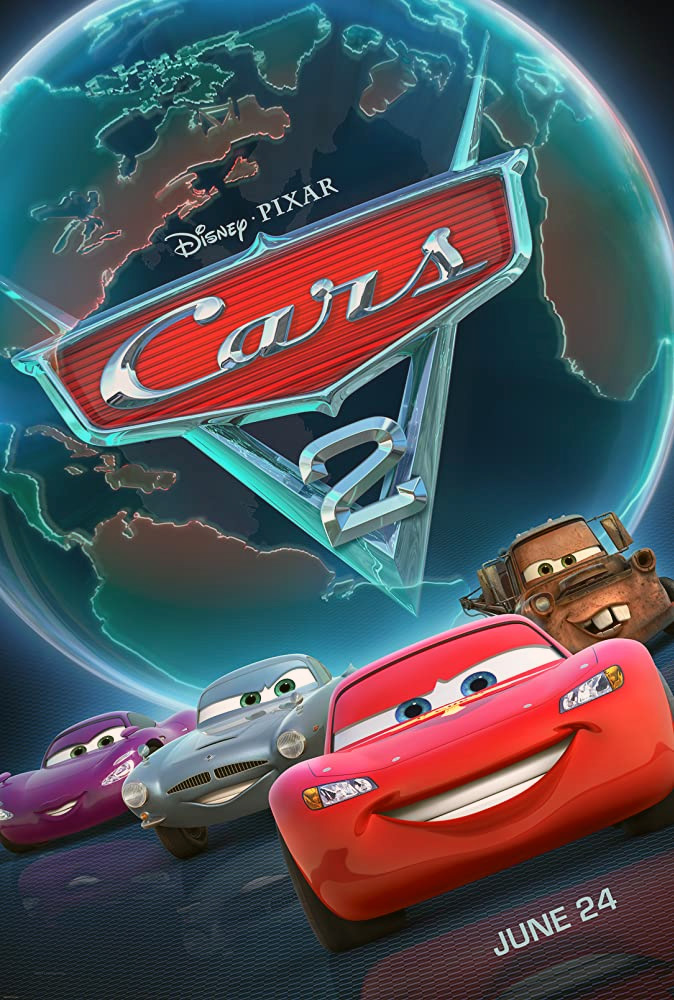