Bruce Nolan (Jim Carrey) is a television reporter who feels like he has reached as high as he can in his professional life, and blames God for all of the bitterness he feels about his life. His complaints are taken seriously by God, who appears in human form (Morgan Freeman) and endows Bruce with divine powers, challenging him to see if he can do a better job. Also with Jennifer Aniston, Lisa Ann Walter and Nora Dunn. Directed by Tom Shadyac. [1:40]

SEX/NUDITY 5 - A man and a woman kiss passionately and the man removes his clothing (we see him in his underwear): the woman then goes to the bathroom where the man is apparently using his supernatural "powers" to excite her from the other room -- the woman moans, thrashes around and falls to the floor -- and when she comes out she charges toward the man, he picks her up and throws her in bed. A man and a woman kiss (the woman caresses his buttocks) and another woman finds them. A man and a woman kiss in a few other scenes, and a man and a woman hug. A man and a woman are shown in bed together waking up (we see the man in his boxer shorts). A woman looks at her breasts and talks about feeling like they have grown overnight. A woman's dress blows up and we see her panties and bare thighs, women's tops reveal cleavage in several scenes, and a woman's suit reveals cleavage and bare thighs. A man wags his buttocks at a woman's face. A man remarks about a woman in a picture and says "you look perky."

VIOLENCE/GORE 3 - A man is hit by a truck and dies (we see him being shocked by medical staff); but he wakes up in the hospital with bruises on his face and bandages on his hand and head. A man trembles and has a shocked look on his face as a monkey apparently passes from his backside, tears open his pants and jumps out, and then again when the monkey jumps back into his pants (we see the man's face and hear him collapse onto the ground). A meteor crashes into the ground (people run, panic and scream and we see dust in the distance). A man spits out many flying insects that swarm a group of men as they run away. A dog digs up a body (we see shoes and pant legs). People are shown rioting, looting and causing destruction in a street (cars and stores burn). A man crashes his car into a lamppost, a man opens a file cabinet drawer that pushes him back as it continues to open, and then drags him back as it closes. A man is tackled and roughed up by a group of men (he has a bloody lip), a man's car window is shot out, and a man is thrown out of a door and his things are thrown at him. A woman tackles a man to the floor, a man smacks a sandwich out of another man's hand, and a man is hit in the face by a popping champagne cork. A man throws a beeper out a window and it breaks against a lamppost. A room, a man, a dog and a woman are completely covered with post-it notes. Children throw balls at a man, hitting him in the head, face and body. A man holds up his hand and it has 7 fingers. A woman talks about rat pellets being found in a bakery's dough. A man (who happens to be a baker) picks his nose in a few scenes. A man pours a pitcher of milk on several children, a man steps in a large puddle and gets his pants wet and muddy. A dog urinates on furniture several times, and once continues to urinate through the house as he is being carried outside; a dog also urinates in the toilet (we hear trickle) and sits on the toilet in one scene. A boy eats paste and glitter, and a man flatulates loudly while doing a news cast. Two women have massages by two other women who are walking on their backs (we hear crunching).

SUBSTANCE USE - A van full of marijuana is shown and people are shown drinking alcohol.

MESSAGE - We all have the power to make our own miracles. 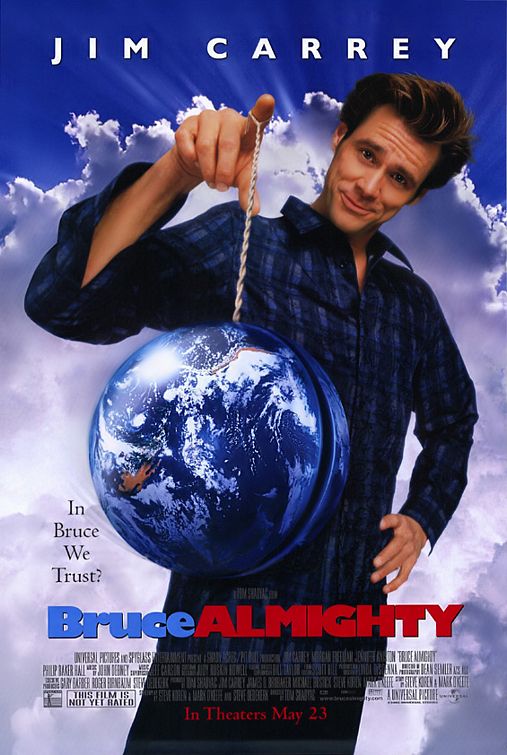