Based on the true story of a Nebraska girl, Teena Brandon, who pretended to be a boy and was raped and killed by her girlfriend's friends when they discovered her real identity. With Hilary Swank, Chloë Sevigny, Peter Sarsgaard, Brendan Sexton III, Alison Folland, Alicia Goranson, Matt McGrath, Rob Campbell and Jeanetta Arnette. [1:56]

SEX/NUDITY 9 - Many instances of sexual innuendo and several kisses, some passionate. There are several instances of a female-to-male transsexual having sex with a female: In an extended scene, a girl kisses another girl passionately, undresses her, caresses her bare breasts and performs cunnilingus (we only hear the girl's moans and see her facial expressions); we then see her thrusting on top of the other girl -- presumably using a plastic phallus we see earlier in the movie. In two other scenes, we see the two girls kissing and one removing the other's shirt; it's implied that they are about to have sexual contact or have just finished (in one scene, we see part of one girl's breast and in the other we see a girl's bare back before she puts on her coat). We see a shirtless man, a girl in her panties wrapping a cloth bandage around her breasts to flatten them and another girl in her bra and panties; also, we see a girl's bare backside as she's showering, a girl's genitals after two men pull off her underwear and a man's bare buttocks after he finishes raping a girl.

VIOLENCE/GORE 8 - Two people are shot and killed (we see blood splatter on the wall behind one of them) and one is also stabbed after being shot. We see a corpse lying in a pool of blood and another with a blackened, swollen eye. Two extended, graphic and extremely disturbing scenes of two men abusing a woman: in one scene, they punch, kick and hold her against a wall before pulling off her pants and underwear; in a later scene, they tackle and punch her repeatedly, rip off her pants and shirt, then rape her (we see one thrusting on top of her in the backseat of a car, then one bending her over the back of a car and thrusting). Afterwards, she has many bloody cuts and bruises on her face and back; in a later scene, we see her crying and punching herself in the head. Several pushes, punches and scuffles. A group of boys chase someone inside a house, then bang their fists on the walls and throw something through a window. A man purposely puts his hand in a campfire, shows scars on his chest and leg from self-mutilation wounds and runs a knife blade along his bare chest (he doesn't cut himself). We see someone fall off the back of a moving truck several times while playing a game. A man pulls people out of a car and drives off without them. Reckless driving. A man yells at a young girl after she apparently urinates in her pants while sitting on his lap.

LANGUAGE 10 - At least 90 F-words, some profane finger gestures, many anatomical and scatological references, several mild obscenities, a couple of insults and many instances of name-calling.

MESSAGE - Ignorance, prejudice and jealousy can inspire cruelty and murder; murder is tragic and senseless. 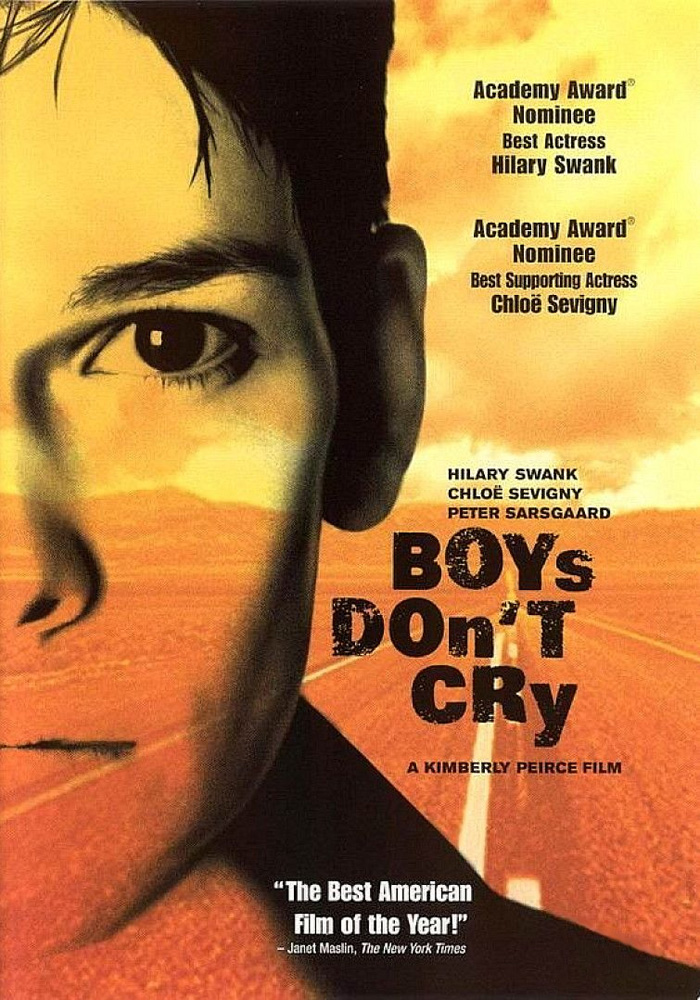