Spy story set in Europe about a man (Matt Damon) who's found near death floating in the Mediterranean. When he recovers, he cannot remember anything about who he is, where he comes from or what he does. However, when attacked by assassins, he discovers he possesses a range of extraordinary martial and survival skills and he sets out to discover his identity. Also with Franka Potente, Chris Cooper, Clive Owen and Brian Cox. [1:55]

VIOLENCE/GORE 5 - A man is shot once in the arm and once in the body (we see his torn coat and some blood) and he lies back and dies. A dead man is slammed through a broken railing and shoved over the ledge (it is several stories high) while another man rides on his back down to the ground floor and they both slam hard onto the ground. A door is kicked open and a man slams it several times on the man on the other side, and then shoots him. A man is shot and falls back, and a man is shot through a window by a sniper (we see the man lying dead on the floor). A man is shot twice in the back, and a man is shot three times and lies dead on a street. A man jumps through a window and lands on the ground below (we see his body lying face down on the sidewalk with a crowd of people around it). A man is put on a table and another man cuts away his diving suit with a scalpel: He uncovers two bloody holes in his back and he digs into the holes to remove bullets -- we see the bloody holes, and the instrument going into one hole and removing a bullet with a squishy sound and more blood; the "surgeon" then opens an old scar and removes a metal capsule with more squishy sounds and blood. A woman is shown dead with a bullet hole and a trickle of blood on her forehead. A man goes into a morgue, a body in a bag is pulled out on a slab (people react to the smell), the man unzips the bag and reaches into it. A man attacks and dispatches several armed military guards with kicks, flips, punches and one man is punched in the stomach and shoved down stairs. A man grabs a nightstick from a police officer and beats the officer and his partner to unconsciousness. A man crashes through the window of a house, landing inside while firing an automatic weapon, and he and another man fight: there is a lot of punching, kicking, slamming into furniture, one man pulls a knife and slashes at the other man, and the other man pulls a pen and stabs the other man in the arm and the hand (we see the man pulling the pen out of his hand with blood and a squish). A man punches a man in the face a few times (we see his bloody nose and a scratch on his cheek) and one time his head is thrown back into a wall knocking him out. A man grabs a man from behind, shoves him against a wall, holds him by the throat and yells at him. A man chases a woman and shoves her against a wall, and a man is shoved against a wall. A man orders a group of secret agents to assassinate a man. A man breaks a car window with his hand, and a man breaks a door down. A man is chased through a building by armed guards, he runs out onto a ledge, climbs onto an unstable railing which breaks under his feet and he climbs down the side of the building along a very narrow ledge. We see several shots of what appears to be a body floating in the sea (we see it from under the water and then from the deck of a passing ship). Men hold guns to the heads of other men in a couple of scenes. Children are in danger when assassins find the men they are assigned to kill. People yell in frustration and anger in several scenes. A man shoots at a tank that explodes and billows flames and thick smoke. A woman vomits and we hear the splatter. A man and woman in a car are surrounded by police, they speed away and drive recklessly while being chased through very busy streets: they drive the wrong way down one way streets, they drive down some stairs (sending sparks flying), they are nearly hit by a bus, they drive along sidewalks causing pedestrians to jump out of the way, they drive through a glass phone booth, a van tips over, cars crash into it and many men on motorcycles topple over, skid and crash. One motorcycle crashes into a car throwing its rider through the air and to the ground. People talk about other people being dead, either having been murdered or due to accidents.

LANGUAGE 5 - 2 F-words (one is mouthed), 12 scatological terms (5 are in German and are not translated into English), 12 mild obscenities, 5 religious profanities, 15 religious exclamations.

MESSAGE - Sometimes it's better not to know who you are. 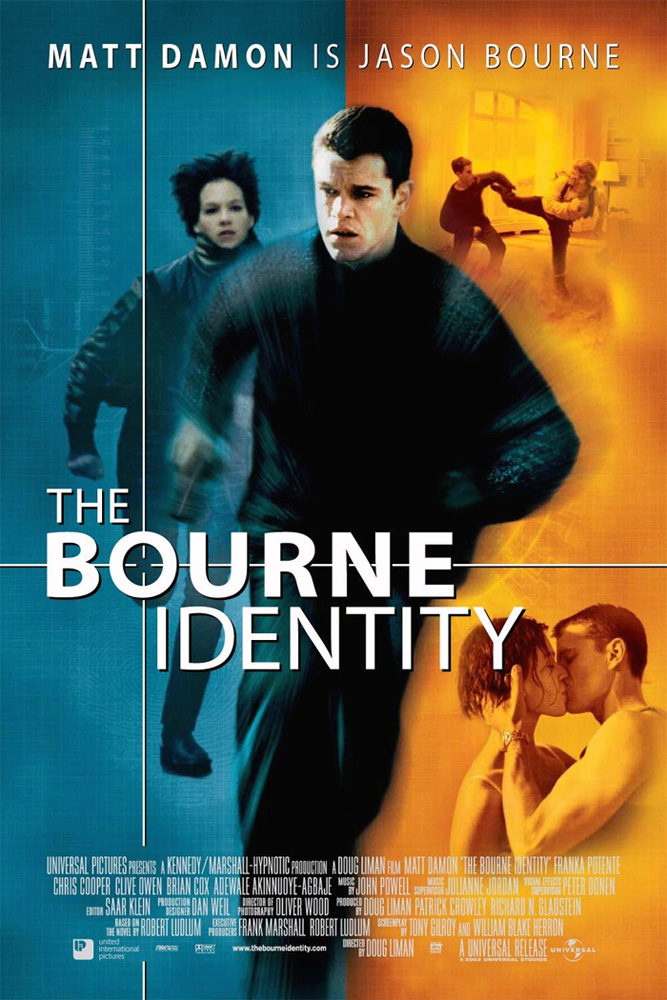