Clint Eastwood stars as a veteran FBI agent who was forced to retire after heart transplant surgery. Against his cardiologist's (Anjelica Huston) orders, he goes back into action in order to track down a killer who may be connected to his new heart. Also with Jeff Daniels, Wanda De Jesus and Tina Lifford. [1:41]

SEX/NUDITY 2 - A woman caresses a man's hair and face, kisses his neck and chest and they kiss; we see them sleeping in bed together later (he's bare chested and we see her bare back). We see a man's bare back and chest in a few of scenes -- several take place in a hospital while a doctor is examining him, and another shows him looking into a mirror. We see a woman wearing an oversized shirt and her bare legs are shown briefly. A woman wears tight-fitting tops that reveal cleavage. A man and woman hold hands; it appears that it is for comfort.

VIOLENCE/GORE 6 - We see a security video (many times) of a robbery at a convenience store where two people are shot and killed (we see a woman lying dead on the floor with a puddle of blood around her head), and another tape of a man being shot in the head and we see matter spurt when he is hit. A man shoots another man in the chest and the man falls back, and a man shoots another man and blood pours from the wound. A woman holds a wounded man's head under water to kill him. A dead man with a bloody bullet hole in his head and splattered blood on a wall behind him is shown (a man pulls a bullet out of his mouth); and we see another man with a bloody bullet hole in his head. We see a dead woman lying on a floor with blood around her head and we hear that her throat had been slit. A dead body covered with a sheet (blood has seeped through) is shown at a crime scene, and another dead, blood-covered body is shown along with words painted in blood on a wall. A boat, with a man on the bow firing a gun, races toward a ship that has run aground, crashes into it sending the man hurtling through the air and landing hard on the stationary ship (we see him with a bloody face). There is a shootout between two men firing their weapons back and forth. A man cocks a shotgun, walks toward a man in a car and starts shooting as the car speeds off; the windows of the car are shot out, the car almost runs into a dumpster, and almost into the shooter, while a woman begins shooting as the car too, as it speeds out of sight. A man shoves another man back onto a sofa and holds him down while checking his pockets for identification; the man being held down kicks the other man off of him. A man punches another man, breaks a window with a chair and jumps through the broken window to the ground below. A man punches a man in the face and shoves two men off a boat and into the water. Two men go into an abandoned ship and walk through darkened passageways. A man jumps into a pool of water and disappears as the another man shoots his gun into the water after him. A man has a dream that he is shot many times in the chest. A man chases another man down a street, then into an alley, crashes through a wooden gate, climbs over a wall, runs through an abandoned building, and stops at a fence and fires his gun at the man he was chasing (we hear the other man groan as if he'd been hit). There are bloody shoe prints on a stairway, and we see a pair of blood splattered shoes through a crowd. A man talks with glee about the details of the murders that he has committed. There are many detailed discussions about and references to murder cases. A man makes reference to two people dying in a black hole and a man makes a threat against a boy's life. A man threatens to beat another man up, a man threatens another man with a gun and a man fires his gun into a stack of newspapers. A man shows a woman a gun that he has tucked into his belt. A man has tests in a hospital and we see a scope being inserted through his neck (he reacts as if it causes him pain). We see a large scar and bruising on a man's chest, and we see an old bullet scar on a man's back. A man collapses, holds his chest and we hear a rapidly beating heart. A man rubs his chest frequently and appears to be suffering from some discomfort. A boy touches a man's gun (left in plain view in a bag). A police detective says "we need fresh blood to solve this one." A man makes a reference to having hemorrhoids. There are many scenes of men yelling and talking to each other abusively.

MESSAGE - An accident may be more than coincidence, it may be fate. 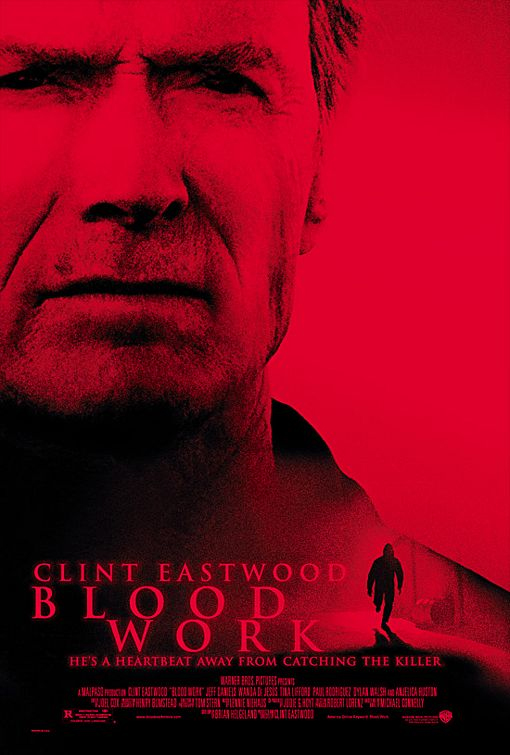