Set in Bucharest, it follows a clan that's half human and half wolf; its members live in constant fear of exposure and extinction from their human neighbors. And when one member falls in love with a human, the other members cannot tolerate the situation and threaten to kill him. With Agnes Bruckner, Hugh Dancy, Olivier Martinez, Katja Riemann and Bryan Dick. Directed by Katja Von Garnier. [1:38]

SEX/NUDITY 4 - A young woman wearing a low-cut, tight-fitting dress (deep cleavage and bare thighs to the hip are visible, as well as the outline of her nipples through the dress) dances suggestively while a young man looks on with interest; he approaches her, she continues to dance, he puts his hand on her clothed buttock and she pushes him away.
► A young woman lies nude after shifting from her wolf form to her human form and we see her bare abdomen, legs and side of her buttock. We see two nude male dead bodies (bare buttocks, chests and legs are visible). Men and women begin removing their clothing before a hunt and we see the young men bare-chested. A young woman wears a low-cut nightgown that reveals cleavage and bare shoulders, and a woman wears a low-cut dress that reveals cleavage in several scenes. We see a picture of a woman's bare buttocks and young men throw darts at it.
► A young man and a young woman kiss tenderly in a few scenes, a young woman kisses a young man, and a woman kisses a man.
► A woman tries to seduce a man in several scenes and he refuses her. A young man and a young woman flirt and hold hands in a few scenes.

VIOLENCE/GORE 6 - Two young men fight: they head-butt each other, punch and throw each other, one shape-shifts and becomes a wolf, bites the other on the leg, one lunges at the other throwing them both over a balcony and we see one dying on the floor (he smolders and has bloody patches on his skin after having been touched by a silver medallion).
► A young man breaks into a young woman's bedroom, he shape-shifts and becomes a wolf, and he attacks and kills her (we do not see the attack but we see her dead body, with blood on her abdomen, later).
► We see flashes of flares in the sky and a family runs toward their house, they are followed by men with guns who shoot and kill the father, the house is set on fire, the mother is shot, and two children are then shot off screen, while one girl runs into the woods and escapes.
► A man is cut on the arm with a knife, and then chased by many young men and young women who shape-shift, become wolves and attack him (we see the wolves tugging and biting the man and hear him screaming; no blood or carnage is visible). In another scene, a young man is also cut on the arm with a knife, he is chased by many young men and a young woman through woods, who shape-shift, become wolves, and two lunge at him; he slashes them with a silver knife, and they smolder and lay dying.
► A wolf is shot (we see it with a bloody bullet hole in its side) and dies. A young man blows silver dust in the faces of two men who smolder and scream (we hear sizzling but do not see them die). We see two nude dead bodies that have bloody wounds.
► A young man lights a puddle of alcohol on fire and the building he is in burns and explodes as he runs away (we hear screaming and howling inside the building).
► A young man shoots a man and the man pulls the bullet out of his side (we do not see blood or tissue); other men shoot at the young man, he crashes through a skylight and falls toward the ground (he is stopped by a cord wrapped around his ankle), and several people shoot at each other.
► A young woman is attacked by several young men, she punches and kicks them and then a man grabs her around the throat and takes her away in a car. A man slams a young man's head into a wall repeatedly.
► Two wolves fight ferociously; one is thrown into a river and is pulled away by the current (it is not clear if the wolf dies).
► A wolf is slashed with a silver knife, the wolf turns into its human form and we see a bloody cut on the arm.
► A man is bound and forced into a room where he is held down on a counter and forcibly injected in the neck with a syringe containing a drug that leaves him unconscious. A young woman cuts her finger and we see it bleed.
► A woman with a gun threatens a young man, and a young woman with a gun threatens a man.
► A young woman walks alone in a dark alley, several young men jump back and forth in a metal structure above her, and she becomes frightened and runs away. A young man and a young woman climb along a rooftop (the young man teeters near the edge at one point). We see a young woman locked in a cage.
► A young man talks about having assaulted his father who was abusing him. Young men throw darts at a picture of a woman's bare buttocks.

SUBSTANCE USE - A man is forcibly injected in the neck with a syringe of a drug that leaves him unconscious. People drink alcohol in several dance club scenes (one drink involves lighting the alcohol under a spoon and involves absinthe). There is a reference to a man selling drugs and using "dirty needles."

MESSAGE - Never give up; we are all capable of changing our destiny. 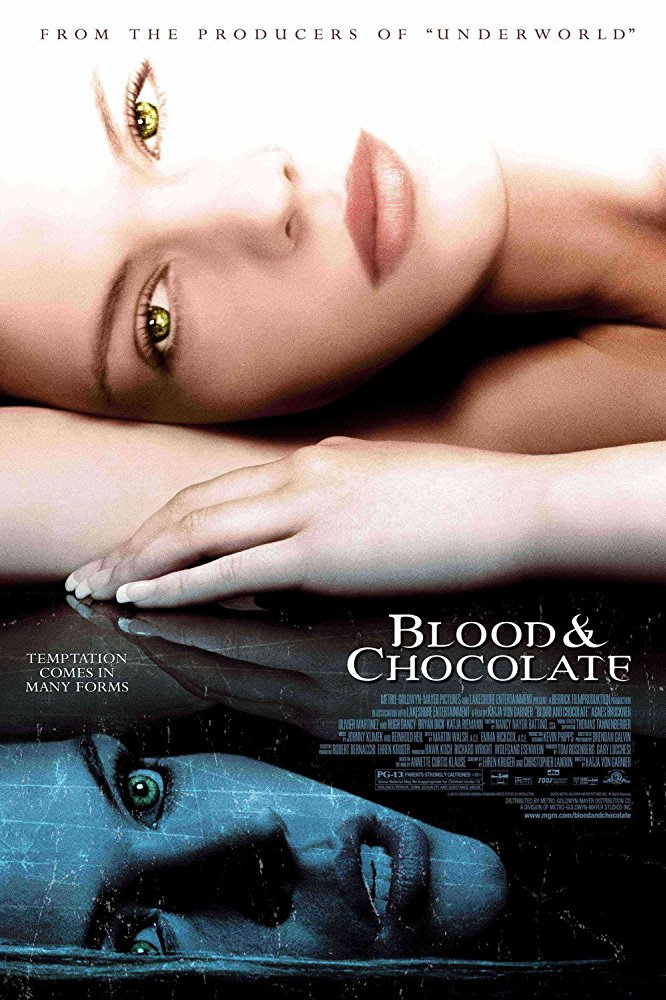