SEX/NUDITY 4 - Some sexual innuendo. We see a few glimpses of a man and woman moving underneath sheets, then see them lying in bed the next morning (we see his bare back and chest when he gets out of bed). A woman wearing a nightgown sits on a bed, then a man's hand reaches up and pulls her off-screen; in another scene we see a clothed man and woman talking in bed. A doll hanging from a car's rear-view mirror has breasts that light up. A man briefly tries to "pick up" a woman in a bar. We see a shirtless man.

VIOLENCE/GORE 7 - A few people are shot; one is shot in the chest (the person is seen slumped in a chair several times, each time with more blood soaking the shirt and more blood dripping from the hand onto the floor, which is seen in close-up a couple of times; once we see a close-up of blood running from the person's nose); another person is shot in the back (bloody holes are seen on the front and back of the person's shirt as the person falls to the ground; later we see the bloody body lying on the floor again); and another person is shot through a door (we hear the person yell and hit the floor, then see the body with blood running down the shirt). A person's hand is slammed in a window, then the hand is stabbed with a knife and pinned to the windowsill (we hear the person yelling in pain and see a few close-ups of the bloody hand; we also see a bloody cut on the person's face); the person eventually pulls the knife out. In an intense extended scene, a wounded person crawls away from a car and is nearly hit by a truck while another person drags the wounded one, who is spitting up blood, to the side of the road (at one point it seems as if the wounded person will be hit with a shovel); then we see a person digging a hole in a field, throwing the wounded person into the ground, and starting to fill the hole with dirt (we see the person being covered with dirt while screaming and moving, then see the shovel pounding down the completely filled grave). A person hits one of the wounded people with a heavy object to ensure the person is dead. A person drags a bloody body out of a building and into a car (we see the bloody body and blood on the car seat a few times). A person spits up a lot of blood and then falls to the floor in what turns out to be a dream. A man grabs a woman from behind, holds his hand over her mouth, and drags her out of a house as she struggles; she bites his finger, breaks free, and then kicks him in the crotch (we see him stagger and vomit; in a later scene we see his finger in a splint). A person tries to shoot another, but the gun is unloaded; also, in one scene a person is nearly shot, and in another scene a person shots through a wall several times, presumably trying to hit someone. A man kicks a gun, causing it to shoot (no one is hit). Someone tries to clean up a puddle of blood with a jacket (we see blood being rubbed around the floor, blood dripping from the jacket onto the floor, and blood in the sink as the jacket is rinsed). We see dried blood on the back of a person's shirt; blood on a man's finger after he touches a blood-soaked car seat, and blood soaking through a towel lying on top of a blood-stained car seat. A couple of times we see photos of two corpses lying in bed (blood is visible on the sheets, a wrist, a shirt, and one corpse's chest).

LANGUAGE 6 - About 9 F-words, several anatomical and scatological references, many mild obscenities, and a racial epithet.

MESSAGE - Those who deceive and scheme will be deceived and schemed against by others. 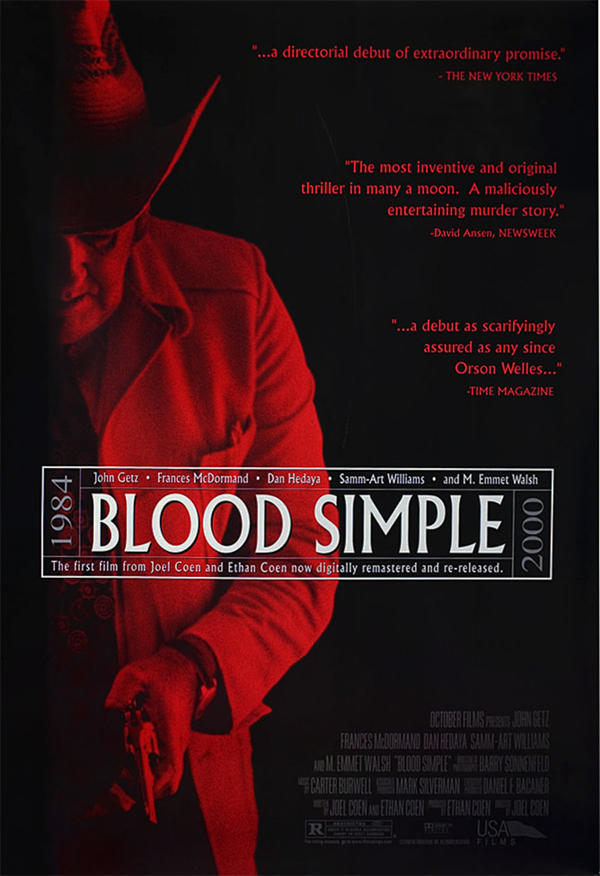