Based on Cathy Cash Spellman's novel, this supernatural thriller follows Maggie O'Connor (Kim Basinger) as she learns that the six-year-old niece she raised from birth (Holliston Coleman) is the object of a religious cult's prophecy; both she and a determined detective (Jimmy Smits) help save the girl. Also with Rufus Sewell, Christina Ricci, Angela Bettis, Ian Holm, Yan Birch, Lumi Cavazos, Matthew Lemche and Eugene Lipinski. [1:50]

SEX/NUDITY 1 - A little sexual innuendo. A woman wears a cleavage-revealing bra underneath a transparent shirt.

VIOLENCE/GORE 7 - Three people are shot repeatedly; two victims' shirts are bloody and two victims presumably die. A person is stabbed in the stomach (the person later removes the knife, which is fairly bloody). A person's eyes are stabbed with knitting needles (we briefly see the bloody sockets with the needles protruding). After being beaten, a slightly bloody person is seen sitting in a chair; when touched, the person's head falls off and rolls on the ground (we briefly see the bloody neck stump and the head rolling). A person douses self with gas and lights a match, which is blown out before a fire starts; later, a lighter is purposely thrown at the person, who is then engulfed in flames (in a later scene, we see the scorched ground and a body bag being wheeled from the area). A person regains consciousness in the driver's seat of a car that is heading the wrong way on a bridge; the car hits the side of the bridge, and the person is able to escape before the car explodes and falls into the water below. Two people in two different scenes are hit by cars (we see then fly up onto the windshield), another person is nearly hit by a car, and a car tailgates and then hits the side of another car. A child is lured into a van, then the door is shut and the child is presumably kidnapped; in a later scene, we briefly see the child's body being lifted out of a lake (we see a close-up of the child's arm, which has a large symbol burned/carved onto it). In two other kidnapping scenes, a person carries a child into car and drives away. We learn that several children have been murdered. A child is placed on a building's ledge and told to jump; also, a person holds the child partially over the ledge for a little bit. A person is hit from behind, grabbed by several others, thrown onto a subway track, then nearly hit by a train; a person is chased by several others, then beaten with sticks and kicked repeatedly; a person is thrown down a staircase and repeatedly kicked and hit with sticks; a person is grabbed from behind and a cloth is held over the person's mouth until consciousness is lost; a child bangs her head against a wall with a loud thumping noise; a person is punched; a person slaps another; a person is grabbed and dragged into a room; and a person appears to be injecting another with drugs. A person dreams that hundreds of rats are crawling around a room, surrounding a crying child on a bed; the rats try to bite and jump on the person. A bird flies into a window pane and nearly dies. Some threatening with guns; also, a large knife is held to a child's neck, and in another scene a person with a scarred face appears ready to stab a child, but nothing happens. Smoke bombs are thrown through windows of a building; people inside panic and run, knocking down some candles that start a fire. A building becomes engulfed in flames and starts collapsing, nearly hitting a few people. A couple of times we see a bulletin board with a few police photographs of a bloody torso and corpses' arms with symbols burned/carved on them. Lots of needle marks are visible on a person's arm while a nurse draws blood (we see the needle pierce the skin). Some blood is visible on the street where people are poking something (probably an animal) with sticks. We see some blood on a person's coat and some small scratches/bites on a woman's palms. A couple of times we see demons with red eyes and frightening expressions flying in the sky; also, a large demon appears and roars, lots of rats crawl around a room, and a person's face turns into a gray, demon-like face. 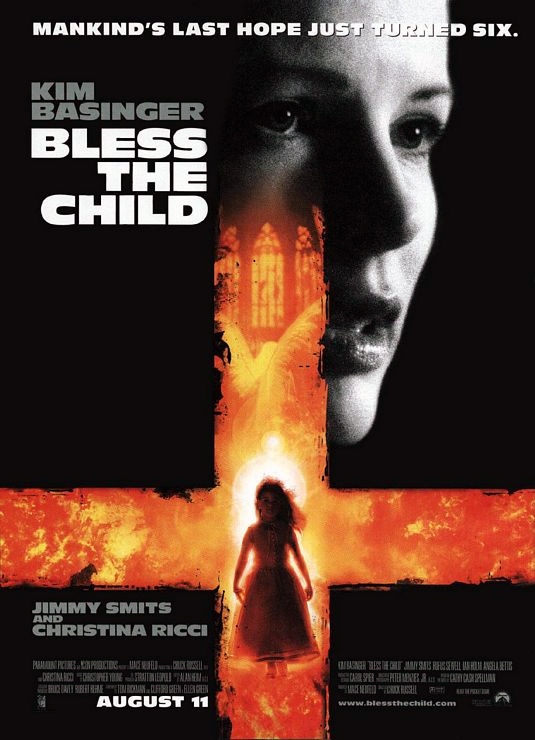