Owen Wilson stars as a Navy pilot who's shot down over enemy territory in Southern Europe and fights to survive while waiting to be rescued. Meanwhile, his commanding officer (Gene Hackman) violates his orders and mounts a last-minute, desperate rescue mission. Also with Joaquim de Almeida, David Keith, Olek Krupa, Eyal Podell and Elizabeth P. Perry. [1:45]

VIOLENCE/GORE 7 - Two missiles are fired from the ground at a plane and the plane flies recklessly trying to evade them; one missile flies into the ground and explodes, and one clips a wing. The plane splits in two and explodes in a fireball while the two occupants eject. A man is shot in the back of the head (we see a spray of blood) and falls to the ground (we see this scene twice). Another man is shot in the back and falls to the ground. A man shoots a man repeatedly as he walks toward him and the man shoots back; they end up falling to the ground and exchanging punches, and one man shoves a lit flare into the other man's chest. A man shoots a dead body five times and blood sprays on a man's face. We see women and children being forced off a bus; they are then shot (we don't see the people being shot; we only view the gunmen). A man covers himself with a dead body to hide from armed soldiers who are looking for him. A man falls into a ditch which is full of dead bodies (we see faces, clothing, hands and feet floating in mud). Soldiers walk through some rubble turning over dead bodies; we see some bloody faces and heads. A man walks through a bombed-out factory yard carpeted with mines -- we also see some children playing and stepping carefully over the trip wires. Three armed men arrive at the factory yard and the man begins to run through the yard tripping mines as he goes; we see the armed men thrown back, and see explosions surrounding the man as he runs. He eventually falls to the ground bloody and covered with dirt. Tanks and heavily armed soldiers come over a ridge firing at a man and several helicopters. The helicopters fire back, there are many explosions and people and vehicles are thrown in the air. Tanks and heavily armed soldiers fire on a building sending the occupants flying through the air, and we see bodies lying on the ground covered with blood and lying in puddles of blood. A truck drives through a bombed-out village and is fired upon, and we see a splatter of blood on the windshield and the truck flips over throwing the occupants out and onto the ground. A man sits by a tree to rest and a man sneaks up behind him; the man wakes up in a start after seeing a vision of a man being shot in the back of the head. A man sits on what looks like a dam wall, someone shoots at him and he slides down the wall and catches a branch from which he dangles. A man, hiding on a hilltop is shot at by troops, and he runs for cover while bullets fly everywhere. A man steps on a mine and freezes; we hear an explosion later and assume he was blown up. Two men run into each other midair, deploy their parachutes, one lands in some trees and dangles from the rigging and one lands in a field injuring his leg. A man dangles from a rope attached to a flying helicopter and grabs a man who jumps from a cliff. A man holds a gun to a man's cheek and threatens him, and a man steps on a man's wounded leg and kicks him. A man runs into a road in front of a truck which screeches to a stop. A man orders a man to "shoot him in the head." A wounded man is surrounded by troops with weapons drawn. We see a satellite image of a man running through some woods while being chased by armed soldiers, the man falls and is still -- the people looking at the image fear that he's been shot. A man has a blood-soaked cloth wrapped around his wounded leg, and a man has a blood-streaked face throughout the movie. We see an aerial view of a field strewn with dead soldiers, and we see a lot of evidence of war with bombed out buildings, burned out vehicles, rubble in streets, etc. There is a reference to people killing women and children. A little girl sits in the rubble of a building. We hear a news report about a plane having been shot down and a pilot having been killed.

MESSAGE - You don't get to pick your fights, they come to you. Sometimes you have to break the rules. 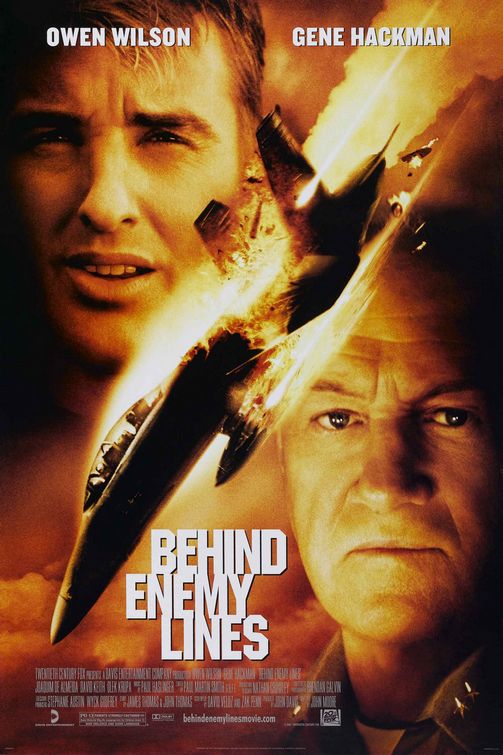