Adam Sandler stars as a maintenance man who dreams of managing a five-star resort hotel, that was built on the site of his father's far more modest hotel. When he has to take care of his young niece and nephew for a few days, he realizes that the bedtime tales they begin spinning have real-life repercussions. Also with Courtney Cox Arquette, Keri Russell, Teresa Palmer, Guy Pearce, Lucy Lawless, Russell Brand, Richard Griffiths, Aisha Tyler and Jonathan Pryce. Directed by Adam Shankman. [1:39]

SEX/NUDITY 3 - A man and a woman kiss. A teenage girl kisses a teenage boy on the cheek. A woman leans over to kiss a man and she is interrupted. A man asks a woman to kiss him on the cheek.
► Two men hug and another character says "that's creepy." A man and a woman make animal noises to each other suggesting that they might have a relationship. A man says about a woman, to her father, "She's very hot." A boy says "She's hot" about a girl. A man talks about a woman having a reputation for having fun in bars, with lots of different men. A woman asks a man, "Shall we go drink champagne in a hot tub?" A guinea pig makes kissing sounds.
► Many women wearing bikinis are shown in beach scenes. We see a woman as a mermaid and her bare back is visible and the side of a breast under the arm. A man wears a top made with two coconut half shells and wears it like a bikini top. A woman wears a short skirt that reveals bare thighs in a few scenes. A woman wears a low-cut dress that reveals cleavage. Women wear grass skirts and their bare abdomens are visible. A man stands on his hands, the skirt flips, and we see his underwear.

VIOLENCE/GORE 3 - In a story sequence a man finds several men surrounding a woman and stealing her belongings, she screams, the man attacks them, striking one man in the legs with a branch and knocking him down, and one man is shot (we see him fall to the ground, and there's no blood); another story describes how two men fight in zero gravity and we see them throwing each other, and one is shot with a plasma ray that slaps his face and the other fires a ray that tickles ears. In a story sequence a man rides in a chariot and jumps over a ramp and many elephants (he's unhurt).
► A woman is surrounded by paparazzi flashing cameras, she seems upset, a man in a truck comes and asks if she'd like a ride, he holds a drill in his hand, his truck backfires and the reporters think he has a gun and scatter.
► A fireball strikes a man causing him to incinerate (it happens in a story sequence and no gore is evident).
► A man is kicked in the shins a couple of scenes (he moans and grabs his leg).
► A man jumps into water and we are told that he was "eaten by crocodiles" (as part of a story). A man kicks a goblin out of a room (as part of a story). An overweight man lies on his back on a beach in a couple of scenes and another man stomps on his stomach causing him to spit out a large, whole fish (the man is OK). A woman on roller-blades skates into a man and they both fall to the ground. A man trips over a chair and falls on the floor. A man trips and falls on the floor. A man falls on the ground. A man steals a motorcycle and drives dangerously swerving through traffic, nearly crashing head-on into a group of bicyclists, etc.
► We see an animated image of a huge black raven with a woman's face superimposed on it and it squawks loudly. We see a couple of scenes that show alien life forms -- like a female with lobster claws for hands.
► People protest outside a school building that is being prepared for demolition (two children are inside). A man threatens another man. In a story sequence a cowboy hears gunshots and a woman screams. A man screams in his sleep.
► A woman yells at a man and makes a remark about how he "punched my husband." A man talks to another man in a dismissive and disparaging manner. A man asks two children if they want to go next door to "TP the neighbor's trees." A man of short stature says, "Big people stink." A man says, "I'm like the stink on your feet." A man steals another man's wallet.
► A man is stung on the tongue by a bee, his tongue swells and he has trouble talking. A man sprays another man in the eyes with a flame retardant chemical, the man screams, and the first man sprays himself and begins screaming. A man twirls flaming batons (no one is hurt) and another man pushes him into a pool.
► We see a " booger monster," covered with green slime, and it spreads the slime onto a man, and then licks him leaving more slime behind. We see mucus from a boy's nose. A man throws French fries at a another man and they stick to his forehead (we see a smear of ketchup). A boy and a girl pretend to shave (we see them with shave cream on their faces and they use razors with no blades to remove it). A man has a rash on his face. A man coughs and gags while trying to eat rice cakes, he puts peanut butter on them, and then toothpaste and takes a bite. A woman uses a guinea pig as a powder puff. A man picks his nose. A horse flatulates loudly, a man flatulates and a guinea pig flatulates.

SUBSTANCE USE - People pour wine in glasses at a celebration, a woman asks a man, "Shall we go drink champagne in a hot tub?" and people talk about going to get wine and cheese at a tavern.

MESSAGE - Fun is only limited by your imagination. 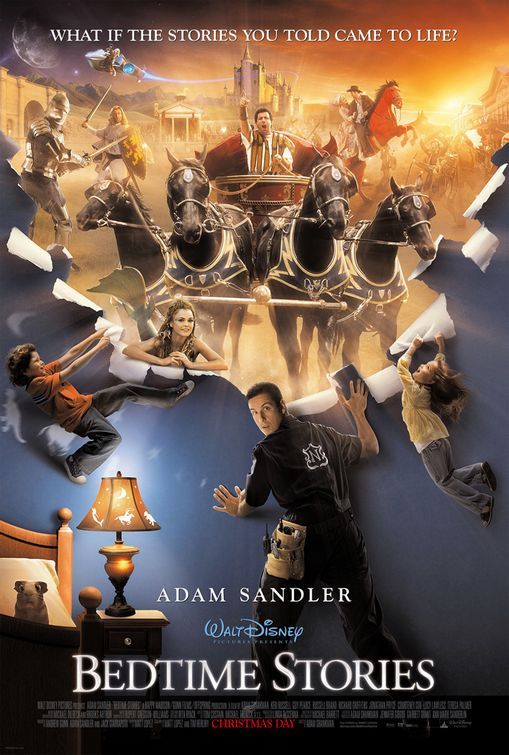