It's the near future and a mercenary (Vin Diesel) is hired to transport a young woman (Mélanie Thierry) across the U.S./Canada border. He doesn't know why his client wants her or what they'll do with her when he delivers her, and he does not care -- at least in the beginning. Also with Michelle Yeoh, Lambert Wilson, Gerard Depardieu, Charlotte Rampling, Mark Strong and Joel Kirby. Directed by Mathieu Kassovitz. [1:30]

SEX/NUDITY 4 - A young woman caresses the bare chest of a man (he wears a towel around his waist and she wears a tank top and panties), she moves toward him to kiss him and they are interrupted.
► Three women in skimpy outfits (low-cut tops that reveal cleavage and thong bottoms that reveal bare buttocks and legs) dance seductively around poles -- we see them in two background shots.

VIOLENCE/GORE 7 - A man grabs a young woman and locks her in a cage with him, another man enters the cage, the two men fight with punches and kicks and one man is strangled to death (one man has a bloody mouth). Two men engage in a cage fight while a crowd watches and cheers: we see punches and kicks, we see blood smeared on one glass wall, and we see one fighter break the neck of the other with a twist of his hands (we see blood on the hands and chest of the killer). A man, a woman and a young woman fight many people trying to stop or shoot them (we see twisting limbs, punches and kicks).
► A man shoots another man and blood splatters. A woman is shot in the chest, she slumps to the ground (we see blood on her mouth and her shirt) and she dies. A man holds a gun on three people and another man shoots him (no blood shown) and he falls to the ground dead. A man is shot in the chest and falls to his knees. A man shoots another man in the head and we see the man slumped in a chair in the background (no blood). A man shoots several men, several others shoot back at him, rockets are fired targeting the man, and one explodes near him and he is thrown.
► Many men holding guns blow down a man's door (dust and pieces are thrown through the air), hold guns on a man seated at a table, the man turns around, takes one of the men's guns, holds it to the man's chin, and then shoots (we hear the man fall to the floor, but do not see any blood or matter).
► Two snowmobiles are chased and shot at by planes, they dodge the bullets and rockets and jump over cliffs, and one is struck and the driver is thrown (we see the man lying on the ground with a bloody hole in his back; a piece of bloody shrapnel is removed from the hole).
► A large explosion at a train station where many people are gathered and waiting for trains throws rubble and debris through the air (we see a few bodies lying on the ground).
► Many people charge toward and try to climb into a submarine, people pull each other off and they drop into the frigid water around the ship, others are shot trying to get in, and others are taken into the water when the submarine submerges.
► During a car chase, people in cars shoot at another car, one car flips inside a tunnel and crashes, another car runs into a barricade, and a man climbs from one car to another, punches out the window and drops an explosive inside (it blows up). A man is shot in the leg.
► A young woman holds a gun on a man, he holds a gun on her and another man retrieves the gun from the young woman; she struggles with him and falls to the floor unconscious. A man grabs another man, holds a gun to his face, and pulls the trigger while yelling at him (no bullet discharges); he then pulls money out of the man's pocket, shoves him and leaves.
► A man, a woman and a young woman are chased through crowds by men with guns, they each fight several people and several men take the young woman away. A woman punches a man in the face and he falls to the ground. A woman slaps a young woman hard in the face. A man is strapped into a chair and a device is placed on his head (he thrashes and becomes agitated, and we hear that he is dead).
► We see three dead polar bears with bloody bullet holes. A tiger in a cage snarls and claws (a young woman standing outside is frightened). We see a dead dog hanging by the throat in a marketplace.
► A man throws money into the air and a crowd of people rush to try to get it. We see many people milling around in a refugee camp and guards with guns watching them. A group of boys in a street throws stones at a passing car.
► People walk across the frozen Bering Straits and watch as a submarine pushes up through the ice. A man gets into a car that is lifted into the air by a helicopter using a large magnet and is carried a great distance.
► We hear about cities turning into war zones and we see streets strewn with rubble and abandoned vehicles. A man talks about living by a survivor's code: "Kill or be killed." A man talks about a "viral bomb" being transported into the U.S. We hear that a man was dead for two hours and that he was "rebuilt."
► A man buys a dead rabbit from a woman in a market, carries it wrapped in paper over his shoulder, removes its head and skin (we don't see blood) and sautés it. A man showers and we see a bloody gash on his shoulder. We see a woman receiving many injections in her face that appear to remove wrinkles instantly.

SUBSTANCE USE - A man injects something into his own neck. A man, a woman and a young woman drink alcohol from a flask, a man drinks wine with dinner, and a man pours wine into a pan with rabbit meat. Two men smoke cigarettes, a man starts to light a cigarette but is interrupted, and a man holds a cigarette to his mouth (he does not light it).

MESSAGE - Even hardened cynics can end up making emotional decisions. 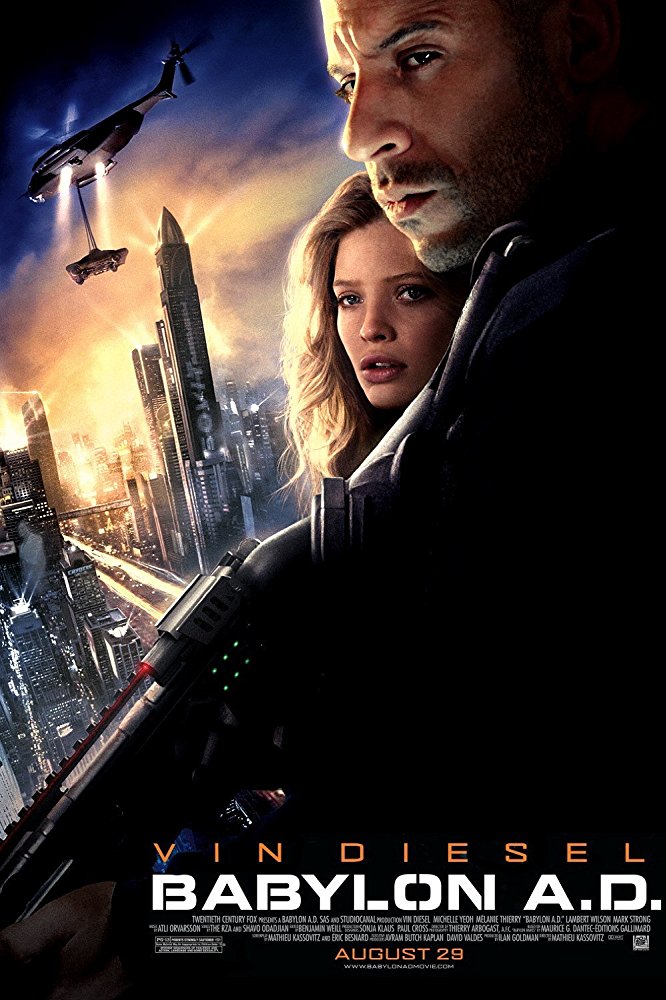